Grant Thornton raked in bumper profits last year – despite fines for its botched audits of Patisserie Valerie and Interserve.

The accountant, which ranks just below the ‘Big Four’, said ‘exceptionally buoyant demand’ for its advice on mergers and acquisitions helped profits jump by 37 per cent to £116million.

It hired more staff to keep up with the work. Its headcount rose 12 per cent to ‘just over 5,100’ while 30 senior staff became partners. 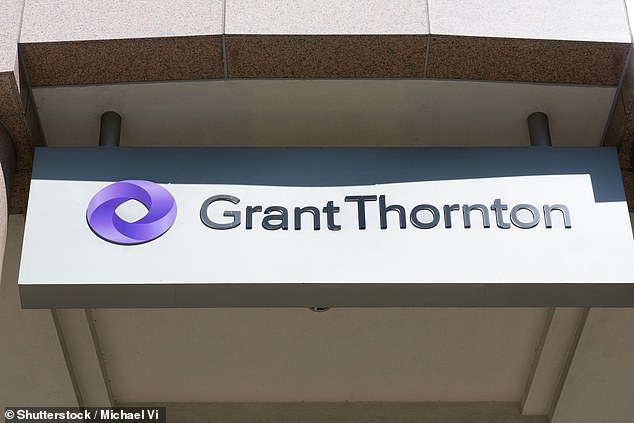 In demand: Accountant Grant Thornton said ‘exceptionally buoyant demand’ for its advice on mergers and acquisitions helped profits jump by 37% to £116m

The partners were paid an average share of profits of £611,000 each. At rival Deloitte, partners’ average pay passed £1million last year.

Grant Thornton chief executive Dave Dunckley said it had been an ‘outstanding year’.

He added: ‘We know that some of the exceptional market conditions and elements which drove our overall performance in 2021 are unlikely to be recurring.’

The UK’s accountancy regulator piled £4.2million of fines last year on Grant Thornton and its partners who were in charge of audits, over work done for collapsed cafe chain Patisserie Valerie and outsourcer Interserve.

It is still under investigation for its audit of Sports Direct.