ALEX BRUMMER: Bringing Arm back home would be a boost for Britain


Downing Street was totally mesmerised by Softbank chief Masayoshi Son when he was invited into the inner sanctum and encouraged to buy Cambridge-based Arm Holdings in 2016.

The deal was portrayed as a vote of confidence in Britain and the five-year pledge to support research and development, and jobs in the UK, taken at face value.

Far from being a long-term investor, Son has demonstrably been shown to be a trader in tech assets, backing flops such as WeWork and even Greensill. He survived because of the phenomenal returns on his Alibaba, stock which he is currently selling down. 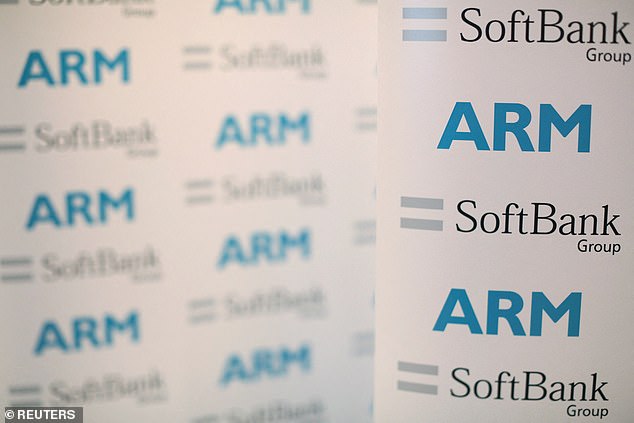 In this universe, Arm has been nothing but a bit player. Useful to Son in building relations with Beijing and enticing Saudi Arabia into his Vision Fund, but never the transforming tech for his telecom and other interests, as originally described.

Softbank’s efforts to sell out Arm’s tech wizardry to Nvidia for £50billion – a bid which was worth twice that as Nvidia stock soared in the pandemic – hit obstacles from anti-trust authorities in every region.

So now Son is counting on an IPO to restore cash. Out goes Arm chief Simon Segars, who earned no loyalty for unstinting support for Nvidia (in spite of the opprobrium of founder Hermann Hauser), and in comes American Rene Haas.

All the signs are that, irrespective of its UK university and tech heritage, Arm will float on Nasdaq.

Boris Johnson, the London Stock Exchange and the City cannot allow that. Arm is a European tech leader.

City deal-makers must convince Son he needs to return a British champion to its roots.

There is no disguising the fact that BP’s cash machine was in overdrive in 2021, returning £9.5billion in earnings – the biggest gain in eight years.

The extraordinary profitability of big oil, when households are reeling from surging home heating and fuel costs, is incongruous to say the least.

It has agitators from across the political spectrum frothing at the mouth and calling for a windfall tax.

Such a tax could certainly help pay citizens’ and corporate energy bills in 2022.

But it is also worth noting that the UK’s tax system, in spite of claims to the contrary, does not have a ‘rob Peter to pay Paul’ tradition. Moreover, it is not as if BP is getting away scot-free.

As has often been the case throughout its history, it is among the UK’s biggest taxpayers anyway.

The latest profit and loss shows a tax bill of £4.3billion together with a further charge of £605million on oil currently held in storage.

The critics appear to have little understanding of how capitalism works. Liberal Democrat leader Sir Ed Davey appears to think we have two different kinds of citizens in the UK: Consumers and shareholders.

They are largely one and the same. BP’s dividends and share buybacks, together with Shell, has lifted the whole FTSE 100 after a debilitating run.

That boosts everyone in the private sector’s pensions (most public sector pensions are paid out of the Government’s current income).

Automatic enrolment, one of the hard-won achievements of the last Labour government, means that most people working in private businesses – from the hairdressing salon to local construction firms and large corporate employers – are paying into pension funds managed in the City.

A windfall tax would simply make retirement, when it comes, meaner.

Of all the oil majors, BP under Bernard Looney’s stewardship is the most committed to carbon neutral targets and is engaged in transforming investment in the UK.

It is committed to capital investment in offshore wind, hydrogen et al of up to £3.7billion a year by 2025 and £4.4billion by 2030 irrespective of oil prices.

That ought to satisfy the green fanatics. But it never will.

Ocado investors need the patience of Job. The latest data is described by Shore Capital as ‘horrendous’, with material losses, massive capital expenditure of £800million required in 2022, continued litigation and bags of investment in things which don’t make money.