ALEX BRUMMER: Downing Street’s failure to assert itself in defence of its beliefs, from social care to levelling up, has led to chaotic decision making

White phosphorus attacks, millions of Ukrainians fleeing to the West and Nato’s endless debates about how to curb the Putin menace have provided Boris Johnson with the opportunity to be a statesman.

It has made it harder for opposition parties, or the awkward squad on his own backbenches, to lay a glove on an erratic Prime Minister still subject to the slings and arrows of his former guru Dominic Cummings.

The spring mini-budget exposed great dysfunction at the heart of government. Playing Winston Churchill has enabled Johnson to burnish his poll ratings. Yet one suspects that by the time the next election comes around, it probably will be ‘the economy stupid’ which settles matters. 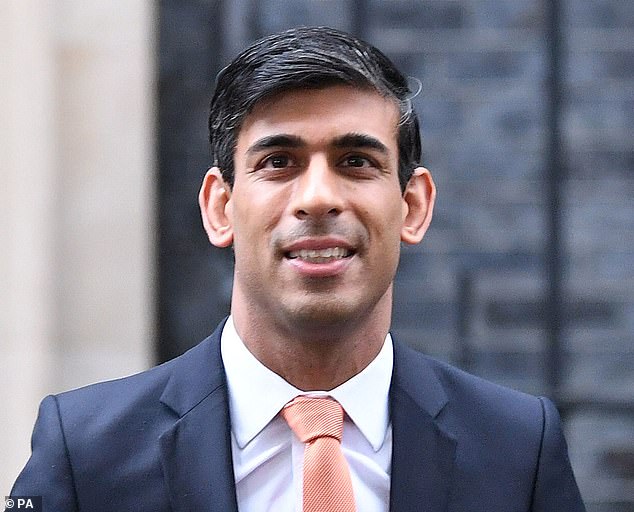 Talking the talk: Chancellor Rishi Sunak could have explained himself much better in the Spring Statement

Plainly, the cost-of-living issue is going to remain dominant because it touches all of our lives.

Even if the Tories had been more purposeful in addressing Britain’s energy security before the Ukraine war, it would have been impossible to escape rocket-fuelled oil and gas prices which are set at a global level.

Labour’s flimsy idea that a windfall tax on the North Sea (endorsed by the Lib Dems) could somehow address all the nation’s problems is fantasy economics. Shadow Chancellor Rachel Reeves’s repetitive attacks on BP boss Bernard Looney, for his description of the oil major as a ‘cash machine,’ is lazy points scoring.

After all, BP is committed to spending much of the cash on becoming the UK’s biggest ‘green’ investor and as such could play a big part in levelling up.

Chancellor Rishi Sunak could have explained himself much better in the Spring Statement. The economy is near full employment, with bumper profits from corporate Britain, and the taxes paid by the much-despised high rollers in the City and professional services provide the headroom to deliver giveaways.

Johnson and Sunak come at economic policy in entirely different ways. The situation is made all the more complicated by Michael Gove, who has been entrusted with the agenda of ‘levelling up’, divorced from managing the macro-economy.

Amid the 11 or so significant economic pronouncements since Sunak arrived at the Treasury, two stand out. The first is the furlough scheme. It may have cost £70billion, but the payback in terms of keeping employment intact and delivering tax revenues has proved remarkable.

The second was the September 2021 mini-budget in the shape of the NHS and Social Care levy. Johnson knew he had to fulfil his pledges on delivering social care.

In the hands of Sunak and the Treasury mandarins, it became something very different. Initially, the levy was intended to be imposed only on employees. It was then widened to include employers and those people who have chosen to work beyond pension age. By hammering employers as well as workers, the Treasury filled its coffers with an extra £14billion of taxation.

The pretence that this is some new kind of hypothecated revenue stream, earmarked to be used only for the purpose on the label, is sophistry. Johnson’s wish for a policy response has been turned into another weapon in the Treasury’s armoury. Ideas for a German-style automatic enrolment into a long-term social care plan have never seen the light of day. Sunak should have used his statement to spike the hike. Instead, he chose work-arounds which only add complexity to an already Byzantine system.

By creating what is effectively a new tax (which will show up as a new line on pay slips), he has created a gift to any future Chancellor seeking to raise revenues.

It moves the Tories far away from the aspiration of being a low-tax party.

Sunak doesn’t seem to have co-ordinated with Gove either. The Cabinet Office Secretary’s levelling up document is an intelligent blueprint for changing the face of industrial and municipal Britain.

In putting forward ideas for reforming business taxes, to make them more R&D and investment friendly, Sunak and his cohorts didn’t even try to align their ideas with the Gove plan.

Yet the objective is the same, which is to drive the UK’s sub-octane productivity.

Downing Street’s failure to assert itself in defence of its beliefs, from social care to levelling up, has led to chaotic Balkanised decision making. Visions of a more aspirational economy, with the gains of enterprise more widely spread, have disappeared over the horizon.