ALEX BRUMMER: Demanding the G7 and EU agree to the strongest of all financial sanctions against Russia is vital to stop Vladimir Putin


Those who doubted that Boris Johnson’s government would dare to declare economic and financial war on Vladimir Putin’s barbarous regime have been proved wrong.

Taking advantage of the City of London’s status as a world-leading finance centre, and home to great swathes of the Putin regime’s plutocracy, the Prime Minister has introduced sweeping measures to confiscate assets, limit trading in Russian shares, and close down the operations of Moscow-based banks, such as VTB, in parallel with the United States.

But Britain has been unable to take the ultimate step of freezing Russia out of Swift (Society for Worldwide Interbank Financial Telecommunications), the core payments and messaging system which connects more than 11,000 banks across the globe. 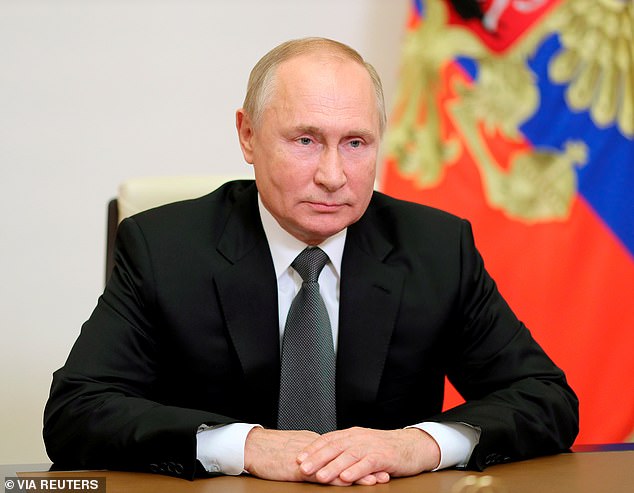 Blow: Without the option of closing down Swift, bringing Vladimir Putin’s Russia to its knees will be that much harder

Britain is frustrated in this ambition by the failure of European Union countries to go along with a measure so radical.

Such a step could have been decisive in bringing Russia’s creaking natural resource-based economy to a shuddering halt.

It is through the Swift system that Russian energy suppliers, such as Gazprom, and wheat producers are paid by Western consumers. Swift would also be the obvious vehicle by which London-quoted Evraz, in which Roman Abramovich holds a near 30 per cent stake, remits funding for capital investment and dividends to Russia.

The reluctance of Germany and Italy in particular to close down the Swift system is almost certainly related to dependence on Russian natural gas.

The EU would be fearful that Moscow would shut down the gas pipelines that channel their supplies if the main system by which they were paid was switched off.

Such a move would bring businesses to a shuddering halt in both countries’ industrial heartlands and leave domestic consumers across the Continent freezing in their homes. Britain is less vulnerable to Russia’s energy weapon because just 5pc of our natural gas comes from Russia.

However, both the British-based oil giants, BP and Shell, are deeply involved in Russian oil and gas exploration and production and could face retaliation by Moscow.

Without the option of closing down Swift, bringing Russia to its knees will be that much harder. Moscow has rarely been better prepared to weather a commercial storm. Since the invasion of Crimea in 2014, Putin has focused on building up the resilience of Russia’s financial systems. At the last count it was reckoned to hold up to $600billion (£441billion) of foreign currency and gold reserves.

Given this treasure chest and the fact that China is now a big buyer of Russian oil and gas – and presumably will not rock the boat over the Ukraine barbarism – denuding the Russian economy will be a very long job.

Take Moscow’s reaction to a run on the Russian currency, the rouble. Faced with the prospect of a collapse in its value, the Central Bank of Russia demonstrated a willingness to protect the rouble by investing some of its vast reserves in propping it up.

Other sanctions will bite immediately. The controls on operations of the offshoots of Russia’s biggest banks in London will hinder the country’s ability to fund itself by selling bonds. That will, in turn, limit the Kremlin’s ability to pay for government operations, including military deployments, which are hugely expensive.

The best hope for the UK and other Western governments bent on curbing Putin’s territorial ambitions is to punish his family, friends and the oligarchs who have benefited so richly from his corrupt regime.

By targeting up to 100 super-rich individuals and Russian entities with assets in the UK, the Government will hope that they increase domestic pressure on Putin.

But tracking down their wealth is tricky. Establishing ownership of the stolen riches is challenging, buried as it is in a host of ghost and dummy companies. It will require new legislation to force companies to identify owners who currently conceal themselves in faceless offshore vehicles.

Earlier this week, the leak of secret documents from Credit Suisse demonstrated how easy it is for money launderers and autocrats to hide ill-gotten gains in mainland Europe.

It took temporary closure of Swift access to help bring the extremist Islamic regime in Iran to the nuclear bargaining table.

That is why demanding the G7 and EU to agree to the strongest of all financial sanctions against Putin is so vital.