As Valentine’s Day looms on Monday and couples around the world celebrate, what better time to reflect on a car brand renowned for its passion and emotion.

Even the name Alfa Romeo evokes the romance of the road — and also of star-crossed lovers Romeo and Juliet  a point not lost on the car maker, which named one of its vehicles ‘Giulietta’.

This week, Alfa Romeo announced a long overdue comeback for the brand, starting with its new Tonale SUV crossover – as part of a five-year plan that will see a new model every year until 2026. 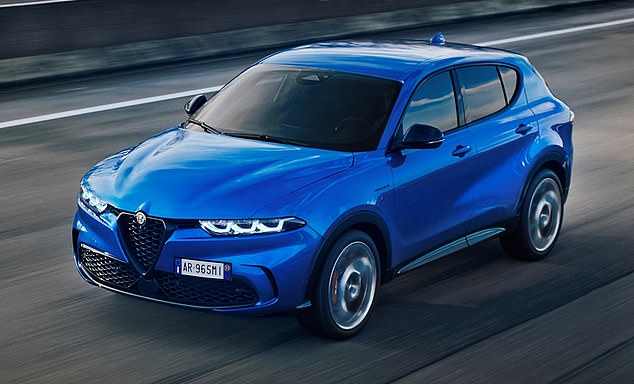 Italian job: The Tonale SUV crossover is being touted as an initial step in a ‘new journey’ for the Alfa Romeo brand

The move comes at a good time. For despite a wonderful history and heritage and with legions of fans known as ‘Alfistas’ — including impressionist Rory Bremner — Alfa Romeo has in recent years appeared to lose its way.

Indeed, it has proved to be the brilliantly evocative brand that never quite fulfilled its potential.

As a young trainee journalist in the Midlands, I pined for a classic Alfa Romeo Spider, as driven by actor Dustin Hoffman playing Benjamin Braddock in the 1967 film The Graduate.

Sadly, I couldn’t stretch to the asking price, so contented myself with a much-loved MG Midget.

Years later, in the mid-1990s, I attended the launch of the re-born and redesigned Spider. But the moment had passed, though never the nagging ‘what if?’.

This week Alfa Romeo’s new bosses suggested it was time to recapture that passionate spirit and realise the unfulfilled potential of more recent years.

Alfa Romeo is now part of the giant Stellantis conglomerate — the world’s fourth biggest car maker, created just over a year ago.

It moved there when the Fiat-Chrysler FCA group merged with the Peugeot-Citroen PSA groups. Stellantis also includes Britain’s Vauxhall, Germany’s Opel, Jeep in the U.S. and Italy’s Maserati. 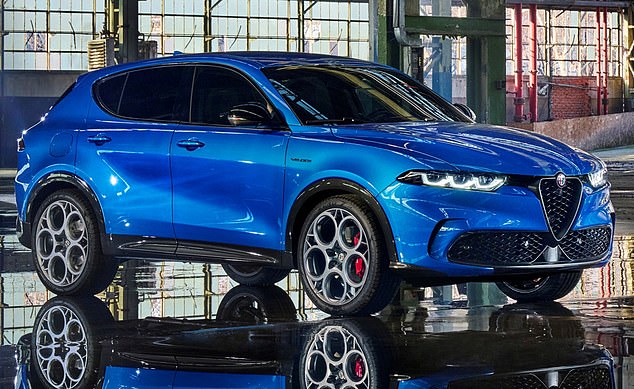 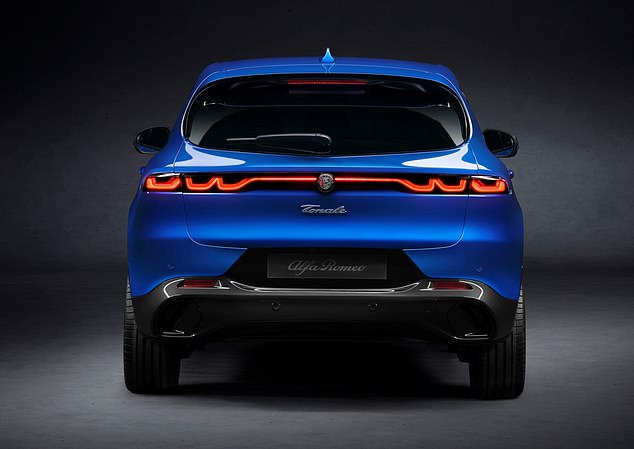 the 4.53 metre (14 ft 10 in) long Tonale has two levels of electrification at launch: hybrid and plug-in hybrid. 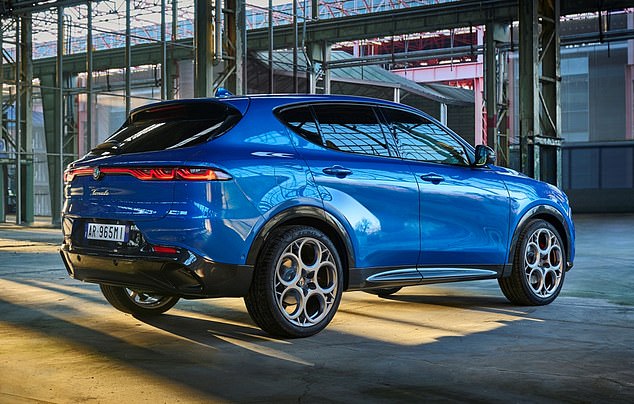 A plug-in hybrid model – set to be introduced at the end of the year – will boast 275hp with a twin turbo-charged petrol engine linked to a 15.5 kWh battery, giving it an electric-only range of around 38 miles (50 miles around town) 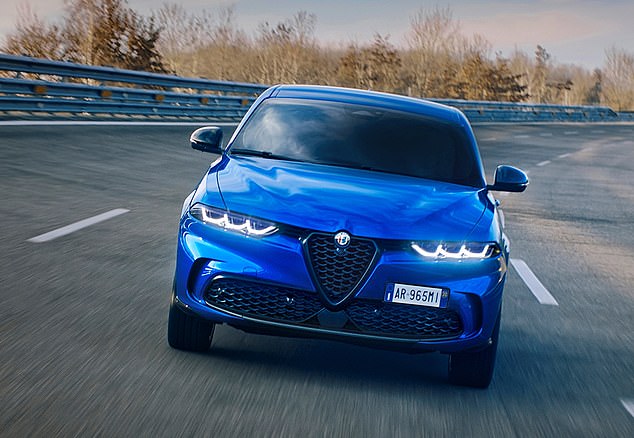 Bosses are now in the process of revitalising the Alfa Romeo brand. The launch this week of the Tonale SUV crossover is but an initial step in that journey to kick-start a ‘new era’ for the brand.

The Tonale is a decent enough looking car. But it is just an SUV, albeit an electrified hybrid one.

Alfa Romeo should really shout true Italian passion, sporty chic and glamour. But there are some welcome signs that Alfa Romeo’s bosses have got the message and are acting on it.

Will it fit in my garage? Alfa Romeo Tonale 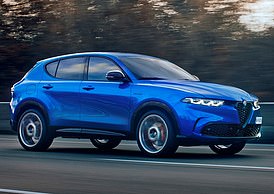 Fully electric version?: Not ruled out

On sale from: September (PHEV by end of year)

Motor industry veteran Jean-Philippe Imparato, now chief executive of Alfa Romeo, is keen to stress that he ‘gets it’.

Launching the Tonale this week, he spoke of his own ‘journey’ with Alfa Romeo — revealing that the first car in which he was driven as a baby by his father was his parents’ Giulia Azzurro.

His wife Magali is also a keen Alfista, he said. Her first car was an Alfasud and she now drives a Stelvio Veloce in visconti green.

Mr Imparato said: ‘The Alfa Romeo legend has been with me since childhood. Yet nonetheless, I’ve been surprised and moved by the passion that animates our “tribe” of fans and clubs across the world. I feel their love and their expectation.

‘What should we do, then, to live up to their hopes? Accelerate our evolution, is my answer.’

And that is the spur to the ‘metamorphosis’ of Alfa Romeo, he said. ‘We are surrounded by change. We are witnessing what is possibly the most radical transformation since cars were invented. At Alfa Romeo, we are called to innovate — while still “thinking with the heart”.’

That includes electrification and digitalisation but in the brand’s own unique way.

Alfa Romeo is now starting a three-step plan that embraces premium quality with no compromise, a ‘built-to-order’ model and a new distribution model.

The change begins with the new Tonale, a car for everyday driving but one that also hopes to be as good as the best Alfa Romeos of the past.

With its striking and aggressive styling, the 4.53 metre (14 ft 10 in) long Tonale has two levels of electrification at launch: hybrid and plug-in hybrid.

Making its debut is the 160hp petrol hybrid, which uses a turbo-charged 1.5 litre engine linked to a seven-speed dual-clutch automatic gearbox. This model arrives in the UK in September priced at around £35,000.

Following by the end of the year will be Alfa Romeo’s first ever plug-in hybrid (PHEV) model — with a 275hp combination of a 1.3 litre twin turbo-charged petrol engine linked to a 15.5 kWh battery, giving it an electric-only range of around 38 miles (50 miles around town).

It will charge fully in two-and-a-half hours using a fast-charging 7.4 kW charger. It accelerates from rest to 62 mph in 6.2 seconds. Alfa’s first fully electric car is expected from 2025 with only electric new models from 2027. 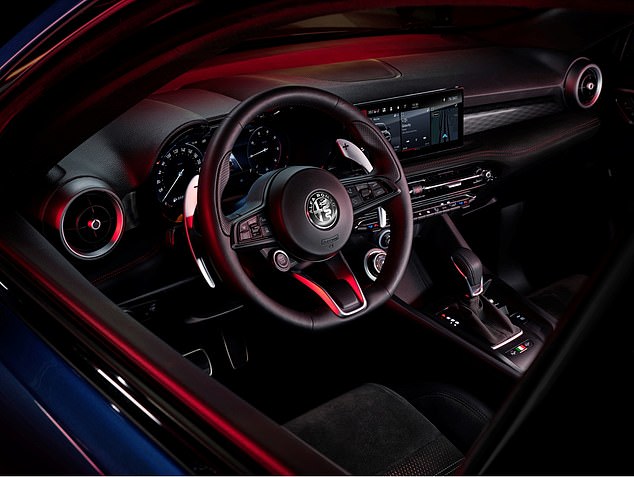 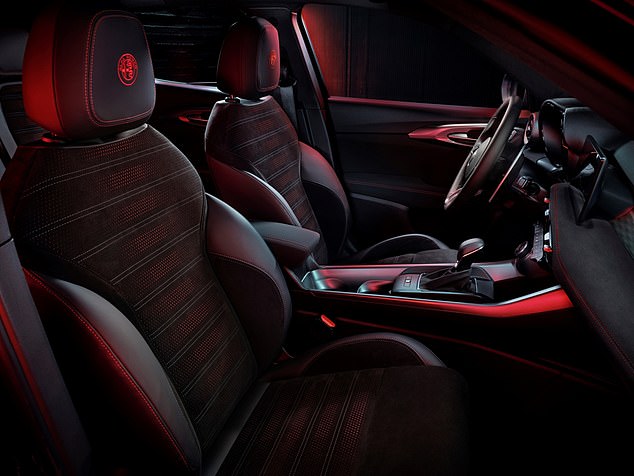 Other features include Amazon’s Alexa voice control, and by using a code-key you can have parcels delivered securely by courier to the boot of your car

The new Tonale is not short on tech either. The car includes some partially autonomous features such as lane assist and autonomous emergency braking.

It also has blind spot and ‘driver drowsiness’ detection, semi-autonomous parking, a new infotainment and sat-nav system, a main 10.25 in (26cm) wide touchscreen and 12.3 in (31cm) wide driver instrument panel.

It has Amazon’s Alexa voice control, and by using a code-key you can have parcels delivered securely by courier to the boot of your car.

It all sounds like a promising start to a new era.

And I suspect that will be the view of millions of Alfa Romeo fans yearning for a return to form by the firm with an injection of real passion befitting Valentine’s Day.

Six of the brand’s classic cars 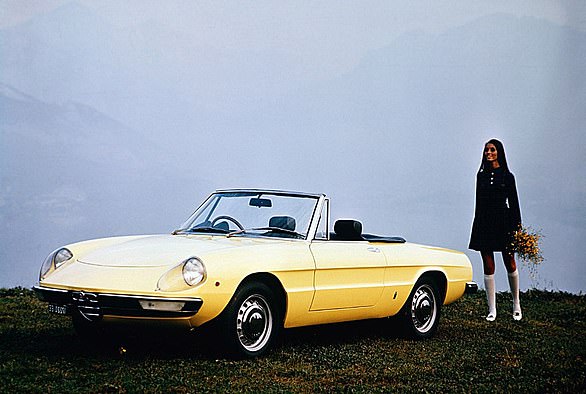 Duetto Spider: Launched at the 1966 Geneva IMotor Show, it gained global prominence driven by Dustin Hoffman in the 1967 movie ‘The Graduate, and Italian Hollywood star Sophia Loren owned one. Propelled by a 1570cc 109hp engine with a 5-speed manual transmission it weighed just 990 kg with a top speed of 115mph, with 6,325 built. 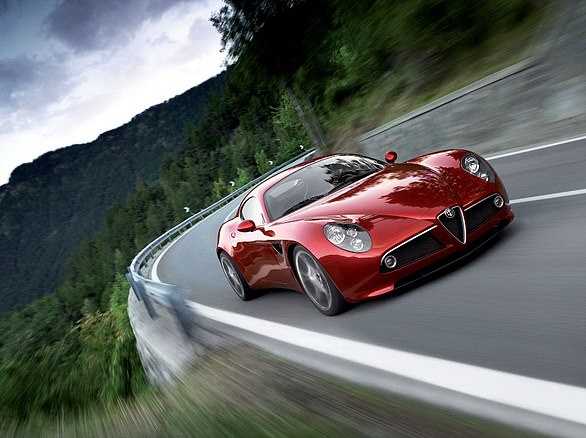 8C Competizione: Entering production in 2007,  the 8C Competizione is pwered by a 4.7litre V8 and with 0-62mph acceleration in 4.2 seconds, only 500 of the two seaters were built, along with a topless 8C Spider, at Maserati’s factory in Modena. Owners included fashion tycoon Ralph Lauren and singer-songwriter Jay Kay 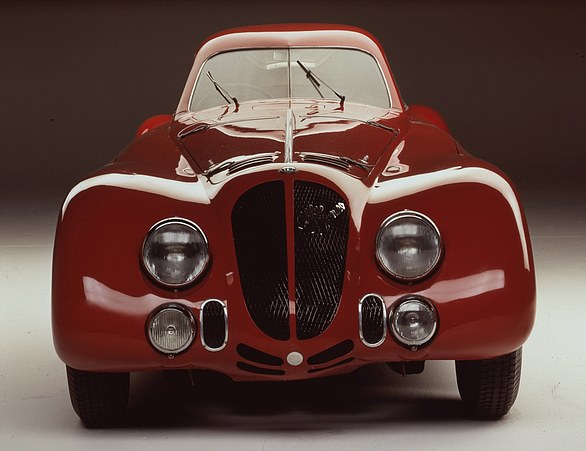 Inspiration: Alfa revived the name from the  classic 8C line of cars from the 1930s (pictured) 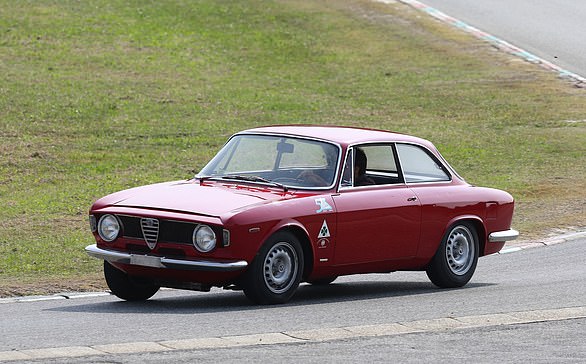 Giulia: Launched in 1962, at the height of an economic boom, the elegant Giulia saloon carried on until 1978 with more than half a million sold (572,646). With the coupe Giulia Sprint GTA, sales of the Giulia exceeded a million 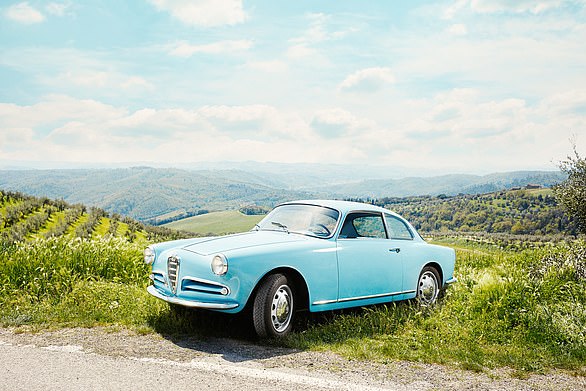 Giulietta: The Giulietta Sprint was launched at the 1955 Turin Motor Show, where actors playing the parts of Romeo & Juliet presented the car. Some 131,755 were built up to 1964 with famous owners including John Lennon and President John F Kennedy (who had the Spider version). 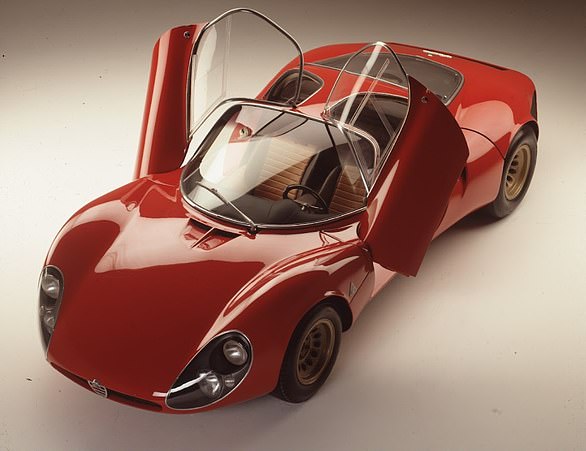 33 Stradale: A star of the race-tracks in 1960s and 70s, the 33 Stradale evolved to beoame one of Alfa’s biggest ever sporting winners. 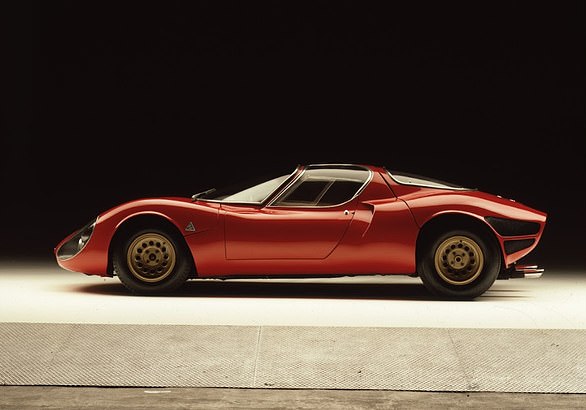 Only 18 33 Stradales were ever produced, but they stimulated other Italian designers to create prototypes 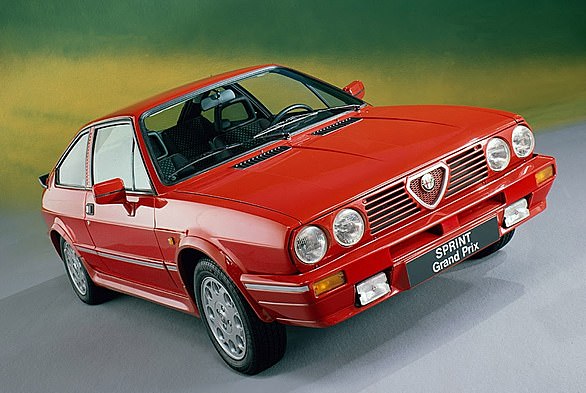 Alfa Sud: Seeking to woo the 1970s small-medium saloon market with an innovative compact front-wheel drive car , some 900,925 Alfa Suds were produced between 1972 and 1984, including the sporty Alfasud Sprint.