Amazon Prime: Will prices rise for customers in Britain?


Amazon Prime membership prices will rise 17% in the US but costs in Britain are the same as in 2014 – so will a hike soon happen here?


With Amazon raising the price of its Prime services in the US, despite reporting record sales and profits in 2021, millions of Britons will be wondering if the same will happen here.

The online retail juggernaut is rising annual prices by 17 per cent across the pond to $139, alongside a $2 increase in monthly prices to $14.99.

Amazon have not confirmed a price increase for UK subscribers, but have said it will continue to review the prices regularly. 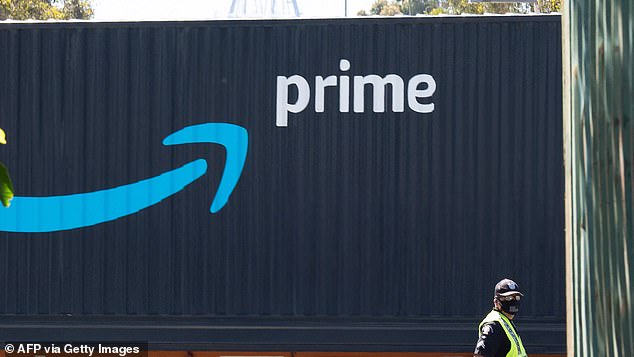 Prime time: Amazon says it has ‘nothing to announce at this time’ about potential price hikes in Britain

The firm said: ‘This price change only applies to the US. We keep this under constant review, but have nothing to announce at this time.’

Amazon stated that price increases are a result of labour shortages in the US, an increased cost for shipping and creating content for Amazon Prime Video.

If prices rose in line with the US, it would mean monthly change from £7.99 to around £9.30 per month for UK customers.

Annual memberships would also rise from £79 to £92 per year in like with the US increases.

Although not imminent, we’d be surprised if Amazon didn’t follow suit here in the UK, given the current increase in fuel and energy costs.

Meanwhile, streaming giant Netflix also raised their US subscriber prices by up to $2 a month, after they committed to spending $17billion on new content in 2022.

There are estimated to be around 15million households in the UK who subscribe to Amazon Prime.

As well as free next day delivery on many items, it also offers streaming services for film and television.

David Jinks, head of consumer research at ParcelHero, said: ‘Although not imminent, we’d be surprised if Amazon didn’t follow suit here in the UK, given the current increase in fuel and energy costs.

‘Amazon likes the psychology of rounding off its fees with a number nine. Retailers call this strategy “charm pricing”.

‘Researchers at MIT have found that prices ending in nine create increased customer demand for products.

‘This psychological phenomenon is driven by the fact that we read from left to right, so when we encounter a new price at £1.99, we see the 1 first and perceive the price to be closer to £1 than it is to £2.

‘With that in mind, Amazon might just settle for a 12.6 per cent rise to £89 [if it did raise prices], or go for a hefty 25 per cent rise to £99. That would have a few previously loyal customers thinking twice.’

Around 86 per cent Britons are said to have made a purchase or subscribed to Prime at some point, with up to 70 per cent shopping on Amazon at least once a month.