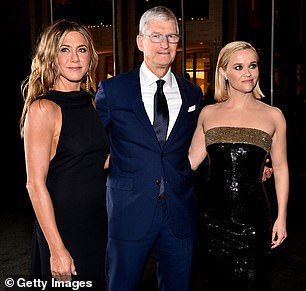 Apple boss Tim Cook is facing a shareholder revolt over his £73m pay packet. The chief executive, one of Silicon Valley’s leading equality campaigners, has been blasted for the huge sum he was awarded last year.

It was Cook’s first stock award since 2011 and his overall package comprised £60m in shares, a £9m cash bonus, £2m in salary as well as personal security and private jet usage.

The 61-year-old, took over as chief executive of Apple in August 2011 from founder Steve Jobs, who he considered a mentor.

A top shareholder advisor has told investors to vote against his pay and bonus package, meaning he will be forced to defend earning the huge sums. Institutional Shareholder Services has 3,400 clients including some of the world’s biggest institutional investors. In a letter to clients it said there ‘is a significant concern’ with Cook’s pay package, the Financial Times reported.