Are headlights to bright? Nine in 10 drivers say they are


If you’re a motorist, there is a good chance you’ve been dazzled by the high beam of a drivers coming in the other direction.

But a new study this week has revealed that drivers are being blinded by the lights of other road users more often – and not just because another motorist has forgotten to dip their beams.

Almost nine in 10 drivers say they’ve been dazzled by the headlights of another vehicle, with almost a quarter of them saying it is happening more often than it did two years ago.

This is being caused by a combination of factors, including the increase in the number of SUVs on the road with higher-placed headlights, motorists failing to adjust their beams correctly and slack regulations that allow for the sale of cheap aftermarket bulbs, according to the RAC. 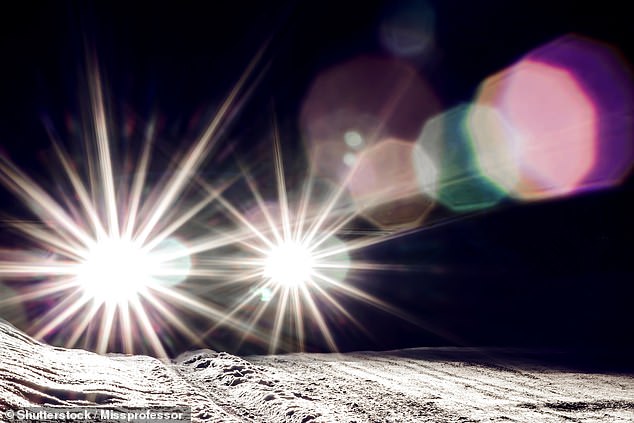 Blinded by the lights: A poll of 2,700 motorists has found that drivers being dazzled by the headlights of other vehicles on the road is becoming an intensifying problem

A poll of 2,700 UK licence holders found that 89 per cent think some or most car headlights on the UK’s roads are too bright, with an overwhelming majority of these (88 per cent) saying they get dazzled by them while driving.

Two in three say they are unable to tell if the headlights of oncoming cars are dipped or on full beam, such is the brightness of the bulks in the cars heading their way.

And the problem is said to be intensifying, with 63 per cent of drivers who get dazzled saying it’s happening more often than it did in 2020 and 23 per cent claiming to be partially blinded by an oncoming motorists more regularly.

Of those who believe headlights are too bright, almost two thirds (64 per cent) think they risk causing crashes.

Younger motorists are complaining about the issue most, with three in 10 drivers under 35 believed vehicle headlights are too bright, compared to just one in five of those aged 65 and over.

The brightness of some car headlights even appears to be putting motorists off driving at night – some 16 per cent of those who complain about the intensity of headlights say they avoid driving at night altogether, with women (22 per cent) and those aged 65 and over (25 per cent) much more likely to say they deliberately don’t drive after dark than men (9 per cent).

The RAC says the dangers of being dazzled are real, with the panel revealing that 65 per cent of drivers think it takes up to five seconds for their vision to return to normal, while 12 per cent says it can take upwards of six seconds.

Have you been dazzled by headlights more frequently in the last two years?

‘Being unable to see for one second while driving at 60mph means a driver would travel around 13 metres (more than six car lengths), but being blinded for six seconds would see them covering an enormous 160 metres (the equivalent of 40 car lengths), which suggests headlight glare could be compromising safety on the roads,’ the motoring group said.

Official government data shows that since 2013, there has been an average of 293 accidents a year where dazzling headlights were a contributory factor.

Of these, six were fatal accidents.

The actual number may be higher given an investigation may not be able to determine whether or not a collision was directly or indirectly caused by the glare from another vehicle’s headlights.

The RAC’s research suggests that the increasing prevalence of vehicles that sit higher on the road, specifically SUVs, might also be exacerbating the problem for those in conventional cars that sit much lower, like hatchbacks, saloons and estates.

It also said dazzling could be caused by driver error, with motorists failing to adjust their lights correctly – though most new models, especially premium cars, have auto-adjusting beams.

The motoring organisation also highlighted that the regulations that govern vehicle headlights are decided on at an international (United Nations) level and have allowed for the sale of aftermarket bulbs that are excessively bright. 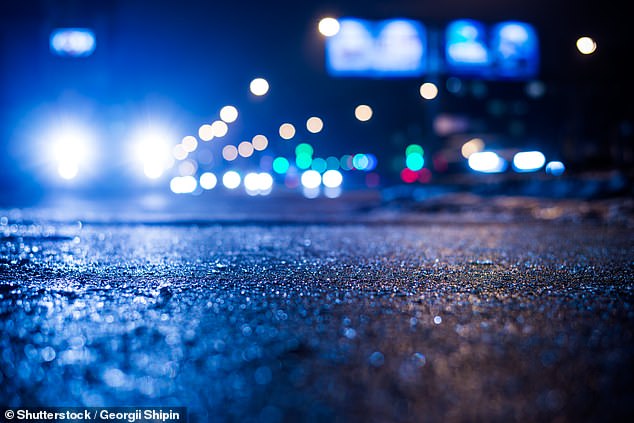 The poll revealed that 65% of drivers estimates it takes up to 5 seconds for their vision to return to normal after being dazzled, while 12% says it can take upwards of 6 seconds

Rod Dennis, RAC spokesperson, said: ‘There are a number of factors that contribute to whether a headlight dazzles another driver or not, the most important being the angle of the headlights as you look at them.

‘If they’re not angled properly – or the driver in the oncoming car has forgotten to dip their headlights – there’s every chance you’re going to get blinded.

‘Modern LED headlight technology may also have a part to play as the human eye reacts to the so-called ‘blue light’ from LEDs differently to the “yellow light” of conventional halogen headlights.

‘This presents a real irony: the brighter and better your vehicle’s headlights are, the clearer your night-time view of the road ahead is, often it seems at the expense of anyone coming towards you.

‘The full intensity of your headlights – especially if they’re not angled down correctly – can cause oncoming drivers to momentarily glance away from the road or even be blinded for a few seconds.

‘In short, being dazzled isn’t just about discomfort, it also represents a significant road safety risk.’

Mr Dennis says it is ‘blindingly obvious’ that drivers want the issue looked into by the Government with a view to improving things for the future.

‘Despite the RAC first having flagged drivers’ concerns several years ago, we’re not aware anything at all has happened – which will no doubt be extremely disappointing to many drivers,’ he said.

It can be extremely difficult to know whether you’re causing discomfort to other drivers from your car’s headlights, and the only way you might know is if you see them flashing at you.

But if you suspect a problem with yours, you won’t be alone – around one-in-five drivers (18 per cent) told the RAC that they thought their headlights might be dazzling others.

There are steps you can take to ensure you’re not causing an issue to other road users.

Firstly, check your car’s manual to find out how to adjust the angle of your headlights, depending on the load you are carrying. Even just having all the passenger seats occupied may mean you need to manually adjust the beam, and there’s likely to be a switch close to the dashboard. If you don’t, you could be causing other people problems.

Secondly, if you think there is a problem with your headlights, contact a reliable approved garage or main dealer as soon as you can.

Figures from the Driving and Vehicle Standards Agency in 2018 showed that of the 26.5million MOT tests completed on cars over three years of age that year, six per cent failed as result of headlamp aim problems.

Two years earlier, in 2016, the DVSA also stated that ‘headlamp aim consistently tops the MOT compliance survey as one of the most likely items to be assessed incorrectly by testers.’