As gas costs soar, tariffs branded ‘green’ are going up even FASTER!


Nine million households are signed up to green energy tariffs with the promise of fuel from clean, renewable energy.

Yet all are seeing their bills rocket – sometimes even more than non-green tariffs – leaving many questioning why they are just as exposed to the explosion in wholesale gas prices as those on standard energy tariffs.

A look under the bonnet of some green tariffs reveals that households who have taken them out are right to feel a sense of outrage.

Critics accuse some suppliers of ‘greenwashing’ – claiming their tariffs are renewable when they do not generate a single megawatt of clean energy. 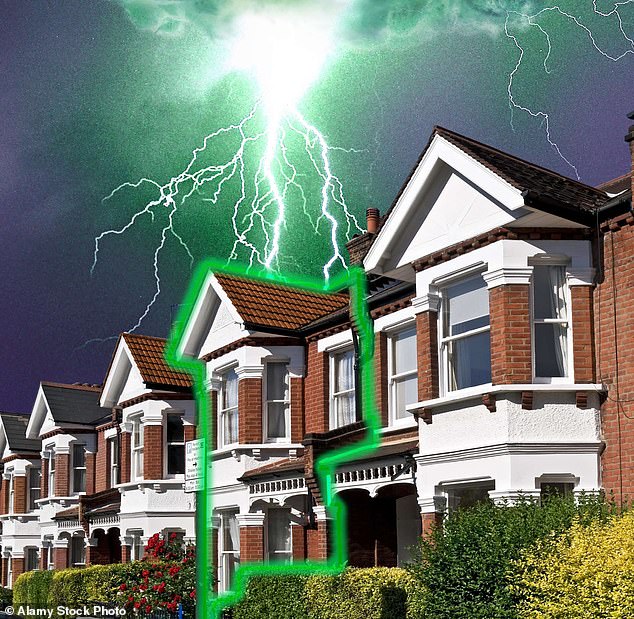 Off colour: Critics accuse some suppliers of ‘greenwashing’ – claiming their tariffs are renewable when they do not generate a single megawatt of clean energy

Others are accused of ‘green shuffling’ – using accounting quirks to make some tariffs appear renewable.

And in some cases, firms are claiming they are helping the environment by offering renewable tariffs – while simultaneously investing in fossil fuel production. So are you being conned? The Mail on Sunday investigates…

Why are green tariffs going up?

Wholesale gas prices are rocketing worldwide – a result of a cold winter in Europe running down reserves, increased demand from China and limited supply from Russia.

You might wonder why these factors impact on green energy such as solar and wind. But the truth is, whether you are on a green or standard tariff, you receive exactly the same energy mix at home as your neighbour.

The regulator Ofgem likens the system to a giant smoothie. Energy from various sources – coal, gas, nuclear, wind and solar – is pumped into the National Grid.

Once there, they are blended so that what is poured into each household is a mix of energy produced from many sources.

What one household receives is no different from another. So, when you turn your kettle on to make a cup of tea, it may be running on coal dug up in Russia or a wind turbine turning in the North Sea.

In short, if you get your energy from the National Grid as most of us do, you cannot specify you only want green energy.

So what is it that makes a tariff green?

Energy companies have devised a number of workarounds to offer green tariffs.

The first is by investing in renewable energy projects such as wind turbines and solar farms.

By pumping renewable energy into the grid equivalent to that consumed by green customers, suppliers can legitimately claim they are making a tangible, positive impact on the UK’s energy mix.

The second is by signing contracts with renewable energy producers, agreeing to buy the power they produce.

The third – and most common – method is even more tenuous. It does not involve buying or investing directly in energy from renewable sources. Instead, the suppliers purchase certificates in recognition of renewable energy produced somewhere at some point in the UK. It is this strategy which experts are most critical of.

Certificates, known as Regos (Renewable Energy Guarantee of Origin), are issued every time a unit of renewable energy is produced.

One Rego is worth one megawatt-hour of energy. Producers can sell these certificates to anyone. Suppliers buy them to match the energy consumed by their customers on green tariffs.

That way, they can say that while their customers may be using non-green energy, they are supporting renewable energy production.

Suppliers with green tariffs backed purely by Regos include Outfox the Market and Utility Warehouse.

It is debatable whether buying Regos leads to additional renewable energy production. Regos are cheap – around £2 each, or just a few pounds to cover a household’s energy consumption for a full year.

Oliver Archer, analyst at energy consultant Cornwall Insight, says: ‘Although Regos have been going up in price, they are still too cheap and volatile to be hugely impactful to the business case.

‘At their current prices, a decision on whether to invest in a renewables project shouldn’t be won or lost based on the value from selling Regos.’

Which tariffs are the most costly? 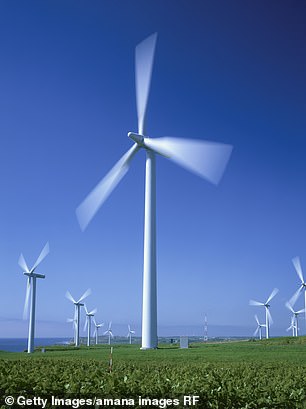 In a spin: All suppliers are required to publish the fuel mix of their electricity supply, and how it compares to the UK average

Given that the actual energy you are using at home comes from the same source, regardless of whether the tariff is badged as ‘green’, you might assume the surging gas price affects all customers equally.

But, counter intuitively, it is green tariffs offered by suppliers investing directly in renewable energy production that can be the most expensive.

Ofgem, the energy regulator, has given Good Energy, Green Energy UK and Ecotricity special dispensation to set prices in excess of the energy price cap in recognition of their direct investment in renewable energy projects.

The regulator also argues that households have chosen such tariffs specifically because of their green credentials, so their tariff choice is unlikely to have been driven purely by price.

Green Energy UK says its variable tariff is at the cap, while Ecotricity and Good Energy both exceed it.

This means that a household on a dual tariff (gas and electricity) with Green Energy UK will pay on average £1,277 a year. The equivalent figures for Ecotricity and Good Energy are £2,179 and £2,230 respectively.

Like all fixed rate tariffs, green equivalents are alarmingly expensive. Of the 23 tariffs currently available, comparison website Uswitch says 14 are green. But the five most costly fixed rate tariffs are badged green.

The two most expensive are offered by Outfox The Market.

To put these figures into perspective, you could take out a 12-month fix from SSE, which is non-green, and would cost £2,100 a year.

Can I find out how green my tariff is?

When it was last updated in 2021, seven Good Energy tariffs and one British Gas tariff were awarded gold.

All suppliers are required to publish the fuel mix of their electricity supply, and how it compares to the UK average. This will give you an idea about where your energy comes from. However, take it with a pinch of salt, for the reasons we have already explained.

What about green gas?

It is all but impossible to be ecofriendly and use gas. That is why over the long term, the best way to reduce the carbon footprint of our energy supply is by using less and switching from gas to electricity – for example, using heat pumps (too expensive for most at the moment) rather than traditional gas boilers.

Green gas can be created by breaking down organic materials such as food and farm waste in huge tanks or digesters.

However, there is currently insufficient capacity in the UK to supply all of our homes.

Green Energy UK provides solely green gas. Other energy suppliers that offer green gas tariffs tend to invest in biogas sources and then offset the remaining proportion of energy that is not green by investing in renewable schemes.

For example, supplier Ovo offers 100 per cent carbon-neutral energy with its Beyond tariff.

Supply is based around 15 per cent of green gas with the rest offset, for example, by paying towards saving rainforests in Guatemala and planting trees in Uganda. As with Regos, this is all rather abstract.

Only individual customers can decide whether they are content to buy a carbon-neutral tariff that is based on paying to encourage trees not to be cut down in South America.

But, at the moment, there is little alternative.

Can a supplier be green and make fossil fuels?

Shell offers 100 per cent renewable tariffs, a claim it makes by backing its retail supply with Regos.

However, it will be news to no one that Shell is also one of the world’s biggest fossil fuel producers.

Ian McKee, at Good Energy, explains: ‘Suppliers can make some tariffs look greener by keeping their total energy mix the same, but claiming some tariffs have a higher proportion of renewable energy while others have more dirty, brown energy.’

Domestic customers may wonder if they are having a positive impact by opting for a supplier that offers a high proportion of renewables – but only because, as a result of an accounting quirk, their brown energy is being shifted elsewhere.

Eon’s fuel mix data reveals that renewables make up an impressive 81.9 per cent of energy supplied to its domestic customers and small businesses – more than double the UK average.

However, its corporate customers receive just 27.7 per cent renewables, and a greater proportion of natural gas than the UK average.

harrry
Previous articleALEX BRUMMER: UK listing for chip giant Arm is vital
Next article30 Moms Who Happen to Be Supermodels