Asda ramped up the price war between the supermarket giants as it launched a budget range to compete with rivals.

The grocer will roll out its Just Essentials range at all its stores and online in a bid to keep prices down for shoppers struggling with the cost of living crisis.

But the move immediately sparked a legal challenge from Waitrose, whose lawyers wrote to Asda claiming to have trademarked the ‘essentials’ name. 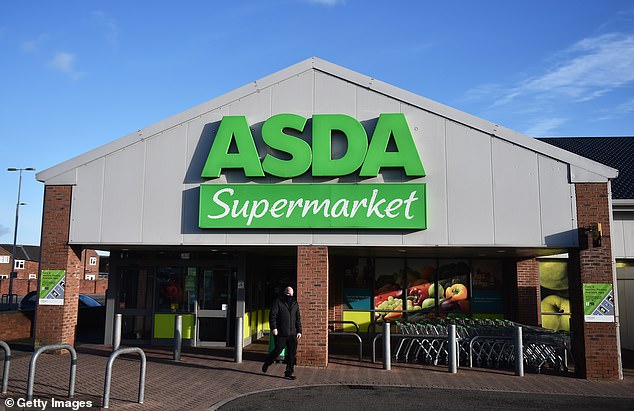 Price war: Asda will roll out its Just Essentials range at all its stores and online in a bid to keep prices down for shoppers struggling with the cost of living crisis

Its profit jumped by 42 per cent in the same period to £693.1million because it was no longer saddled with Covid-related costs, it said.

It was the first set of annual results since the billionaire Issa brothers bought the grocer in 2020 for £6.8billion with the backing of private equity house TDR Capital.

The deal sparked fears that under private equity ownership Asda would be loaded with debt and would fail to remain competitive on price.

Morrisons, which is the UK’s fourth biggest supermarket, has also fallen into private equity hands. It was bought by New York-based Clayton, Dubilier & Rice for £7bn in October.

The two have lagged behind rivals in terms of sales growth, according to recent Kantar grocery market figures, raising questions about whether buyout barons are good stewards for the supermarkets.

They have also been criticised for raising prices by more than their rivals, with Asda’s goods becoming around 5 per cent dearer in the past year as it grapples with increasing costs.

But Mohsin Issa said Asda’s price pledge would help it reclaim its spot as the UK’s second biggest supermarket.

It has been behind Sainsbury’s in terms of market share since the end of 2015. Issa said: ‘We are confident we can achieve this long-term ambition by providing customers with exceptional value wherever and however they choose to shop with us.’

The Just Essentials range includes 300 products such as meat and fish, baked goods and cupboard staples.

It is 50 per cent bigger than Asda’s Smart Price range, which it will eventually replace.

Asda said the range of products is ‘the biggest in the market’ and strengthens its position as the cheapest of the UK’s four biggest grocers.

The big four is made up of Tesco, Sainsbury’s, Asda and Morrisons. Sainsbury’s and Tesco have both committed to keeping prices down for customers as inflation spirals.

Waitrose, which has around 1,000 products in its Essential Waitrose range, said it was ‘surprised’ to hear Asda had used the name.

A spokesman said: ‘As we’ve also protected the name as a trade mark, we have raised this with Asda and are awaiting a response.’

harrry
Previous articleNatWest ends 14 years of state control: Taxpayer stake drops below 50%
Next articleInmarsat back in the black as takeover by American rival Viasat looms