ASK TONY: £2,700 in care budget vanished, yet bank offered half back


I am an 84-year-old woman with a disabled daughter, aged 55, and a husband with Alzheimer’s. I deal with my daughter’s financial arrangements.

She spends five days a week in a care home and has some day services paid for by her personal social care budget.

Surrey County Council operates a payment card scheme, which allows her to choose how to spend some of this money. She also pays a weekly amount on to the card from her Lloyds Bank account. 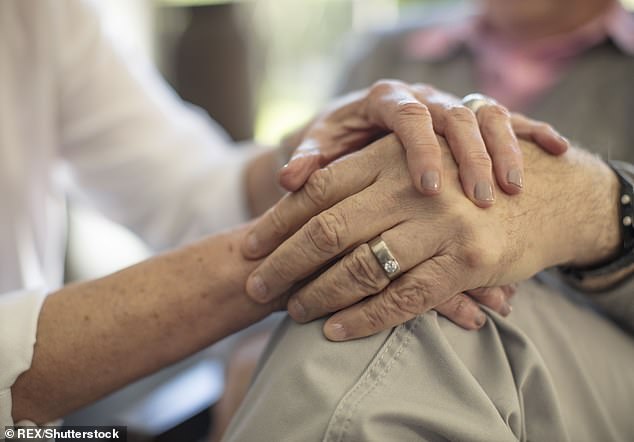 However, the council discovered in October 2021 that money had not been going on to the card for more than two years.

In fact, we later discovered around 110 weekly payments had been missed.

We have contacted Lloyds Bank about this, but it has said that it will only refund 13 months of payments.

Tony Hazell replies: What an awful discovery to make. It seems that in 2019 the standing order was changed and this is when the error was introduced, resulting in the payments going to the wrong account from October 15, 2019.

When you visited the Lloyds branch on November 22, 2021, the error was identified and the standing order was amended.

Lloyds admits it should have done more to help, especially since you told the branch staff you were in a vulnerable situation.

Instead, the staff member followed standard industry guidelines, which say it’s reasonable for a customer to let their bank know about an incorrect payment within 13 months of it leaving their account.

When I raised your complaint, the bank went much further and has refunded the whole £2,683.60 that went into the wrong account, and added a £75 goodwill payment in recognition that it should have done more to help you.

A Lloyds Bank spokesman says: ‘We’re sorry we didn’t do more to help Mrs O. It’s important for us to learn what we should have done better and we’re working with the colleagues in the branch to improve.’

I cancelled a £590 Airbnb booking after just ten minutes after realising there was no kitchen. The owner has only offered a 50 per cent refund, which I think is unfair.

Despite the cancellation rules being clearly stated, Airbnb has agreed to refund you in full.

My gas and electricity meters were destroyed in a house fire in May and I’ve been trying for months to get my supplier Scottish Power to replace them.

A spokesman apologises for the delay and says your meters will be replaced within the month.

The firm will review your bills, but as you have complained to the Ombudsman, it will wait for the outcome before acting.

My husband and I opened accounts with NatWest when the bank launched a prize draw for savers. Has anyone won it yet?

The overpayment was made because of mistakes by DWP, but I agreed to send back a cheque.

However, I had some sad business to deal with in September so didn’t look at my bank statements as I usually do.

When I got a chance, I discovered three lots of £45 had been deducted from my state pension, in September, October and November, making £135 in total.

Yet when I phoned the state pension people, they again said it was the pension credit department that had to handle it. I cannot afford to lose this £135. Who has got my money and how can I get it back?

Tony Hazell replies: The Government seems willing to write off billions of pounds swindled by businesses and individuals abusing furlough and Covid loan schemes, and it wasted yet more on defective PPE.

Yet DWP shows an astonishing level of diligence tracking down £135 from a law-abiding pensioner.

Then, when you are double-charged, the people to whom you turn for help are too lazy to investigate your problem, choosing instead to fob you off between departments.

DWP soon got to the bottom of this matter when I passed it on, and you now have your money back. But neither I nor the DWP press office should have had to get involved in this case, and it is just another example of the hopeless mess of services that are funded by our taxes.

A DWP spokesperson says: ‘We apologise for the inconvenience caused to Mrs H.’

I’m getting water bills for pig farm next door

I run a garden supply company. For about 12 months we have been receiving bills from Water Plus for a neighbouring pig farming operation.

I have written or spoken to Water Plus every time I have received a bill. On the phone, I am given an apology, told that a mistake has been made and promised it will be fixed. But nothing is done.

The bills have now turned into final reminders for £504.88, and are addressed to my company.

It’s nothing to do with us, yet we are being threatened with having our water turned off and a county court judgment in our name.

Tony Hazell replies: You had been getting your water from Severn Trent. But its commercial side became Water Plus (a joint venture with United Utilities).

Severn Trent visited your site and confirmed the meter was incorrectly labelled. The supply from the meter was to your business, even though the label referred to the sign in the pig field.

A correct reading was taken which showed that you actually owed £198 rather than the £221 previously estimated.

In view of all the misunderstandings, Water Plus has wiped this bill and all of the outstanding charges for late payment so you can now restart your relationship with a clean slate.

A Water Plus spokesman apologises for the inconvenience and says your details have been updated.

‘We encourage businesses to let us know when they have move into and out of sites,’ he adds.