ASK TONY: I’d like to help my daughter set up a pension


My daughter is at university and has at last asked about setting up a pension.  As I have some spare cash, I was wondering how to go about this.

Tony Hazell replies: ‘At last’? I expect your daughter must be about 20. When I was that age, my outlook didn’t extend much beyond sex, drink and rock ‘n’ roll.

However, the earlier she starts saving the better. 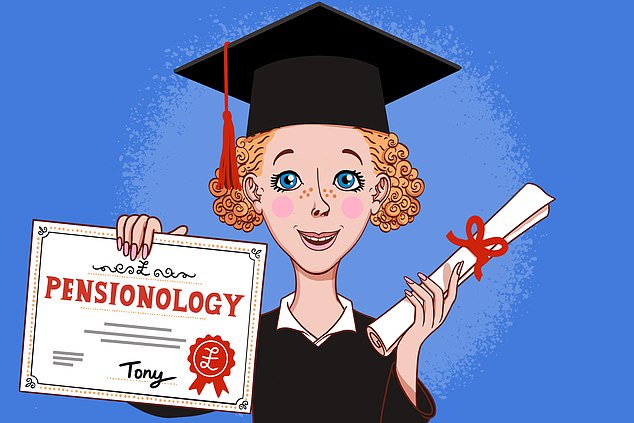 Leg-up: Helping children start saving for a pension earlier will give them a huge boost later in life

But is a pension truly the best option?

There are two other points in its favour: LISA money taken out is tax-free as long as it is used for a house deposit or retirement. With a pension, 25 per cent is tax-free and the rest taxable at your highest rate.

A LISA won’t use any of her pension lifetime allowance, which may become relevant if she builds up a large pension.

Website moneyhelper.org.uk has information about setting up simple pensions.

With a LISA or a pension, the best starting point is probably an investment supermarket such as AJ Bell, Nutmeg or Hargreaves Lansdown. Fidelity and Interactive Investor offer pensions only.

Check charges carefully when choosing. They have good guides on starting out as an investor plus ideas for where to put the money.

As for funds, the world is hers, but for a long-term investment I would look at something with worldwide exposure and low charges, such as Vanguard Global Equity.

You can invest in a pension with Vanguard, but it does not offer LISAs, so you would have to use an investment supermarket.

Ovo billed me £600 but house was empty

My tenant left on April 1 and I sold the house in September. I took electricity and gas readings. The place has been empty, so no energy has been used.

Letters arrived, addressed to the occupier, so I opened one to discover a bill from Ovo Energy for £605.49. I phoned and explained the house had been empty and gave meter readings.

I am now getting bills for £113.39, have had a default notice and been warned of court orders.

Tony Hazell replies: Ovo Energy has done nothing wrong here. After you called, it removed the outstanding bill from your former tenant.

However, the power remained connected after April 1, so you were liable for a £113.39 standing charge.

Ovo Energy has offered £30 as a goodwill gesture.

A company spokesman says: ‘We have apologised to Mrs B for not providing her with a clear explanation on why she was liable for the property.’