New rules designed to ensure communities will still have access to cash when their last bank shuts are likely to result in a fierce consumer backlash in the coming weeks as some of the country’s major high street banks embark upon a fresh round of branch closures.

Banking experts believe the new requirements, thrashed out late last year by the big banks and the Access to Cash Action Group, are well merited, but currently remain far too lenient towards the banks.

Many communities, they argue, will still lose their last bank branch – without benefiting from any improvement in alternative access-to-cash services (a post office for example) that they thought the rules were designed to ensure. 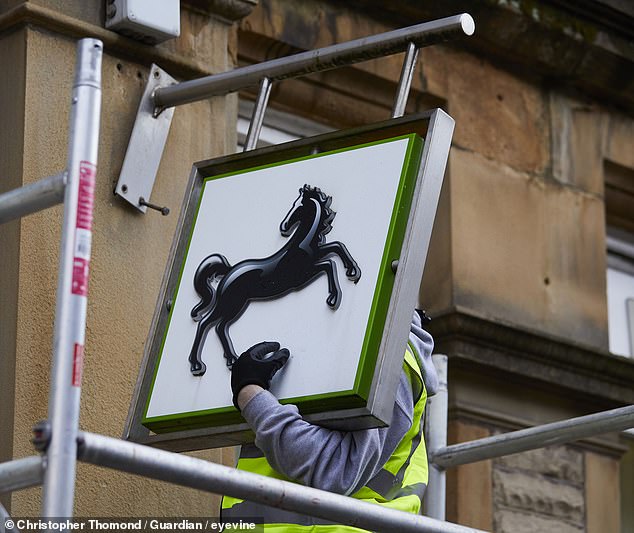 Sign of the times: Closures have become a familiar sight as major banks axed branches in their droves

Banking experts believe between 700 and 800 branches are likely to be culled this year as the major banks seek to cut costs and attempt to stem the march of new digital banks.

The first announcements of the year on bank branch closures are expected to come this month or next – with Lloyds and NatWest rumoured to be closest to confirming their plans.

‘There are going to be a lot of disappointed small businesses and angry branch-dependent customers out there once branch closures start getting announced,’ said one banking source close to the new arrangements.

They added: ‘As a result of the new rules, they are going to think a white knight will come rushing to their rescue and insist that the banks fund the installation of a new cash machine in their community – or even a new-style banking hub that all bank customers can use. But it won’t always be the case.’

Experts also believe the new rules need the backing of supporting legislation, otherwise the banks will look at ways to comply with them while spending as little as possible on funding alternative banking services.

The Government said it would legislate to protect access to cash two years ago, with any subsequent rules enforced by the Financial Conduct Authority, but it has yet to do so.

Derek French, a longstanding campaigner for shared branches or banking hubs as they are now referred to, says: ‘The new rules do not represent a big enough leap forward.

‘The banks should be required by legislation to be doing more to preserve banking services on our country’s high streets. That means a nationwide network of banking hubs funded by the big banks, not a pick ‘n’ mix assortment of cash machines and cashback services.’

French says there are between 200 and 400 communities up and down the country that should be homes to these hubs, but he doubts whether the new rules will result in any more than 30 being set up.

The new rules on closures came into force at the start of this year. They were devised by the Access to Cash Action Group, a committee chaired by ‘cash champion’ Natalie Ceeney and set up by banking trade association UK Finance to look at ways of preserving access to cash.

The rules require ‘independent’ oversight of all branch closures ahead of their announcement by an individual bank. This role has been given to cash machine network Link – which is actually owned by the banks.

If a bank has drawn up a list of closures, it must submit them first to Link. It then applies an algorithm, devised by the banks, to all the branch closures that will leave a community bankless. Closures in towns where there is a rival bank still on the high street will not be investigated.

This algorithm will then determine whether the closure is allowed to take place without any remedial action from the banking industry.

Or it could signal that the closure can happen only if the banks collectively fund the provision of alternative access-to-cash services in the community – or improvements to existing ones. These could take the form of a new free-to-use cash machine, a bolstering of the local post office service (for example, the installation of an extra counter), or a banking hub.

The hub would be operated by a third party such as the Post Office, with staff from the big banks coming in on specific days to meet customers who need to discuss more complex financial issues, such as arranging a home loan or dealing with probate.

Such hubs have already been successfully trialled in Rochford, Essex and Cambuslang near Glasgow. The algorithm takes into account a host of factors in deciding whether alternative banking services need to be provided or existing ones improved.

These include the age demographic of the community – those with a large elderly population will be looked upon more favourably because such an age group has a greater need for high street banking services.

Other factors considered include whether the community has a big network of small cash-generating businesses that need to bank takings on a regular basis; whether the local post office can cope with an increase in demand for its services once the last bank shuts; and the proximity of the nearest town with a remaining bank branch.

Once the algorithm identifies those communities needing new banking services to make up for the loss of the last branch, Link’s role will be to determine which of the three solutions is best.

It has put together a small team to visit the communities and assess what is the best way forward. The banks will then be required to carry out and fund Link’s recommendation.

It is the fairness of the algorithm that some experts are questioning. They believe it has been set up to minimise the costs that the banks must pay.

It will also not be applied to communities that have already lost their last bank – and there is nothing to stop a bank shutting the last branch, even if a banking hub is recommended by Link and the closing branch would be the best place for it to be located in.

Some believe it will be Link that will end up taking the criticism when communities losing their last branch feel short-changed – not the banks. ‘The rules aren’t good enough,’ said one source last week.

‘Link will be seen as the ultimate decision maker and will take the flak when it’s the banks that should be getting it.’

When a bank announces details of its closures, Link will be allowed to publish shortly afterwards which of the closures it has identified as requiring additional banking services.

The MoS understands some of the banks have already submitted closure lists to Link ahead of official announcements. Yet none of the banks, nor Link representatives, would confirm this.

Lloyds said: ‘As we continue to respond to our customers’ changing behaviour, and make sure that we have the right branches in the right places, we expect that we will continue to make changes to our branch network. Any potential closures across our brands will go through the independent assessment process, which is an important step in maintaining access to cash for people and businesses who need it.’

NatWest said: ‘Having helped to design and develop the industry framework to ensure continued widespread access to cash through the Access to Cash Action Group, we are fully supportive, committed to its requirements, and an active participant in the group.’

Nationwide told The Mail on Sunday: ‘Branches remain a key part of the way we serve our members and we recognise how much they are valued. This doesn’t mean we will never close a branch – sometimes we have to, for example where we have a number of branches in the same area or a branch requires a lot of financial investment.’

Santander stated: ‘We haven’t submitted a list [to Link] as we don’t have any announcement [on branch closures] planned.’ It shut 111 branches last year.

John Howells, Link chief executive, said: ‘I am pleased Link has been asked to take on the role of maintaining access to cash and we have our sleeves rolled up to support communities across the UK. Cash use continues to decline, which is placing pressure on ATMs and bank branches.’

Natalie Ceeney said: ‘Access to cash and banking services are really important for millions of people and to small businesses. If a community does lose its last branch, there’s now an effective way to make sure no one is left behind.

‘Whether that’s a new ATM, an enhanced Post Office or a banking hub, we have the tools to support communities.’

Showaddywaddy star: Towns like mine must get support they need 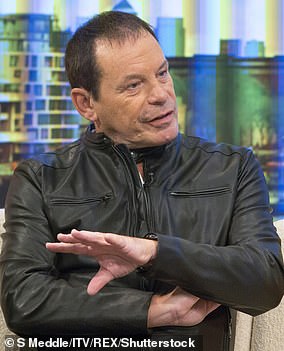 The market town of Syston in Leicestershire will host one of five banking hubs to be launched this year as a result of an agreement struck late last year with the banks and the Access to Cash Action Group.

These will complement any hubs recommended by Link in response to last bank in town closures announced this year.

Syston has lost all of its four banks in the past decade. NatWest exited eight years ago, followed by HSBC, Barclays and Santander, which pulled the plug last summer. Walk down the high street today and the Santander and Barclays branches are boarded up, while NatWest is home to a firm of solicitors and HSBC has become an optician.

The old Barclays branch is currently an eyesore, white paint peeling off the dilapidated building. Yet it is expected to be home to the banking hub by the summer.

Dave Bartram, former frontman of 1970s pop group Showaddywaddy, grew up in this 13,000-strong town and regularly comes back to visit close family and friends.

The 69-year-old, who now lives near Bingham, Nottinghamshire, says news of the banking hub is ‘welcome’. Yet he believes banks have helped damage the fabric of many communities like Syston by shutting branches, often indiscriminately.

He says: ‘In the music business, if you fail to deliver you do not last. The banking world seems to play by different rules. We trust them with our money and in return get precious little back. Banks should not reward our loyalty to them with branch closures, but show their support for communities like Syston.’

The 56-year-old says: ‘Since the banks started pulling out of this town, the footfall for local shops in the area has fallen by more than a third – as people have gone to other nearby towns for their banking needs. I fear this new idea is no substitute for a traditional high street bank.’

Shirley Wright and Lindsay Rook run the Let’s Party shop across the road from Husein’s business, selling everything from helium-filled balloons to greetings cards.

Shirley, 63, says: ‘It is a shame the high street banks have deserted us. The town continues to grow, it’s a great place to live, and the economy is buoyed by being home to food company Pukka Pies. Of course, we welcome a new banking hub.’

The other four hubs will be in Acton, West London; Brixham, Devon; Carnoustie, Angus; and Knaresborough, North Yorkshire.