Tumbleweed. That’s what big banks are giving savers in the aftermath of two rate rises in quick succession.

In December, base rate nudged 0.15 percentage points higher to 0.25 per cent, and climbed up to 0.5 per cent earlier this month.

Some challenger banks have upped savings rates, while building societies – Nationwide with a few exceptions excluded – on the whole are doing the same. 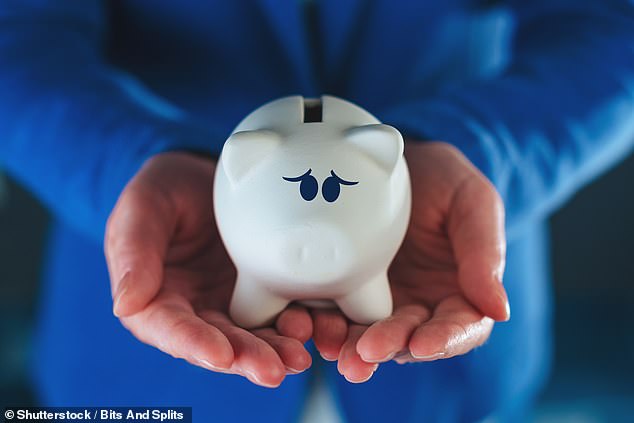 Savings tumbleweed: Easy-access rates continue to be rock-bottom – but current account switching incentives are back with a bang

In the same breath, there are returns available from some of the big banks – but you’ll need to switch your current account to them.

There are often hoops to jump through, direct debits to transfer (handily done by the Current Account Switching Service) but many loyal customers don’t want to rock the boat.

They like their money, pay and bills all neatly in the same bank they’ve been with for a long time – and I don’t blame them.

However, it’s the only way to currently eke any money out of the banks. For example, HSBC offshoot First Direct is offering £150 to switch (HSBC pulled its own similar offer earlier this month).

Switch your current account to First Direct with £1,000 in your account and you’ll earn the equivalent of 14 per cent interest over the year. To earn the same with its easy-access rate, you’ll be long dead before you get anywhere near that.

The money should arrive after 28 days after the criteria being met – AKA, using CASS and paying in at least £1,000 within three months of opening the account.

A similar incentive at NatWest offers £150 versus its 0.01 per cent easy-access account.

At Santander, it’s £140 versus its 0.01 per cent easy-access account, along with cashback perks.

If you remove the notion of loyalty out of the equation, you could potentially move once a year for a bit of pocket money.

And while I can moan about those insulting easy-access rates on offer, at least the banks above are offering real hard cold cash perks to switchers.

Barclays and Lloyds aren’t even doing that AND have easy-access rates paying 0.01 per cent.

It comes at a time of soaring inflation and while mortgage rates continue to be low, variable deals have been largely bumped up in the base rate aftermath.

The link between base rate and savings rates was largely burnt once cheap money was pumped into the system. Banks don’t need savers.

I’m bored of repeating the message of: don’t be lazy, pull your savings out, no matter how little it is and go somewhere else.

If you’re happy being paid a pittance on your savings or think rates elsewhere are so low, you can’t be bothered, that’s your prerogative. Again, I understand.

You may ask, why are banks going through the faff of offering cash bribes to get people to switch current account, especially when you consider one of the big winners in the recent switching battle – Starling – hasn’t got involved at all?

If you’re happy being paid a pittance on your savings or think rates elsewhere are so low, you can’t be bothered, that’s your prerogative

Meanwhile another ‘challenger’ of sorts, Virgin Money, is offering a bribe to join in the form of experience vouchers but an attractive looking linked savings rate of 1 per cent up to £25,000.

The answer is cross-selling. If they hook you in as a current account customer, you’re more likely to take out other linked products with it. Savings, mortgages, loans, credit cards, insurance, investments – you get the idea.

It appears big banks are willing to pull money from behind the sofa to attract new current account customers for that very reason – and they’ll rub their hands in glee if you manage to slip into the overdraft and make them that £150 back.

It’s a loss leader, with a potential to claw it back.

They are profit making organisations after all, not community-led, be fair to customers kind of businesses.

These bribes are also around to battle Starling, Monzo and to a degree, Virgin Money. They are younger, nimbler without legacy systems and can focus on attracting custom from good customer service and glossy apps.

Savings accounts have been bank tumbleweed for a while. Dead, dry and going on and on in barren land without change.

Current accounts are banks going into an old western saloon like gun-slinging cowboys making all the noise and attracting all the attention.

They are chucking money down at the bar and buying moonshine to be the most popular cowboy in town, when it might just be the quiet one in the corner holding all of the cards.