More than 7.5 million used cars changed hands last year as the second-hand market grew 11.5 per cent on the back of the short supply of new vehicles.

A total of 7,530,956 used motor transactions were made – 777,997 more than the previous year – according to the latest figures released by the Society of Motor Manufacturers and Traders (SMMT).

Here’s a countdown of which second-hand motors were bought in biggest numbers in the UK. 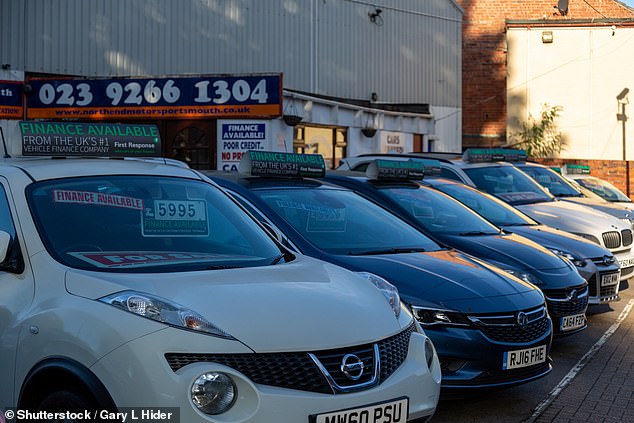 Used car market grows: Some 7.5m second-hand motors changed hands in 2021, which is 778k more than the year previous. However, dealers are running low on stock due to high demand

Despite the year-on-year growth, transactions fell by 3.1 per cent in the final three months of the year as dealers ran low on vehicles stocks following a 2021 of unprecedented demand for used motors.

With the semiconductor shortage causing substantial new-car delivery delays and impatient motorists shifting their attention to the used market from the middle of last year, dealer stock levels have been running low in recent months.

Demand for used cars in December alone fell by 10.2 per cent, the SMMT said, which was due to a combination of growing Omicron cases and the reduced availability of vehicles.

Sales of used petrol and diesel cars both grew by 10.7 and 9.8 per cent respectively last year, while demand for electric and hybrid vehicles grew significant – as much as 119.2 per cent for battery-only cars – as more low-emission models dripped into the used market as appetite for greener models hits at an all-time high.

Mike Hawes, SMMT Chief Executive, said, ‘It’s good to see the used car market return to growth, even if activity is still below where we were pre-pandemic.

‘With the global shortage of semiconductors set to ease later this year, releasing the squeeze on new car supply, we expect more of the latest, cleanest and zero emission models to become available for second owners.’

Ian Plummer, commercial director at used car marketplace Auto Trader, estimates that there have been around 1.5 million ‘lost’ new car sales since the pandemic struck and semiconductors went into short supply, which has then reflecting on the used market. 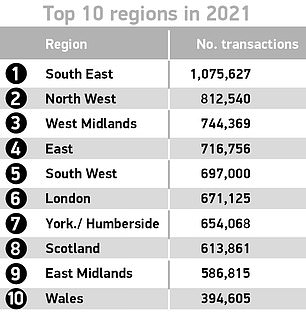 Most used car transactions were in the South East, with over one million changing hands in the region

He says there are fewer younger vehicles second-hand vehicles available as a result, which is impacting dealer stocks and pushing prices higher by almost 30 per cent on average.

‘There are already a third fewer sub three-year-old used cars available to buy this year than there were in 2019,’ he said.

‘With no sign of demand easing, price growth won’t be slowing significantly anytime soon and we may have to get used to our cars as appreciating assets.’

Richard Peberdy, UK head of automotive at KPMG, said the impact on the second-hand market was causing an ‘additional cost challenge’ for some consumers whose budgets are being squeezed on a number of fronts.

‘As supply chain problems eventually ease, more new cars will be produced, more used cars will enter the market and their prices will begin to level off,’ he suggested.

Used car transaction figures have been published by the SMMT a month after it released official data for new car registrations.

Supply shortages in the new market means the top 10 most popular zero-mile cars looked very different to previous years – not least with Vauxhall’s Corsa ending Ford’s 50-year run as maker of the most-sold new motor, and Tesla taking second spot with the Model 3.

But what impact has record appetite – and soaring prices – had on the most popular used cars? Here’s a countdown on the 10 models that most commonly changed hands in 2021: 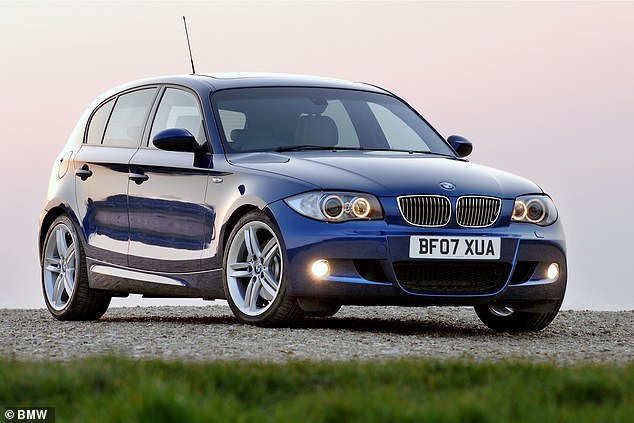 Badge appeal is strong with the 1 Series, with used buyers attracted to the idea of a family hatchback with a BMW badge on the bonnet

Having been on sale in the UK since 2004 and been sold across three different generations, there is plenty of availability in the UK. 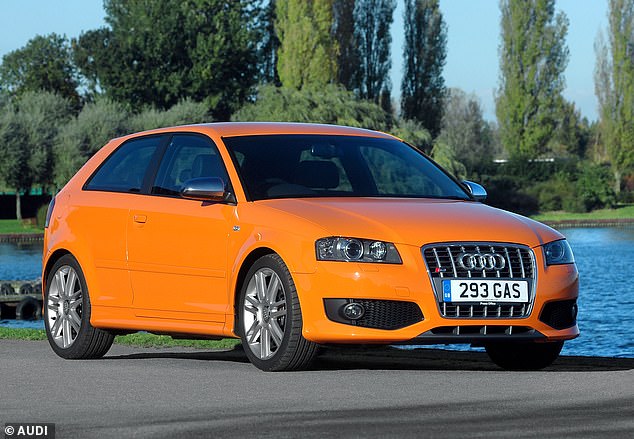 The Audi A3 is another premium family hatch that’s been around since the late ’90s. The depreciate slowly and lots of badge kudos, which is what makes them a popular used buy

A rival to the 3 Series, the Audi has been around even longer, with the first-generation car launched in the late nineties and there still being plenty examples of that car on the road today.

The appeal of badge kudos, a premium interior and pretty slow depreciation makes the A3, across all four generations, an attracting second-hand buy. 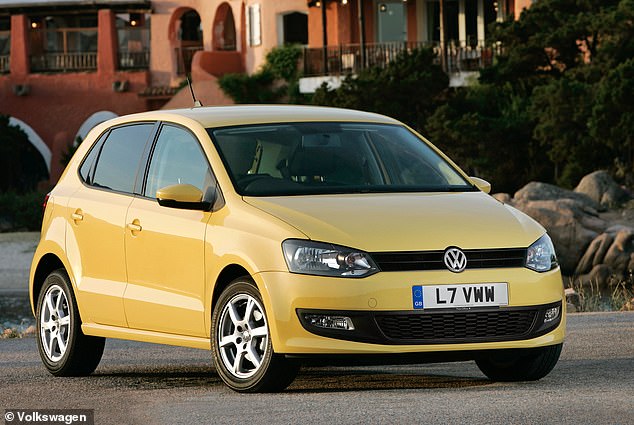 Fancier than a Renault Clio or Peugeot 206/207/208, the Volkswagen Polo is a classy supermini with lots of premium appeal in a sector that hasn’t been best known for luxury

Back when few premium brands had superminis in their range, the Polo was one of the fanciest small cars you could get. And it’s been kicking around for some time, with the original launched in the seventies.

Latter generations have grown quite a bit in size, so much so that they can almost pas as a compact family car. Again, depreciation is relatively slow for this one. 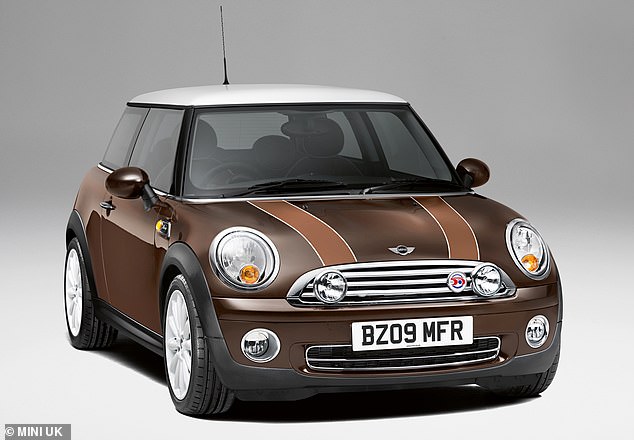 Of all the small cars on the market, nothing else holds its value as well as the Mini hatchback, which was the seventh most bought used model in 2021

Fewer modern cars have split opinion like the BMW-built Mini. Traditionalists hate everything about it, especially its ownership and the not-so-mini dimensions. But an equal volume of drivers love its retro looks and kart-like handling.

Whatever your opinion on the Mini hatch, since it returned to the market in 2001 it has been a big seller. Again, it holds value exceptionally well, such is demand from used buyers. 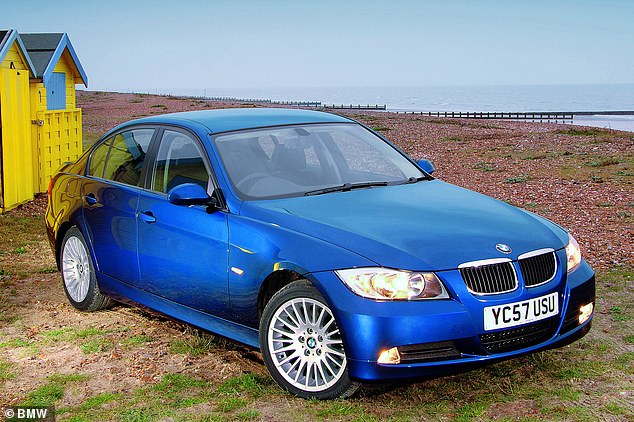 While demand for saloon cars is shrinking, the BMW 3 Series is still very much an in-demand used motor

With demand for saloon cars falling by the wayside in recent years, there is no quelling the demand for the BMW 3 Series.

It’s certainly the UK’s favourite junior executive saloon and its second-hand appeal is still steering customers away from hatchbacks and SUVs. A spacious interior and great fuel economy – especially from diesels – makes it an appealing family motor. 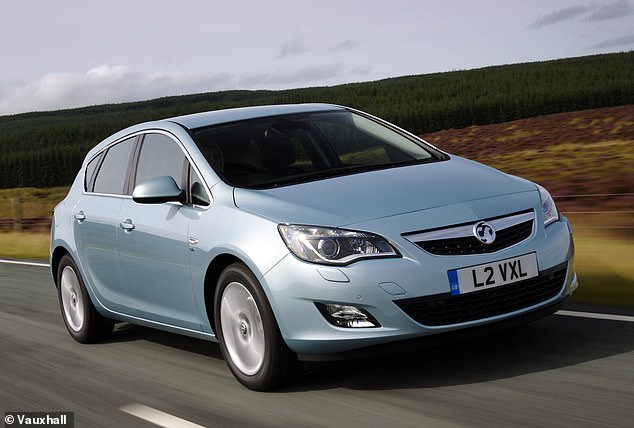 Over 200k used Vauxhall Astras changed hands in 2021. The family hatchback isn’t the best to drive, but it is practical – and fast depreciation makes second-hand cars relatively cheap

A long-standing favourite in the UK, there are plenty of Vauxhall Astras to go around. And that’s why it is fifth in this list.

While it might not drive as well as some of its closest rivals in this list – or offer premium appeal – it is a practical and spacious family model. Depreciation isn’t great, which means second-hand models can be quite a lot cheaper than the competition. 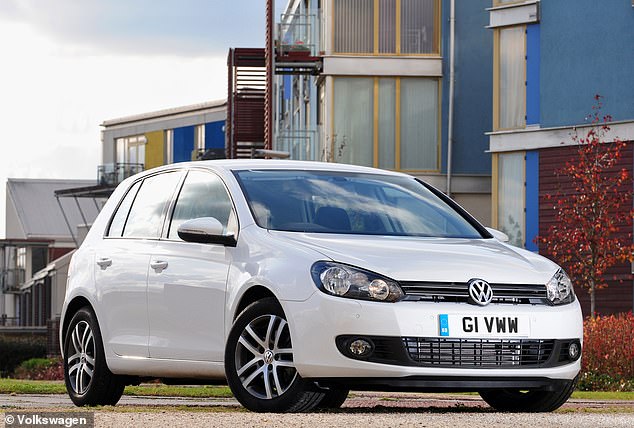 The Volkswagen Golf has in recent years been one of the most rounded family hatchbacks on the market, which is why demand is so high for second-hand cars

Another family hatchback that’s packed with badge appeal is the VW Golf, which is among the best-selling new cars as well as used.

Recent generations have all been exceptionally well-rounded vehicles, offering lots of premium feel, good driving dynamics, a host of strong and efficient engines and lots of value retention. No wonder over 245,000 changed hands in 2021. 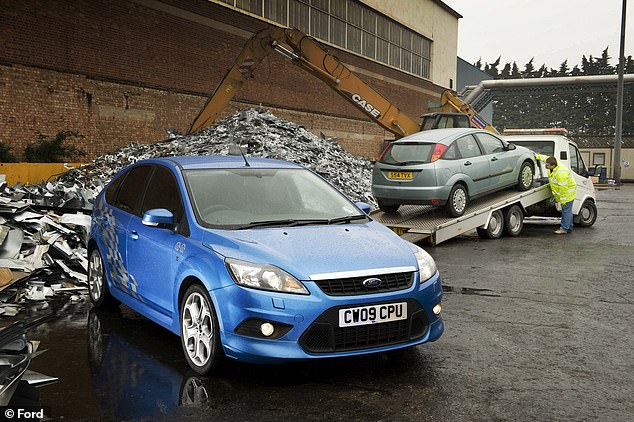 Over a quarter of a million used Ford Focus models changed hands in 2021. The family hatch was the nation’s most bought new car for a decade from 1999 and is very popular still today

The Focus was the UK’s most bought new cars every year between 1999 and 2008, so there are lots of examples around.

Traditionally, it’s the best-handling medium-size family motor on the market, though not always the classiest – which is why it has fallen behind the Golf in new car sales in recent years. 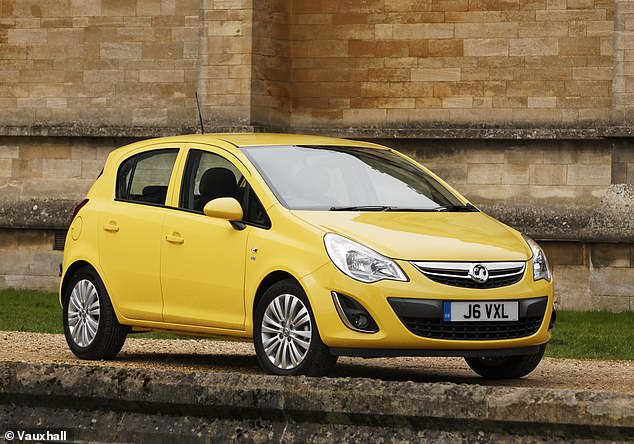 The Vauxhall Corsa might have topped the registrations charts for 2021, but it hasn’t been able to repeat the same success in the used market

The Vauxhall Corsa might have been 2021’s best-selling new car but it isn’t the top choice second-hand model, despite over a quarter of a million changing hands last year.

With the Corsa model being around since the early nineties and selling in droves since replacing the Nova, there are loads on the road. Rapid depreciation means they are usually a cheaper option than its closest rival and the best-selling used car, which is… 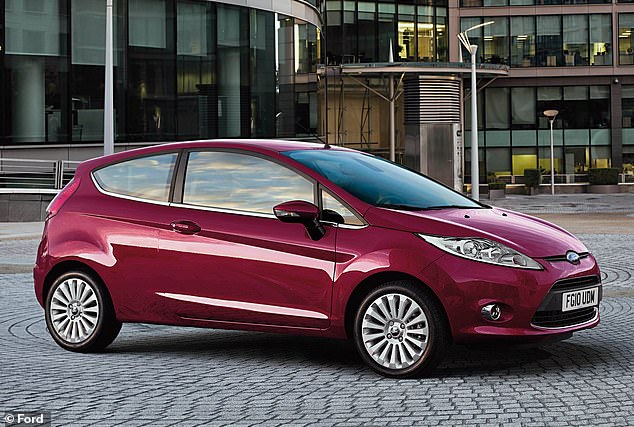 Ford’s Fiesta is again the most-bought second-hand model in the UK. Recent examples of the supermini are incredibly good to drive and immensely practical. They’re reliable too

It comes as little surprise to see the Ford Fiesta topping the second-hand charts, with the nation’s most-bought new car every year from 2009 to 2020 being in high demand.

And it’s for good reason as recent generation Fiesta have been incredibly good to drive, hugely practical, relatively dependable and pretty much better than anything else on the market at a similar price point.