This time last year Julie Broderick discovered her vulnerable older brother had paid thousands of pounds for insurance policies he did not need.

More than a dozen firms – some operating from the same addresses – were charging the Alzheimer’s sufferer between £10 and £15 a month to cover household appliances including his television and washing machine. 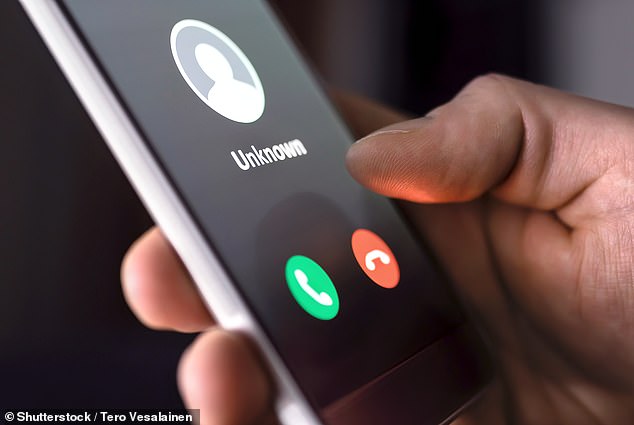 Nuisance calls: Salesman are targeting elderly and vulnerable homeowners to sell insurance products or services for white goods and other home appliances

This was more than his appliances were worth all together. In addition he also had separate insurance with Sky to cover his TV, Sky box and satellite dish, and household contents insurance to cover any damage.

Julie’s brother, who is 67 and lives alone, is one of thousands of older people targeted by ruthless companies flogging home appliance insurance.

This week one of the firms that targeted him — Home Sure Solutions Ltd — was fined £100,000 by data watchdog the Information Commissioner’s Office (ICO).

It has also taken action against four other companies for making hundreds of thousands of nuisance calls.

It found salesmen were targeting elderly and vulnerable homeowners to sell insurance products or services for home appliances which most did not need.

One elderly victim was left with just £500 in their account after sending more than £7,500 in just over a month.

The ICO says Home Sure Solutions, in Hove, East Sussex, made almost 230,000 unwanted marketing calls in the pandemic between March and September 2020.

It found another company, UK Platinum Home Care Services, was responsible for 412,000 calls in seven months to homeowners aged 60 to 80.

Julie, who lives in Yorkshire, says her brother was bombarded with calls.

His bank, TSB, has since refunded all the payments, but Julie is worried he could continue to be targeted. She says: ‘These companies are preying on vulnerable people, which is sickening.’

Damage to white goods, such as fridges, freezers and washing machines, is typically covered by home contents insurance.

This will not cover mechanical faults, but under the Consumer Rights Act you are entitled to a full refund if a fault develops 30 days after purchase.

UK Platinum Home Care Services says it has appealed on the grounds the calls it made were not unsolicited.