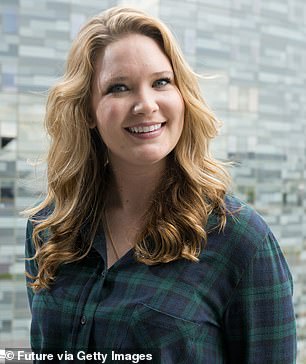 Publishing giant Bloomsbury saw its shares register one of the biggest increases on the London markets today as the group upgraded its annual outlook for the second time this year.

Bloomsbury shares closed trading 9.6 per cent higher at £4.00 on Wednesday, making them the second-largest riser on the FTSE All-Share and Small Cap indexes, behind peer-to-peer lender Funding Circle Holdings.

The London-based company now estimates sales will ‘comfortably’ exceed £212.5million for the 12 months to 28 February, while pre-tax earnings will be ‘materially ahead’ of £22.3million.

When the firm declared its interim results back in October, it predicted achieving revenue of £193.4 million and profit before taxation of £19.3million for the 2022 financial year, a forecast that was subsequently enhanced three months later.

It is the second instalment of Maas’s Crescent City series after House of Earth and Blood, also a major seller, and was described by one reviewer as ‘Game of Thrones meets Buffy the Vampire Slayer with a drizzle of E.L. James.’

Other popular titles recently issued by the London firm include Wendy Mitchell’s What I Wish People Knew About Dementia, The Leviathan by Rosie Andrews and Violeta by Chilean-American author Isabel Allende.

Bloomsbury also said there was significant demand for backlist books, including other Sarah J. Maas titles, Song Of Achilles from TikTok star Madeline Miller, and the Harry Potter series, one of the company’s biggest historical earners.

In addition, the publisher surpassed its target to produce £5million of profit and £15million of revenues at its New York-based Bloomsbury Digital Resources division by 2021/22.

Commenting on the group’s results, Nigel Newton said: ‘Bloomsbury’s excellent performance demonstrates the strength and resilience of our business and the successful execution of our digital and acquisition strategy.’

He added: ‘Alongside this strong performance, we successfully mitigated ongoing print supply chain challenges, including printing titles earlier than usual and being flexible about where we print.’

Since the coronavirus pandemic began two years ago, there has been a significant boom in purchases of Bloomsbury books as people across the world looked to occupy the increasing amount of time they were spending indoors.

The publisher accomplished record annual sales of £185.1million in the 2021 financial year and followed this up with its highest ever first-half revenues and profits.

Regarding the latter results, the business noted that sales had been buoyed by consumers ordering books earlier than they usually had in previous years, as well as impressive demand in its consumer and non-consumer arms.

Among Bloomsbury’s bestsellers during this period were Tom Kerridge’s Outdoor Cooking, We are Bellingcat by journalist Eliot Higgins, and The Priory of the Orange Tree, a fantasy feminist novel based on the legend of Saint George and the Dragon.

harrry
Previous articleWhat is CoolSculpting and Why Should You Consider It?
Next articleASK TONY: Avis demanded £1,200 for a chipped hire car windscreen