Britain’s biggest banks are preparing to trigger a bonus bonanza totalling more than £4billion as profits soar to their highest for more than 15 years.

Barclays, HSBC, Lloyds Banking Group and NatWest will reveal the bumper payout over the next fortnight as the cost of living crisis engulfs the rest of the nation.

Barclays will lead the way with a bonus pot that could reach £2billion largely thanks to its investment banking arm advising firms on raising cash and making acquisitions. 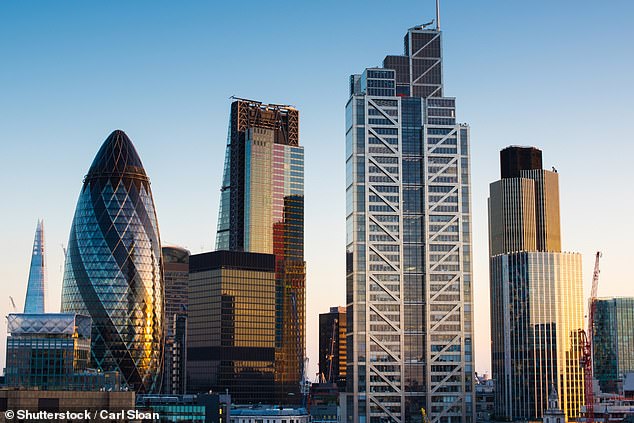 Bonanza: Barclays, HSBC, Lloyds Banking Group and NatWest will reveal the bumper payout over the next fortnight

Banks have been benefiting from a boom in corporate deals, rising interest rates and lower-than-expected losses on loans handed out through the pandemic.

The Big Four along with London-based international bank Standard Chartered are expected to announce pre-tax profits of £36.5billion for 2021 – up from £12.4billion the previous year. That would mean the stellar profits exceed even the £35.8billion reported in 2007 before the financial crisis took hold.

Billions of pounds of dividends and share buybacks are also expected as the banks hand out excess cash to shareholders, according to investment firm AJ Bell.

The return of the good times for banks comes as ordinary Britons grapple with the biggest fall in disposable income in three decades. The cost of goods is surging, energy bills are set to double, interest rates are rising and National Insurance contributions are increasing.

Luke Hildyard, director of the High Pay Centre, said: ‘It undermines the idea that the super rich are somehow good for society and that there’s a trickle-down effect benefiting the rest of us. ‘If that were the case, a golden age for bankers would be mirrored by better living standards for wider society, but we’re seeing the opposite.

‘Those at the top are doing very well-whereas those at the bottom are struggling.’

Barclays has been turbo-charged by its investment bank which advised on mergers and flotations in a year of record deals – including the £8billion listing of payments firm Wise. The bank’s bonus pool is set to be higher than the £1.58billion it paid out in the previous year.

Jes Staley, who quit as chief executive in November amid a probe into his ties with convicted sex offender Jeffrey Epstein, could receive payments of about £22million over the coming years if the bank hits performance targets.

NatWest is to pay nearly £300million – up from £206million. Chief executive Alison Rose will get an annual incentive award of shares despite last year’s £265million fine for breaking money laundering rules.