The most publicity the Northumberland town of Blyth has received in recent years is through a Royal Navy TV recruitment campaign – and it hasn’t been entirely positive. ‘I was born in Blyth, but I was made in the Royal Navy,’ a young man declares in the adverts, describing how he had left the small town to turn his life around.

That is a red rag to a bull for Peter Rolton, who is determined his £3.8billion electric car battery factory will create enough high quality jobs to stop the exodus of young people.

‘One of the local councillors said 75 per cent of people in the area under the age of 25 leave because there are no prospects,’ he says. ‘I want to see, ‘Born in Blyth and stay in Blyth, as there is a great job here’.’ 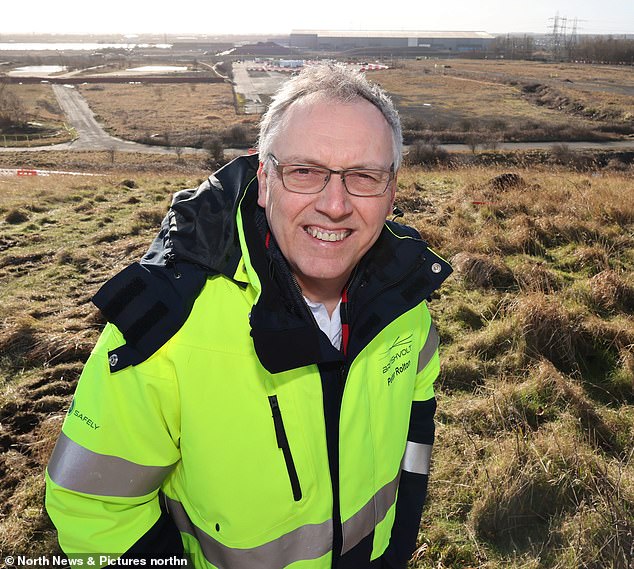 If the Britishvolt factory his company is building is successful, then that just might happen. The plant offers the hope of reversing decades of high unemployment and economic decline in one of the UK’s most deprived places.

The factory, which will create 8,000 sorely needed jobs in the North East, will be a key plank of the Government’s agenda to level up the regions. And it is a cornerstone in plans to cut carbon emissions and fire up a new green industrial revolution. It is also a region where the Conservative party has made fresh headway. Blyth Valley made election history in 2019 when it became the first constituency in Labour’s traditional ‘Red Wall’ stronghold to turn blue.

Much of the local community Britishvolt will be appealing to will be based in this area – though the factory itself is in the Labour seat of Wansbeck.

Launched in 2019, Britishvolt is developing its factory on the site of a power station coal yard. It recently clinched £100million of Government funding, which was the key to unlocking a £1.7billion investment from finance giant Abrdn and property investor Tritax.

Britishvolt recently unveiled a partnership with Lotus to develop its first electric car, is understood to be in talks with Aston Martin and will embark on a recycling project with mining titan Glencore, which is already one of its backers.

Rolton, 59, has no truck with nostalgia, nor for laments over the decline of Britain’s once-great manufacturing prowess in steel and heavy engineering.

‘Rather than try to save the sunset industries of the past, we should channel our energy into creating new sunrise ones. We’re attempting to bring forward the green revolution in the UK,’ he says. ‘We’re trying to create the future, not revisit the past.’

For Rolton, who was born in Northampton but grew up in Northumberland, it is a personal mission. The North East is the UK’s unemployment blackspot, with 5.7 per cent of people out of work in the three months to the end of November, compared to the UK average of 4.1 per cent.

It is the region with the most children receiving free school meals and around 35 per cent of kids were estimated to be living in poverty, even before the pandemic. ‘This area of the North East lost the traditional shipbuilding industry and never recovered from that,’ he says. ‘My parents ran a post office and said, ‘Do you want to take it over one day?’ when I was about 16.

‘But I couldn’t imagine the sevenday weeks… it would’ve been like Open All Hours with David Jason. No thank you. So I went to college.’ 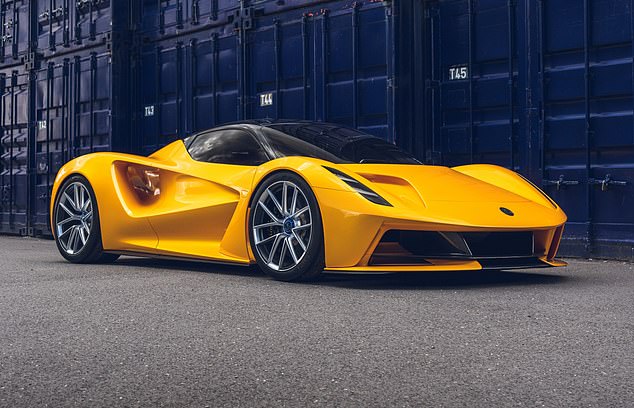 Rolton went to what is now Northumbria University and then moved to London. His hope is that the arrival of Britishvolt will mean today’s version of himself will not need to leave the North East. That’s big talk for an area that has barely recovered from the recession of the 1980s.

But the sheer scale of Britishvolt’s flagship Blyth project is stupendous: it will be the fourth biggest building in the country once completed. It could act as a gigantic magnet for suppliers, which it is inviting to move to the area.

Due to open in phases from 2024, at its peak it will produce enough cells for 300,000 electric car batteries a year. The company estimates it will create 3,000 direct jobs and 5,000 in the supply chain.

Plans are afoot for a stock market float in London – which would be a coup for the City. A listing was expected this year, but the timetable seems to have slipped. ‘We will float,’ Rolton says, adding that the timing is ‘tricky’ and ‘we need to pick our moments carefully’. He says that the level of interest in the business, and the deals with Abrdn and Tritax mean there is no urgent need to go to the stock market.

‘We might push it back until next year, but we really haven’t made a decision,’ he says. A float could make Britishvolt a takeover target, like so many innovative UK companies that have been sold off to overseas predators.

He says Britishvolt’s founder, the UAE-based businessman Orral Nadjari, who established the company in 2019, does not want to sell out. ‘He wants a British-based global business, we wouldn’t do that [sell to an overseas buyer] for years and years and years – if ever.

‘We’re here to create a business and expand it, not to set something up rapidly and then sell it off.’

The plant is starting off with bespoke batteries in partnership with the UK’s mostly smaller-scale – though high-end – car companies. This he hopes, will be the basis for mass-market battery production down the line.

‘We’ve set out to develop our own intellectual property,’ he explains. ‘We’ve gone down the route of saying, what do customers want for different types of vehicles? The type of battery you need in a sports car is completely different to a white van.’

It all sounds so positive and ambitious that some in Blyth – and elsewhere – will think it is too good to be true. In three years Britishvolt has secured close to £2billion in funding, gained planning permission and already has spades in the ground.

‘To the sceptics I would say: look at what we’ve actually done and the time we’ve done it.’

If he pulls it off, it will be good news for Blyth, for the electric car industry and for the Government – though maybe not for the Navy, which might have to recruit elsewhere.