Can your council snatch a lump sum won in DWP state pension scandal? An expert explains your rights and calls for government rethink on loophole

By Spencer Gardner For This Is Money 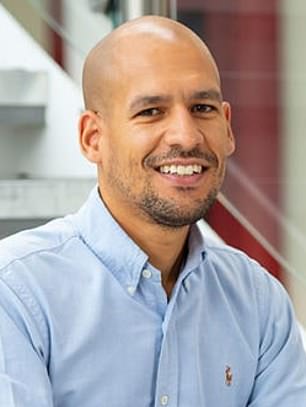 Spencer Gardner: The Government should review this loophole to save women a fight with councils over their DWP lump sums

He looks at the legal issues faced by a woman who was forced to fight off a council raid on a £13,800 state pension lump sum intended to redress a 12-year DWP blunder.

Wokingham Borough Council does have the power to treat a state pension arrears payment as both income and capital, and this has a double-whammy effect.

The council sent a retrospective bill to Mrs Brown making an additional charge for each of the previous years she received a council tax reduction, as if she had been receiving the income she was entitled to each month.

It also made a further charge on the basis she now has a lump sum payment, even though that was only the accumulated arrears it had already charged her for as income.

If the pension payments had been made properly, Mrs Brown would have likely spent them, but due to the delay in payment she lost this opportunity and was being penalised.

However, Wokingham misdirected itself in concluding it did not have discretion in this area.

It wrote to Mrs Brown last May, stating: ‘Unfortunately, there is nothing in these regulations that allows us to disregard any of your capital.’

This was a flawed approach.

They must therefore exercise discretion in Mrs Brown’s case.

This is because when exercising their discretion to make these decisions councils are required by law to act ‘reasonably’.

Have YOU received a state pension backpayment?

If your DWP lump sum is causing you trouble with benefits, council tax, care costs or tax, get in touch with us at: [email protected]and we will try to help.

One would hope the fact that this group of women have had to wait so long for reimbursement in the first place, and have already been treated shabbily by the state before even arriving at this point, would be carefully factored in by councils.

Interestingly, Wokingham’s own published policy sets out that in the scenario that it has underpaid council tax support payments (and the shoe is on the other foot), it will only reimburse residents for up to three months of payments, rather than the 12-year retrospective period applied to Mrs Brown!

There is one approach when the council stands to benefit, but another when it comes to providing backdated support that would have otherwise been payable.

Whilst doubtless being sympathetic in similar scenarios, cash-strapped councils will almost certainly maintain budgetary restraints must win the day, and might lawfully take the same approach as Wokingham and penalise other women where they conclude the need to raise funds outweighs other factors.

Government guidance has left this loophole and I would call on the Department for Levelling Up, Housing and Communities to look at Mrs Brown’s experience and those of other women in a similar position to review this situation.

That would save them having to fight once again, this time with local councils, to obtain what would seem to most people to be an equitable outcome following state failings which were no fault of their own.

harrry
Previous article
Is a VCT the right investment for you?
Next article
Maisie Williams Wears Stunning Navy Blue Eyeliner With Her Bleached Brows