Savers withdrew a record amount of money from cash Isas in the second half of 2021 indicating that record low rates are making the majority see the tax wrapper as pointless.

In total, people withdrew more than £7billion from cash Isa accounts in the final six months of last year, according to analysis of Bank of England data by investing platform, AJ Bell.

Each individual can save or invest up to £20,000 each tax year into either a cash or stocks and shares Isa while shielding interest, dividends or capital gains from tax. 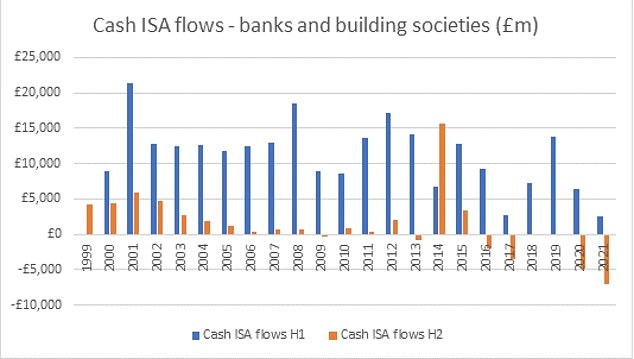 The interest rate premium on cash Isas has dropped dramatically in recent years, according to Moneyfacts data.

Laura Suter, head of personal finance at AJ Bell said: ‘This marks the biggest outflows from Isas since they were launched in 1999.

‘Poor interest rates, the cost of living crunch and the dwindling appeal of cash Isas have all played into these outflows.’

However, despite the deteriorating rates, cash continues to be the most popular option for Britons with three in four adult Isa accounts being in cash rather than in stocks and shares, according to the latest HMRC figures.

What should cash Isa savers do?

One option for those with cash Isa accounts is to transfer them into a stocks and shares Isa.

If you wish to switch your current or previous year’s cash Isa to a stocks and shares Isa with a different provider you will have to arrange for a transfer rather than selling and reinvesting in order to retain the future tax benefits. 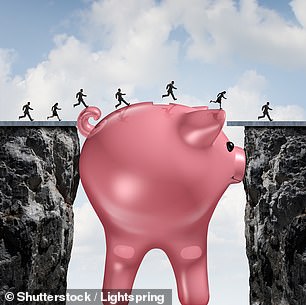 The average stocks & shares Isa fund returned 6.92 per cent over the past 12 months compared to 0.51 per cent for those using a cash Isa.

‘Whilst the tax free status might not look that valuable on cash savings, if you save money within an Isa you have the option of investing it in the stock market in later years and the tax benefits then become very valuable,’ adds Suter.

With inflation reaching a near 30-year high in January, many savers will be keen to avoid their cash being gradually eroded away.

The average stocks and shares Isa fund returned 6.92 per cent between February 2021 and February 2022, according to analysis by Moneyfacts.

Rachel Springall, finance expert at Moneyfacts, said: ‘Savers who prefer to invest in a cash Isa will be disappointed to see the average cash Isa rate over the past year is a record low.

‘Despite all of this, according to HMRC, most consumers invest in cash Isas, whereas stocks and shares Isas could perhaps be a more lucrative alternative.

‘As inflation continues to soar and the Bank of England raises interest rates, it will be interesting to see how savers will respond and where they place their cash.

‘It’s clear to see how cash Isas are being eroded by rising inflation, but consumers may not feel confident enough to invest in the stock market quite yet.’

Do savers even need a cash Isa?

In many cases savers may not be receiving any tax benefit from keeping their money in a cash Isa.

With rates currently so low many savers are unlikely to need the tax wrapper due to the protection already afforded to savers via the personal savings allowance. 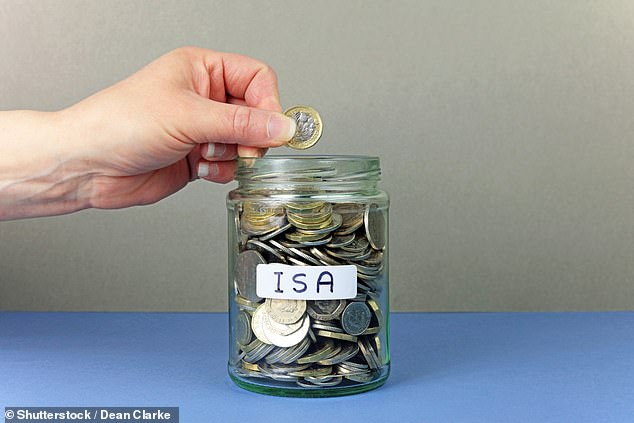 Are cash Isa’s dead? With rock bottom rates combined with soaring inflation and the personal savings allowance, many savers will receive little or no benefit from having a cash Isa.

According to analysis by the investment platform Hargreaves Lansdown, 95 per cent of people don’t pay tax on their savings.

Furthermore, the rates on offer across the standard fixed rate savings space are currently far superior to what you can achieve via a cash Isa deal.

For example, the best paying one year fixed rate deal pays 1.5 per cent compared to the best one year Isa fix paying 1.1 per cent.

This means a basic rate tax payer option for the best one year deal over the one year Isa deal would achieve a better return even when exceeding their £1,000 allowance.

Average easy-access Isa deals have not improved since December 2021 despite two base rate rises during that time.

The average easy-access Isa is stuck at 0.26 per cent, according to Moneyfacts, whilst the average notice ISA has stuck at 0.37 per cent.

For a higher rate taxpayer to breach their tax free allowance they would need to deposit more than £71,000 into Atom’s easy access deal.

A basic rate taxpayer would need twice as much to breach their savings allowance.

However, that’s not to say cash Isa deals won’t make sense for everyone.

Suter says: ‘Additional-rate taxpayers get no personal savings allowance, so they should consider using an Isa.

‘The same is true for those who think that they might tip over into the additional-rate threshold, either through a payrise or from a bonus.

‘For these savers, an Isa could save them a significant amount on their tax bill, as any savings interest will be taxed at their marginal rate of 45 per cent.

harrry
Previous article
Property start-up Boomin has 4 tricks to help buyers: Do they really work?
Next article
Will drivers get 6 points and £200 fines for touching phones in mounts?