Rishi Sunak has been urged to step up his efforts to persuade Arm to return to the stock market in London.

Earlier this week Nvidia abandoned its £50billion bid for the British chip group amid intense scrutiny from regulators around the globe which were investigating the deal over competition concerns.

The decision has sparked a fight between the London Stock Exchange and the Nasdaq in New York, both of which want Arm to float with them. 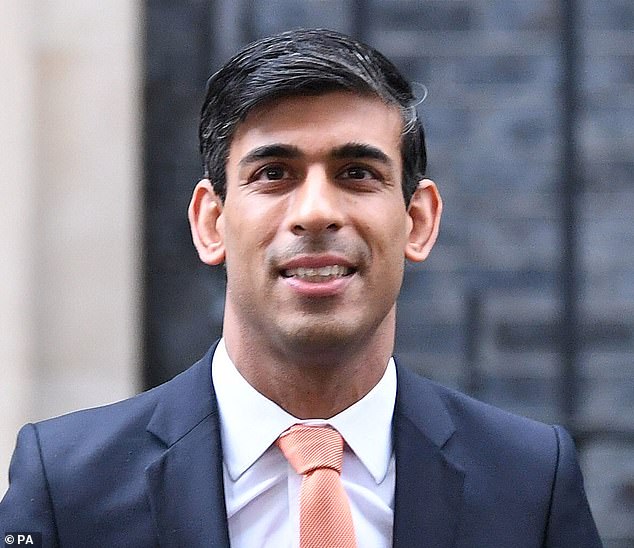 Decision: Rishi Sunak has been urged to step up his efforts to persuade Arm to return to the stock market in London

In a bitter blow for the City of London, the owner of Arm, Softbank’s Masayoshi Son, said he plans to float the Cambridge based firm on the technology-heavy Nasdaq.

But leading tech figures believe Son has not fully made up his mind and have urged the Chancellor to do everything in his power and to roll out the red carpet for Arm.

Co-founder Hermann Hauser told the Mail last night: ‘The UK is where Arm belongs. But the clock is running and Rishi must talk to Son and give him the reassurances that he wants. Rishi needs to corral fund managers in the City and show Son that there is the backing to make it happen.’

Former Tory leader Iain Duncan Smith said he wants to see Arm back in London and has urged the Government to crack on with reforms of the City to show the UK can compete with the US.

He said: ‘Arm wants to see that there is access to lots of cheap capital. At the moment this is easier for UK companies that head to the US. I call on Rishi Sunak to deregulate so that our best companies do not decamp to the US.’

But top fund managers believe there is plenty to attract Son to London, adding that Arm’s float would spark other tech start-ups like Klarna and Graphcore to follow.

Richard Buxton at Jupiter Asset Management said: ‘London has an emotional attachment to Arm as it was such an outstanding success when it was listed before.’

One idea being touted is for the Government to take a stake in Arm in order to reassure potential investors. But some brokers were sober about the prospects of Arm heading to London, stating that at best the UK was fighting for a secondary listing. One said: ‘The whole set-up is better in the US, Pressure: Chancellor Rishi Sunak including analyst coverage.