Cineworld boss insists: We are NOT in our own disaster movie

He’s sporting a grey shirt, grey framed glasses, grey hair, and sitting in front of a grey hotel-room curtain. It’s more of an arthouse cinema setting than the relentless technicolour blockbusters that his group needs after being battered by the pandemic.

Covid has not been kind to Cineworld, which was weighed down by big borrowings even before the pandemic and is now groaning under a colossal £6billion of debt. 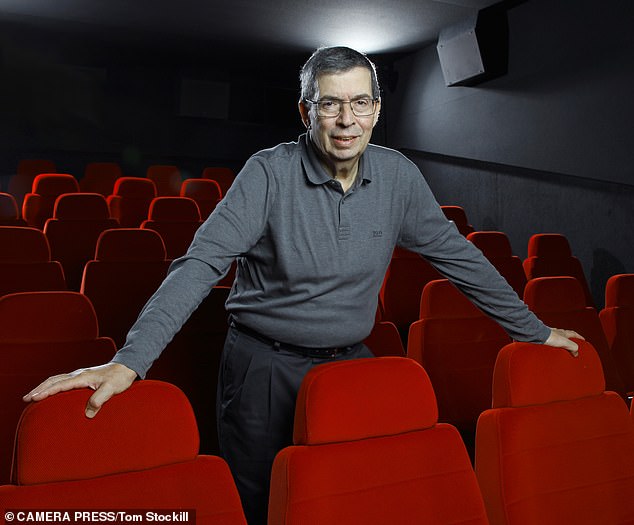 Greidinger, 69, also had to contend with an investor revolt last year over a bonus plan that could pay him and his brother up to £130million.

On top of that, he is embroiled in a major legal battle over an aborted takeover of Canada’s Cineplex and £722million it was ordered to pay in damages – an amount exceeding Cineworld’s entire current market value.

Then there is a row over delays to £170million due to former shareholders in Regal, a US chain Cineworld bought in 2017.

Despite all this, Greidinger exudes optimism. He would probably still be hoping for a happy ending until the very last credits of Titanic. ‘I don’t think we could have a much better menu [of films] than we do for 2022,’ he beams, brushing aside his problems to gush over Top Gun: Maverick, The Batman, Marvel films and Avatar 2.

But can he persuade film fans, who have become used to nestling on their sofas with Netflix, back into his cinemas? It’s a key question for a man with 9,500 screens across ten countries.

‘We’re not competing with home – we’re competing with outings, entertainment, restaurants, sport, parks. If we deliver the experience, the customers will come,’ he says.

Let’s hope so. Because at Cineworld, the world’s second-largest operator, the past two years have been more Risky Business than La La Land.

No question, Cineworld should benefit from the end of lockdowns. But, as one leading analyst notes, ‘whether the market will recognise this, given the mess the company finds itself in, is open to question’.

Greidinger, who also runs the Picturehouse chain, is undeterred. He predicts 2022 will see a return to the packed auditoriums last seen when pandemics happened in horror movies, not real life.

On the debt, he insists a more accurate figure – which excludes lease liabilities on its cinemas – is $4.6billion, up from $3.6billion: ‘We will be able to deal with [it] and take it down. We showed our management’s capabilities to reduce the debt [when we bought Cineworld and then Regus in the US]. And once the cinemas are back up and running, we will deal with this debt as well, and we will find the best solution.’

The new James Bond and Spiderman films, he points out, entered the top ten grossing movies of all time last year, despite Covid.

He said last May he would refuse to screen any films not first released into cinemas exclusively. 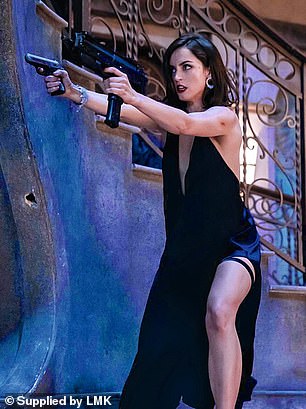 He now admits he’s eased up on that, and he even argues – counter-intuitively – that people signing up for streaming services was ‘a good thing for cinema’, because it increased their interest in films.

The traditional gap of 90 days before people can watch cinema releases on TV has shortened to 45, but Greidinger appears sanguine.

Does he have his own Netflix subscription? ‘Of course!’

Cineworld is undergoing a big makeover that he says will bring us rushing back into the plush armchair seats, clutching our buckets of popcorn.

A third of its 1,087 UK screens are adopting 4DX immersive cinema – where viewers can smell burning rubber during car chases and be sprayed with water – and Screen X, where the action appears 270 degrees around you.

‘I saw Bohemian Rhapsody, with the Wembley concert in the last scene, on Screen X. You feel like you’re in the stadium.’

It doesn’t come cheap – the sound system costs £100,000 per screen – which as he points out, not many people can afford at home.

He could. His family’s 20 per cent stake in Cineworld is worth some £120million, but his home in Haifa, Israel, is modest.

Greidinger’s grandfather, Moshe, started the company that’s now Cineworld after being sent from Romania to London on his own – aged just 16 – to expand the family egg business.

Moshe built a successful food business, then moved the family to Israel in 1929. When Al Jolson’s The Jazz Singer came out in 1927, they realised the potential of cinema.

As a teenager, Mooky worked as an usher before taking control and some serious empire building. In 1997, he took Cinema City, as it was then known, into central Europe. Then came the £503million takeover of London-listed Cineworld in 2014, and the £2.7billion acquisition of Regal in the US. Cineworld is still a family business in one sense: Mooky’s 59-year-old brother Israel Greidinger is deputy chief executive. ‘He is my best friend,’ he says.

One hot topic for their frequent houmous and pitta lunches is no doubt Cineworld’s legal battle with Canadian chain Cineplex.

The latter is suing after Greidinger’s group pulled out of a $2.3billion takeover. Cineworld is currently appealing a judgment in favour of Cineplex. All Greidinger will say is that he has no regrets and that he ‘strongly disagrees’ with the verdict.

It’ll be lucrative for Greidinger if this story does have a happy ending. A controversial bonus scheme could pay him and his brother up to £130million if shares hit £3.80, from £1.97 pre-pandemic. They are 36p today.

Greidinger isn’t contrite, saying investors would want to see management getting the rewards, ‘because it would mean shares would be worth eight or nine times more than today’.

Yet 30 per cent of investors voting at a special meeting last year rejected the package.

Will Greidinger give, say £1million of his potential £65million away to his cinema’s ushers? ‘I’m not working this way,’ he responds,

‘I’m [already] very seriously looking after the welfare of employees.’

Greidinger, a divorced father of three, with four grandchildren, lives for work.

For the last 70 years, we’ve had endless predictions of the end of the cinema age.

‘It happened when black and white TV arrived, when the video arrived, when DVD came. Most of these technologies that came to kill the cinema do not exist any more. And we still do.’