Winter woes for electric car owners: Colder temperatures can reduce the driving range of battery vehicles by more than a FIFTH

Colder temperatures can drastically reduce the range of an electric car, according to new research.

Battery models without a heat pump are significantly impacted by winter climates and in some cases cuts range by more than 20 per cent.

‘Winter range tests’ conducted by one consumer title found that an £84,000 Porsche Taycan 4S managed 224 miles on a full charge. That’s a 20.1 per cent drop on the 281 miles that the same model achieved when tested during the summer.

However, the study said the issue can be resolved with the addition of one component manufacturers are offering as an optional extra… a heat pump. 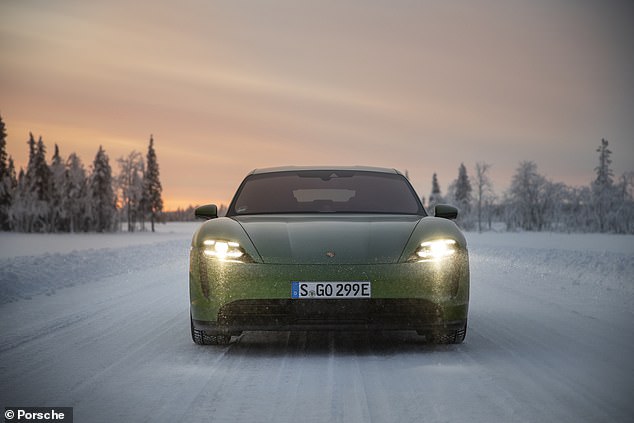 How much can colder conditions impact the battery range of electric cars? A new study has revealed all by comparing real-world measurements taken in the winter and the summer

Other models retested included the Ford Mustang Mach-E Extended Range RWD, which is priced from £47,580. Its range in the latter assessment fell by 18 per cent. 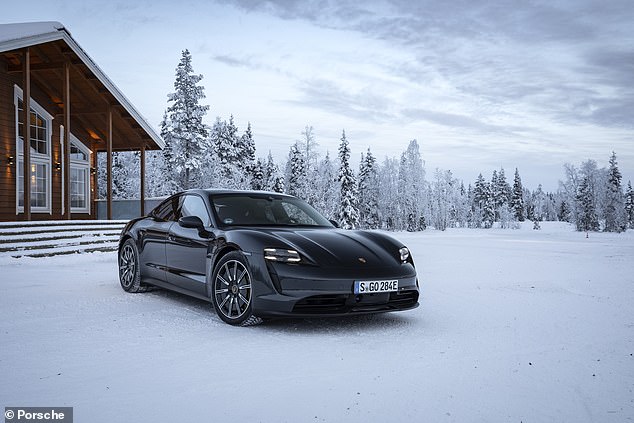 ‘Winter range tests’ conducted on an £84k Porsche Taycan 4S managed 224 miles on a full charge. That’s a 20.1% drop on the 281 miles that the same model achieved in the summer 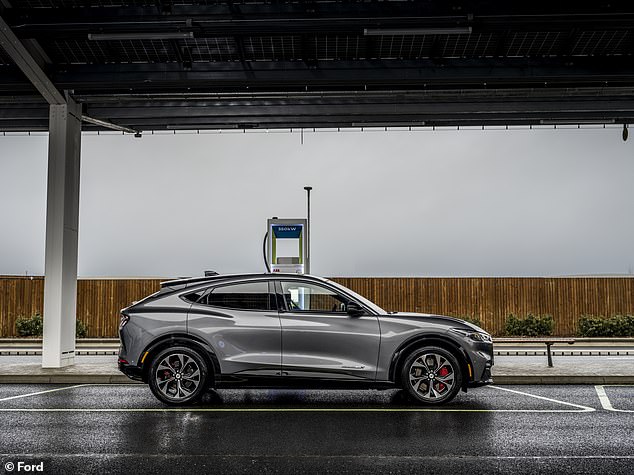 The Ford Mustang Mach-E Extended Range RWD, which is priced from £47,580 was also put through the comparative tests. Its range in the colder assessment fell by 18% 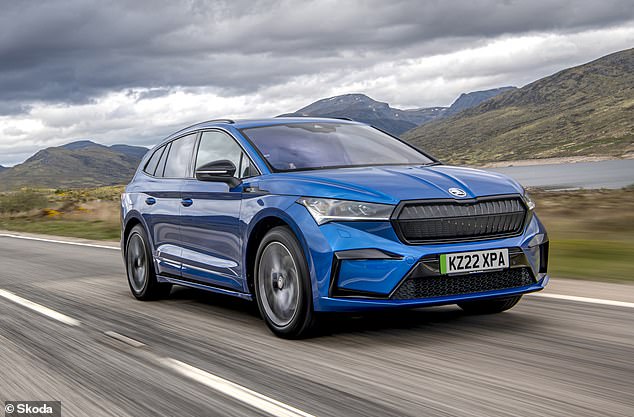 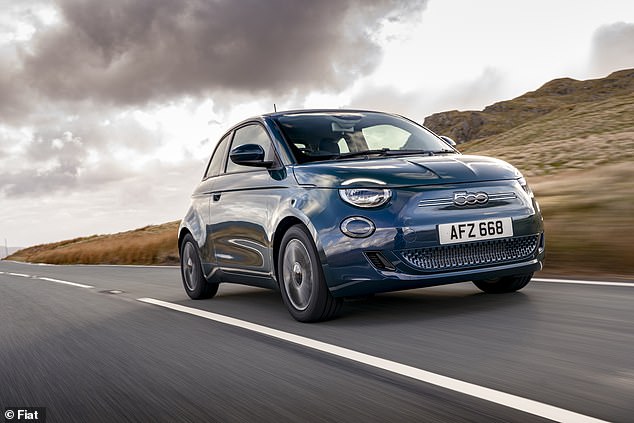 The Fiat 500 supermini – models fitted with the bigger 42kWh battery that cost from £28,835 – saw range decline by 15.2% when temperatures were much cooler

However, the study found that if you specify your electric car with a heat pump, you’re likely to get significantly closer to the official range.

A heat pump reduces strain on the battery by drawing excess heat from the electric drivetrain, distributing it around the interior of the car through the air conditioning.

This is highly recommended to EV customers in Britain who experience colder temperatures for longer periods throughout the year.

What Car? and Move Electric tested five models so equipped, with these falling short of their ‘official’ – or WLTP – mileage figures by an average of 25.4 per cent.

By comparison, five models that relied on a regular interior heater suffered an average deficit of 33.6 per cent.

The tests were conducted on a closed vehicle proving ground, on a 15-mile route consisting of 2.6 miles of simulated stop-start urban traffic, four miles of steady 50mph driving and eight miles driving at a constant speed of 70mph, to simulate motorway journeys.

Each of the 10 cars was fully charged and left outside for 15 hours, before being plugged in again to check the batteries were still at 100 per cent for the start of the test.

They then had their climate control systems set to 21 degrees and were driven until they ran flat, with driver swaps at the end of each lap, and the cars’ positions also changed to ensure no car was constantly punching a hole in the air for the others.

Commenting on the research findings, Steve Huntingford, editor of What Car?, said: ‘Range remains one of the key considerations for electric car buyers, but when deciding whether a particular model can go far enough on a charge to fit into your life, it’s important to bear in mind that batteries don’t work as well in cooler conditions.’

James Attwood, editor of Move Electric, added: ‘If you do plan to push the range of your electric car in winter, we’d definitely recommend choosing one with a heat pump fitted or ticking that box on the options list, because these can significantly improve an electric vehicle’s range in cold driving conditions.’