Conservative MP Liam Fox talks to ME & MY MONEY 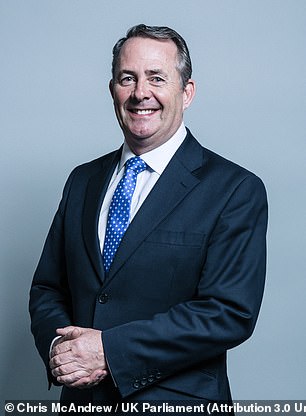 The best financial decision Liam Fox ever made was to get on the housing ladder in his late 20s.

The GP and Conservative MP for North Somerset – who was Defence Secretary under David Cameron and International Trade Secretary under Theresa May – told Donna Ferguson he thinks more affordable homes need to be built to help first-time buyers get on the property ladder.

His latest crusade is to enshrine in law what services authorities in England must provide to people with Down Syndrome in terms of healthcare, education and housing.

To live within your means. When I was growing up, my parents didn’t have much money. My father was a modern languages teacher while my mum didn’t work, so there was only one wage coming in. They were careful – but we were comfortable enough. I never wanted for anything, but I do remember in the late 1970s the price of oil going up dramatically and my parents having to turn off the heating as a result. That was the first time it dawned on me that my parents didn’t automatically have all the money they needed.

The only time I did was after I bought my first property in 1988, a two-bedroom flat near Beaconsfield, Buckinghamshire. The interest rate on my mortgage was 11.5 per cent – a year later it was 14.8 per cent. I was a young doctor in my 20s living on my own and nearly all my salary was going on my mortgage. That was the first time in my adult life I worried about having enough money.

People are only now waking up to how inflation can hit you financially. I think there’s financial pain ahead for a lot of people.

I was lucky because I could pay my bills and I knew my salary would keep going up as would the value of my home. But I remember watching my money eaten away by rising mortgage costs.

Did you feel you were reasonably paid as a Minister?

In terms of the responsibility you have, and when you compare it to what people earn elsewhere, the pay is not huge. There’s something like 7,000 administrators in the NHS who earn more than the Prime Minister.

It was a Ralph Lauren wool coat. I tend not to buy expensive items, but I was in New York and it was cold. It cost me a few hundred dollars. When I came back to the UK the coat made me feel like a 1920s’ gangster. So I’ve not worn it here, it’s in a cupboard.

Yes, one of the values my parents instilled in me is to put money aside.

I decided the best way to do that was through property and a pension – I felt that they would guarantee financial security later on. So I enrolled into a pension the day I began working for the NHS in 1983.

And I have carried on saving into a pension during my 30 years as an MP. Outside of a pension, I’ve never had any spare money to invest. I prefer to put it into improving my home or having a holiday.

Yes. My wife and I own a five-bedroom house in Somerset, out in the countryside. We bought it in 2006. I can’t remember what we paid, but I would imagine it’s gone up in value since we bought it.

I also own a two-bed flat near Tower Bridge in London which I once lived in, but now rent out.

It’s a choice between whisky, Panamanian rum or Dominican rum. I’ll buy a bottle once a quarter for up to £70.

If you were Chancellor, what is the first thing you’d do?

I would have officials look at transaction taxes such as capital gains tax and stamp duty – and see whether it makes sense to keep them at the same level all the way throughout an economic cycle. In other words, when the economy is overheating, you raise them, and when the economy needs stimulating, you cut them.

Yes, the two that stand out are Alzheimer’s Society, because my father suffers from early Alzheimer’s, and WaterAid. I’m writing a book about water scarcity and planning to give WaterAid a share of the profits. I think if you’ve got a right to anything in this world, it should be to clean water.

The fact that thousands of children in the world die every year from waterborne diseases and diarrheal illnesses is a scandal.

Are you in favour of increasing foreign aid?

It’s not how much you give, but how it’s spent. We don’t set strings on our aid, but I think that if you asked taxpayers, most would insist that it should be used to give people access to clean water.

To have financial security. My wife, a lung cancer doctor who works for a big charity, and I have never had any desire to be rich, just to be comfortable.