When stock markets are volatile, the case for alternative investments – from wine to vintage vinyl – grows stronger.

Toby Walne speaks to the experts to assess the relative merits of such purchases.

The wines and champagnes rising up to 150% a year

Investing in fine wine has never been so popular. Justin Gibbs, co-founder of fine wine trading platform Liv-ex, says: ‘There is more interest in investing in fine wine today than ten years ago as a result of international demand, especially in South-East Asia, as well as the internet making trading easier. There is no sign of this demand slowing down.’ 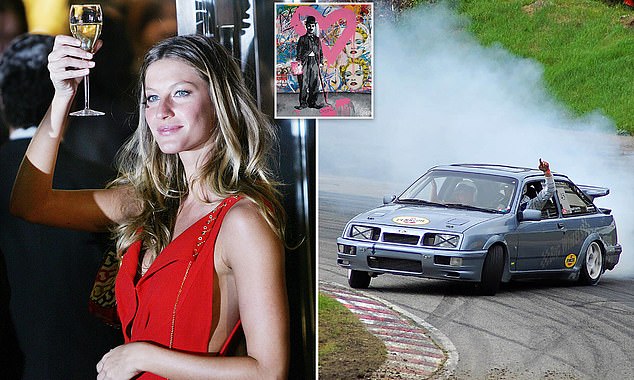 The Liv-ex Fine Wine 100 Index, which tracks the price of the 100 most sought-after wines, rose 25 per cent last year. Gibbs says it has been the so-called first growths of the Bordeaux region that have proved popular. But he says there are other investment opportunities – such as top quality champagne and some of the best Italian and Californian wines – which are also worth looking at now.

For instance, a 2005 bottle of Taittinger Comtes de Comtes Rose Champagne was changing hands at £110 this time last year. It is now worth £275. That is a 150 per cent rise, but it may have further to go, given that a 2013 Louis Roederer Cristal Rose fetches £373.

Wine bought as an investment should not be stored at the back of the drinks cabinet, but in a special ‘bonded’ warehouse, where you might pay £20 per case a year for storage. While bonded there is no VAT or duty to pay.

You can find out how investment-quality wines performed in recent years on websites such as liv-ex.com and bordeauxindex.com.

When buying, use a professional wine merchant, such as Berry Bros & Rudd, Farr Vintners, Justerini & Brooks or Alex Marton Fine Wines. They also help with storage and selling. Publications such as The Wine Advocate offer lots of useful information about the state of the fine wine market.

The art that might be right up your street

Time was when art was something to be hung up in homes – not graffiti daubed on the side of a wall by a street artist. But ‘street art’ is very much in vogue.

In October last year, a shredded picture called ‘Love is in the Bin’ by street artist Banksy sold for a record £18.6million – more than three times its guide price. It had been sold for £1million in 2018, only for a hidden shredding machine to rip through it.

The Knight Frank Luxury Investment Index, which tracks the price of ten alternative asset classes, saw an overall fall in the price of collectable art of 2 per cent between 2021 and 2022. But Andrew Shirley, compiler of the index, says prices are rebounding, with graffiti-style street art a potential future winner. He says: ‘Street art is now hugely collectable and it’s not all about Banksy. Other artists making a name for themselves include a protege of Banksy, who calls himself Mr Brainwash, but whose real name is Thierry Guetta.’

A Mr Brainwash Charlie Chaplin piece sold for $100,000 (£75,000) at auction 12 years ago. But experts say if it was sold today it might fetch more than twice that. Other highly regarded street artists include Brazilian twins Os Gemeos and Argentinian artist BNS.

Shirley admits the jury is still out on the investment potential of digital art, often sold in bits known as non-fungible tokens or NFTs – effectively receipts of ownership.

A good place to get started in affordable street art is Forum Auctions in London. To research artists you might consider investing in before they make it big, try the urbanartassociation.com website.

The classic cars set to race ahead

Classic cars used to be vehicles from a bygone era, but nowadays relatively modern motors are being included in this genre – so now might be a good time to invest.

The Historic Automobile Group International (HAGI) Top Index of 50 of the most sought-after classics, such as Ferraris and Lamborghinis, rose 6 per cent last year. But the price of some less prestigious marques has risen faster.

For example, a late 1980s Ford Sierra RS Cosworth was originally a boy-racer’s dream at £19,950 new. Nowadays the hundred or so top condition survivors change hands for up to £100,000. This is because only 1,600 were sold in the UK and far too many were written off after an ill-timed handbrake turn or chase ended in a ditch. This scarcity value means the price might also rise at 6 per cent a year.

The Ford Capri is another modern classic. A 1986 model with a 2.8 litre injection engine that cost £14,000 new now fetches £25,000 in top condition, making for an affordable investment with room to grow.

Keith Adams, editor of car buyers’ bible Parkers, says: ‘Hot hatchbacks are particularly popular, such as a 1980s Peugeot 205 GTI that can sell for £20,000.’ The values of well looked after examples of this nifty little investment have continued to steadily rise since it was first manufactured in 1984 – when a new car sold for £6,245.

Cars such as British Leyland’s Morris Marina were the butt of jokes about reliability in the 1970s. But fewer than 370 survive, pushing up prices to £6,500. When they first rolled off the production line in 1971 they could be picked up for £923. And there are fewer than 300 Austin Allegros on the road, so a pristine low-mileage model can fetch £10,000. Soon after their launch in 1973 you would have paid £1,159 for one.

If you are interested in a particular car an enthusiasts’ club can help. Details of more than a hundred groups are listed on website classicandsportscar.com. Or try the Practical Classics magazine.

A renaissance in vinyl is pushing up prices as a new generation of music lovers appreciate the superior sound over streamed music or compact discs.

Over the past decade the cost of new vinyl on eBay has been rising 19 per cent a year on average, and experts believe there is no reason this will slow. They point to the fact that vinyl now accounts for nearly a quarter of all album sales – levels not seen for more than three decades – as five million vinyl records were sold in the UK last year.

As this market matures, now might be a good time to buy. Many fans stream music before buying their favourite sounds on vinyl. Records also have more tactile and visual appeal than CDs.

The website Discogs gives details of all record pressings by bands, their price and where they can be bought. Among the most valuable vinyl sold is a copy of the Beatles’ White Album, on sale for £3 13s in 1968. A copy once owned by drummer Ringo Starr sold for £580,000 in 2015 – ten times the estimate.

A spokesman says: ‘It is not just early vinyl pressings of the most popular bands that are highly sought – but rarities such as unusual record labels, colour variations and odd album covers.’

Discogs provides up-to-date information on vinyl prices and details of traders, but you might check out the monthly Record Collector magazine, which also publishes an annual Rare Record Price Guide, including details of more than 100,000 collectable records. The secret to investing is to find a niche you are interested in, on the grounds that others will be too.

Enthusiasts are waking up to the investment appeal of old computer games and consoles, recognising the historic value of items from a time when gaming first became popular. 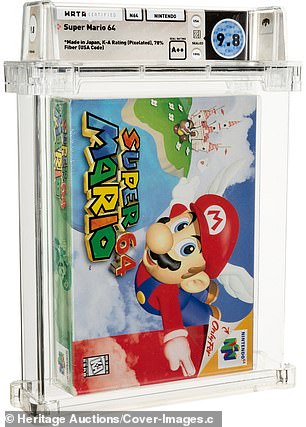 Historic value: Enthusiasts are waking up to the investment appeal of old computer games

Jonathon Hendricks, owner of computer game value tracker PriceCharting, says: ‘Retro games continue to be a great investment – and 2022 could be an exciting year. A couple of years ago the average collectable game rose in price by a quarter. Last year it was almost a third.’

Other games that have been soaring in value include a rare shoot ’em up challenge called Air Raid for the Atari console, and early Tetris games for Sega consoles, both now selling for five-figure sums, having originally gone on sale for just a few pounds. Even video game flops can be valuable, as few survive. For example, Nintendo’s maths homework puzzle Donkey Kong Jr Maths proved to be a donkey on release in 1983 at £3.49 – but may now sell for £300.

Consoles still in packaging can sell for far more than their original price. A 1990s Sega Mega Drive can fetch £600 – more than three times its initial retail price of £190.

PriceCharting offers the latest prices on games and consoles, while websites such as CeX and eBay let you study the market as well as buy and sell old games.

harrry
Previous article
Megan Thee Stallion Chills Beach Side in Green Animal Print Bikini From Her Collection With Fashion Nova
Next article
Beyoncé and Jay-Z Co-Star in a Tiffany & Co. Campaign With a Mysterious Basquiat Painting