Cryptocurrency under greater scrutiny in the face of Ukraine war

Cryptocurrencies are facing mounting scrutiny from global financial regulators, over concerns digital assets could be used to evade Western sanctions on Russia.

Unlike mainstream payment companies, most crypto exchanges have rejected calls to cut off all Russian users, including Binance and Kraken, raising concerns that crypto could be used as a way to circumvent sanctions.

However, the founder of cryptocurrency exchange FTX which was recently valued at $32 billion, has slammed peers for reacting in such a way warning it could have negative repercussions for the sector. 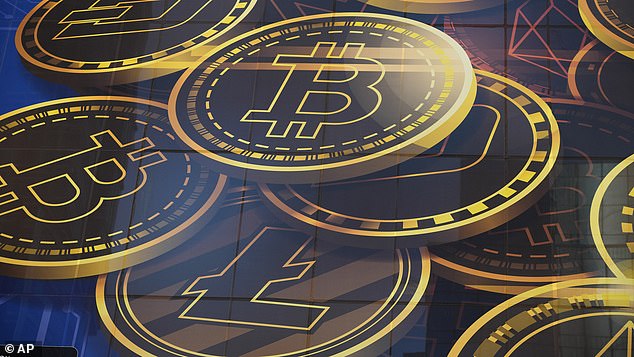 Cryptocurrency is facing mounting scrutiny from global financial regulators, over concerns digital assets could be used to evade Western sanctions on Russia in the midst of its attack on Ukraine

Thirty-year-old crypto billionaire Sam Bankman-Fried said: ‘I’m very frustrated with the messaging that our industry has had on this.

Bahamas-based FTX immediately cut off support to all sanctioned parties and severed access to all Russian banks, even those that are not sanctioned, so the exchange could not be used as a gateway between Russia and the rest of the world.

FTX still allows non-sanctioned Russian users to trade, with anti-money laundering checks, and is in communication with the US Treasury about what it is doing in Russia.

In America, Democratic US senators introduced a bill last Thursday that would enable the government to sanction foreign cryptocurrency firms doing business with sanctioned Russian entities and prevent them from transacting with US customers.

Meanwhile, the European Union issued guidance on 9 March to confirm that sanctions on loans and credit to Russia include cryptoassets, in a bid to close potential sanctions loopholes.

‘We think that these steps will actively support the government’s response to Russia’s invasion of Ukraine,’ Glen said.

Meanwhile Patrick Armstrong, a member of the Financial Stability Board’s (FSB) secretariat, said at the same conference: ‘We at the FSB are monitoring the situation, the conflict situation relative to cryptos.’ 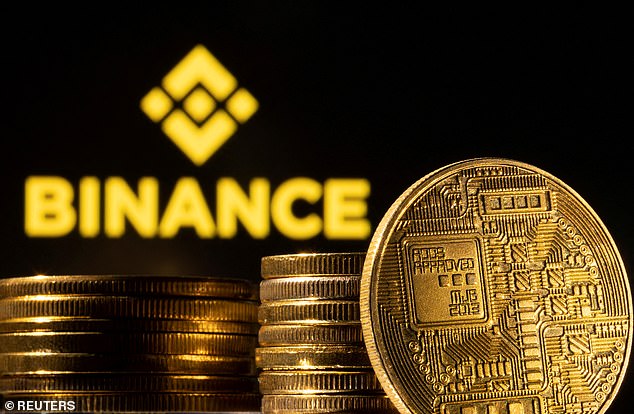 The FSB, which groups financial regulators, central banks and finance ministry officials from the Group of 20 economies, is sharing the information it obtains among its members, Armstrong said.

But David Raw, a policy official at Britain’s Financial Conduct Authority, said 90 per cent of crypto firms seeking approval for anti-money laundering controls have either withdrawn their applications or been refused because they could not meet the standards.

All companies carrying out crypto-related activity in the UK face an end of March deadline for obtaining approvals and Raw sought to reassure those still stuck in the authorisation queue.

‘It won’t be the case that you suddenly have to cease trading,’ Raw said.

Britain is also cracking down on crypto promotions and Glen said the UK government is still considering whether other rules are needed for blockchain, which underpins crypto assets.

‘We are not finished in relation to crypto,’ Raw said.

However, established institutions are slowly coming around to the idea of teaming up with newcomers in crypto tech.

Securities settlement house Euroclear is the latest firm to have joined a consortium of banks building a payment system for tokenised assets.

Belgium-headquartered Euroclear said it had bought a small stake in the three-year old consortium Fnality as it moves deeper into distributed ledger technology (DLT) or blockchain, the technology which underpins cryptoassets like bitcoin.

Euroclear which settles stock and bond trades, the final leg of a transaction where cash is swapped for legal ownership of an asset, said the aim was to settle tokenised assets, or digital securities, against digital cash on DLT in a faster and more efficient way.

Fnality aims to replace some of the cumbersome processes and paperwork involved in transferring value between financial organisations by using digital versions of currencies.

The Bank of England gave the green light last year to a new type of account at the central bank to cater for a wider range of anticipated payments systems, including those based on blockchain.

harrry
Previous article
Tullow Oil invests more than £89m in Ghana fields
Next article
Should we consider using a ‘quick sale’ company to sell our home?