Defence groups including BAE Systems, Babcock International and Qinetiq have seen their value rise by almost £5billion since the Ukraine crisis began.

Shares in six London-listed companies have surged by as much as 24 per cent after Russia mounted a full-scale war.

Bosses, investors and analysts all believe the conflict will turbocharge spending among European Nato members. 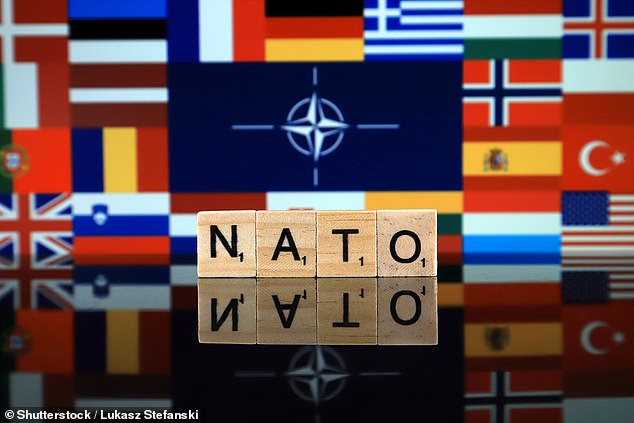 Crisis: Bosses, investors and analysts all believe the conflict will turbocharge spending among European Nato members

BAE Systems shares have risen by 23 per cent since February 18 – the last trading day before Russia recognised the separatist regions of Luhansk and Donetsk.

This has added £4.2billion to its value, taking the UK’s largest defence contractor to £23billion.

Smaller groups Avon Protection – which supplies military body armour to the US – and AIM-listed Cohort have risen by 17 per cent and 11 per cent respectively.

The rally gained momentum when Germany committed to a huge increase in military spending on February 28, vowing to invest £84billion in its military this year and to lift annual defence spending to above 2 per cent of GDP – the Nato guideline.

The UK spends more than 2 per cent on defence. But as many British firms work on European projects they would benefit from wider spending.

Jefferies analysts said: ‘We think Germany’s policy shift could trigger a host of incremental national defence spending.’ Jefferies added that if all countries began allocating at least 2 per cent of their GDP defence it could add up to another £61billion in spending.

JP Morgan analyst David Perry said Russia’s invasion has ‘fundamentally changed the landscape for the European defence sector’. However, companies could still face a challenge in attracting investors. Major institutions – such as the Church of England’s investment funds – have refused to put money into weapons makers.

But this could now change. And Downing Street is now understood to be plotting a charm offensive to convince ethical investors to start backing defence companies – though it is not clear how this will play out. BAE Systems’ shares hit an all-time high of 754p last Tuesday, but closed last Friday at 733p.