Takeaway delivery specialist Deliveroo has posted a £298million pre-tax loss for the year after pumping more cash into its rapid growth plans.

This compares with a £213million loss in 2020, but the London-headquartered firm stressed that it has a long-term plan for profitability.

It told investors on Thursday that it’s aiming to reach breakeven in core earnings in the next two years. 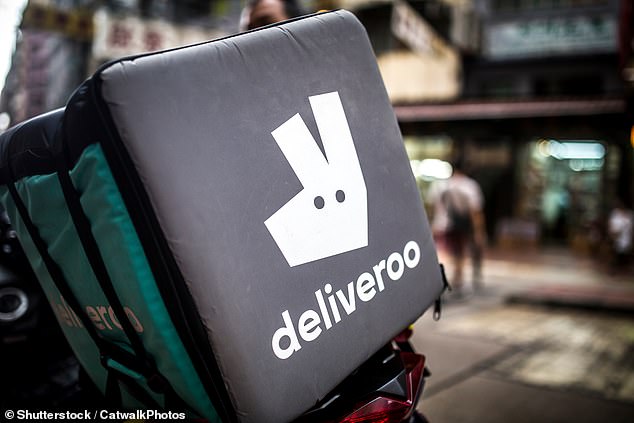 Deliveroo, which was set up in 2013 by founder Will Shu and had a disasterous stock market float last March, has never made a profit.

But revenues last year – which mostly consist of fees paid by restaurants and customers – rose 57 per cent to £1.8billion.

The group said it benefited from further strength in its UK business, where orders increased by 72 per cent.

Touching on its heavy losses for the past year, the firm said they were driven by significant investment in marketing and technology improvements as it sought to keep momentum after being boosted by pandemic restrictions.

Deliveroo reported a 67 per cent jump in transaction value to £6.6billion in 2021, driven by a 73 per cent increase in order numbers.

Other highlights included the addition of around 19,000 more restaurant sites to its UK platform, while it was also boosted by its growing grocery operation, which expanded by more than two-thirds to almost 6,000 sites. 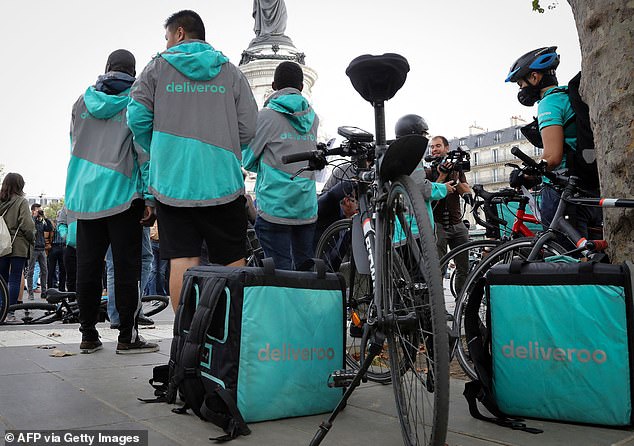 Deliveroo reported a 67% jump in transaction value to £6.6 billion in 2021, driven by a 73% increase in order numbers

Nevertheless, the firm predicted a slowdown in gross transaction value over the current year, with a rise of between 15 and 25 per cent across its platform.

It will also face headwinds in the current year from inflation, the loss of economic stimulus, and geopolitical and economic impacts from the conflict in Ukraine.

He added: ‘We have continued to make good progress in executing our strategy and I am proud of our performance in 2021.

‘Particularly encouraging to me was our performance in the UK and Ireland, where we continued to grow our market share and achieved profitability on an adjusted earnings basis in a competitive environment – highlighting the strength of our consumer value proposition.’

Despite Shu’s optimism, Freetrade senior analyst Dan Lane told MoneyMail that the ‘reality is profitability is still probably a long way off’ for Deliveroo.

He added: ‘On the surface transaction values and market share look promising but growth has come at quite a significant cost.

‘Losses are mounting and shareholders eager to see progress won’t like just how much the marketing spend has punished profits.

‘A bigger worry is how much of that marketing will bring in loyal customers even after Covid. That’s something Deliveroo is conscious of too, as well as inflation hitting consumer spending.

‘Marketing spend will have to stay high to fend off the competition as well as the new crop of last-mile delivery services who could steal a bite of Deliveroo’s lunch. And passing any eventual cost onto the consumer risks alienating even the most avid delivery fan.’

‘Prices and auxiliary fees mean the service isn’t a cheap option in many cases. If courts decide riders are employees at some stage over the next few years, Deliveroo will have to stump up employment costs from somewhere. That could push those elusive profits out even further.’

After nine years, Deliveroo currently works with around 160,000 restaurants and grocery partner sites, as well as over 180,000 riders.

harrry
Previous articleTrainline ticket sales better than expected at £2.5bn
Next articleWhat does the base rate rise to 0.75% mean for you?