Does disengaging with Russia threaten a Lehman moment?


The speed with which western corporations are disengaging with Russia is unprecedented.

BP and Shell have gone – and Centrica, Jaguar Land Rover and US entertainment giants Disney and Warner, among others, are on the way out.

As a result of financial sanctions and moves against the Swift payments and messaging system, cash connections between Moscow and the West already have been severed.

The resort to bitcoin, as a substitute for regulated currencies, is a sign of desperation. Collapsing a £1.3billion economy, the 11th largest in the world, is never going to be a painless exercise and there are going to be shocks to come. 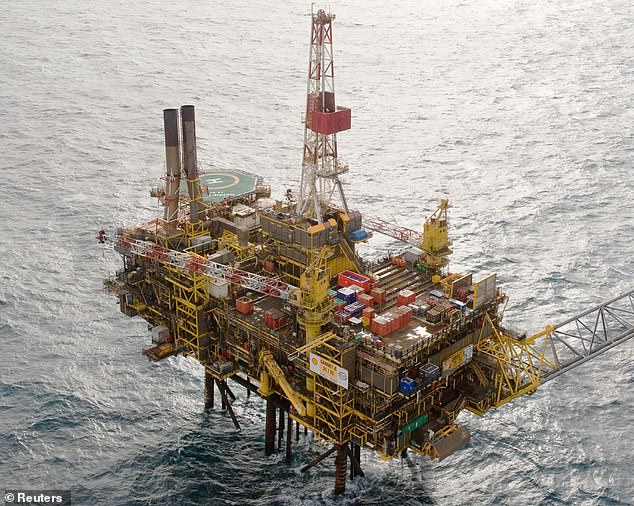 BP and Shell have cut ties with Russian firms and Centrica, Jaguar Land Rover and US entertainment giants Disney and Warner, among others, are on the way out

The Swiss firm which built the mothballed £8billion Nord Steam 2 gas pipeline, with finance from Shell and others, is reported to be close to filing for insolvency.

There has been a bit of self-congratulation that the exposure of Western banks to Russia is limited.

Among the most exposed European banks is Austria’s Raiffeisen. Economic historians might recall that among the much-quoted triggers for the Great Depression was the collapse of Austria’s Creditanstalt in 1931.

No one is suggesting that is going to happen again but, as we learnt from the failure of Lehman Brothers in 2008, it only takes the fall of one financial institution to set off a chain reaction.

The war against Ukraine comes at a delicate moment for global capitalism. The scars of Covid are far from healed.

European economies are only just starting to bounce, central banks are stepping up the fight against inflation and the debt levels of several G7 economies, including that of the UK, already are in a ‘wartime’ danger zone.

As worrying, the exposure of the West’s financial sector to emerging market and developing country debt is at record levels.

The banking sector is much better shape than before the financial crisis and has managed its way through a series of difficulties including the collapses of Greensill, hedge fund Archegos and defaults at Chinese property giant Evergrande without systemic disruption.

But in a financial world where non-bank operators such as hedge funds and private equity are scale players it is quite difficult to know where the risk lies.

What we do know is that when the trades of Long-Term Capital Management, some of them in Russia, went wrong in 1998 it all but forced Barclays out of investment banking and required a G7 rescue to prevent contagion.

We shouldn’t underestimate how perilous the assault on Ukraine could be for free markets.

Turning around the tanker that is UK fund manager Abrdn, after several years of outflows, was always going to be a big ask.

New-ish chief executive Stephen Bird is heading in the right direction with outflows limited to £6.2billion over the full year with the direction reversed in the final quarter.

Bird more or less has sorted out the complex relationship with legacy insurer Phoenix, which controls the Standard Life brand. It sells the new policies and Abrdn manages the assets.

He also has seized the opportunity to build a strong position in the retail platform-broking space with the near-completed purchase of Interactive Investor. The war on Ukraine poses new challenges.

Aside from the uncertainty, which may discourage riskier investments, Abrdn has £2billion of exposures to Russia to offload at a moment when there is an avalanche of disinvestment.

It also faces some ‘dynamic’ environmental, social and government (ESG) decisions as the world is turned on is head.

Defence industries, regarded with abhorrence by the politically correct anti-war brigades, suddenly become the beacons of freedom for Western values.

It’s tough being an ESG champion.

Gordon Brown’s defence of Britain’s burgeoning poor in a Guardian opinion article is noble, even if the timing is a little jarring as Europe faces its greatest refugee crisis since the Second World War.

With the cost-of-living surging, the former Prime Minister agrees with this paper that the Chancellor should spike the ‘madness’ of a 1.25-percentage-point rise in national insurance (on employees and employers) due to be implemented in April.

Can this be the same Gordon Brown who, as Chancellor in 2002, set a precedent for a surcharge on national insurance contributions when he bumped them up by 1pc to save the NHS?