It is mortar boards at dawn, with a Dragons’ Den success story in one corner, and in the other, a venerable London tailor that has made gowns for kings and queens.

The firm backed by the BBC show has been accused of misleading university graduates by making ‘fraudulent’ claims about their eco-friendly gowns.

Claims of ‘illegal conduct’ have been made in the bitter legal battle between Churchill Gowns and Ede & Ravenscroft. 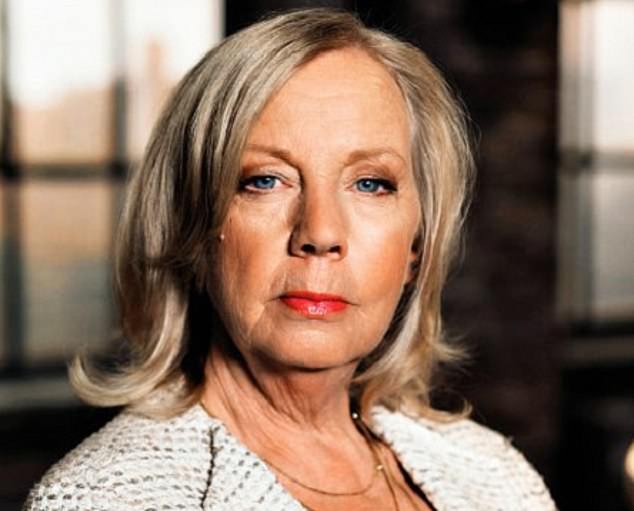 Backing: Dragons’ Den’s Deborah Meaden (pictured) made a £60,000 investment in Churchill Gowns which was founded by Ruth Nicholls and Oliver Adkins

The rival robe makers are at loggerheads in a dispute in which Churchill – founded by Ruth Nicholls and Oliver Adkins – has accused its long-established competitor of abusing its powerful market position.

Ede & Ravenscroft has hit back, alleging Churchill made misleading claims that its garments are made from recycled plastic bottles when they are not. Tests on the robes did not find a ‘single fibre’ from plastic bottles in the fabric, it said.

In recently submitted court documents, Ede & Ravenscroft’s lawyers said Churchill’s representations ‘were not merely false but made fraudulently or at least with criminal negligence’. 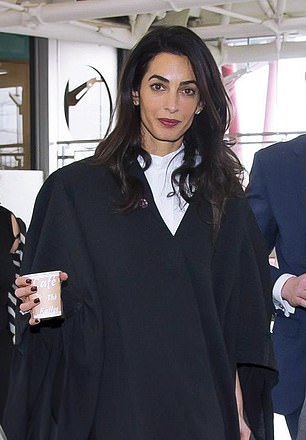 Ede & Ravenscroft told a tribunal it does not accept Churchill’s gowns were ‘made from recycled plastic at all’.

It added that Churchill – which benefitted from a £60,000 investment from Deborah Meaden on Dragons’ Den three years ago – made ‘prominent claims’ about their products that are ‘completely unsupported and wrong’.

The dispute concerns claims that Ede & Ravenscroft abused its dominant position to try to drive Churchill – whose gowns are significantly cheaper – out of the market.

Churchill claims students can hire or purchase graduation attire through its company for £34, whereas the average price to rent an Ede & Ravenscroft gown is £45.

Established in 1689 in London’s Aldwych, Ede & Ravenscroft is thought to be the oldest firm of tailors in the world.

Monarchs have worn its garments at 12 coronations and it supplies gowns for the church, academics, judges and barristers.

Amal Clooney, the human rights lawyer and wife of actor George, once told reporters that she was not decked out in designer clothes, saying: ‘I’m wearing Ede & Ravenscroft’.

Churchill Gowns was set up in 2017 by Cambridge University graduates Nicholls and Adkins with the idea of selling cheaper, more environmentally friendly robes.

During the Dragons’ Den pitch, which featured a pyramid of plastic bottles as props, Nicholls said: ‘Each gown that we manufacture saves the equivalent of these 28 plastic bottles ending up in landfill, or polluting the ocean.’

Marketing material on Churchill Gowns’ website has been modified to scale back on the environmental claims it had made. An animated video has also been removed that displayed a turtle with a plastic bottle stuck on its head.