Dreaming of early retirement? Your income could take a drastic hit


People determined to retire early have to accept a significantly lower income or risk their pension pot running dry, a new study warns.

The severe toll that retiring five or 10 years sooner can take on typical pension funds is analysed by financial services firm AJ Bell below.

By contrast, anyone choosing to wait usually benefits from more investment growth, so they can afford bigger withdrawals and their savings are likely to last longer. 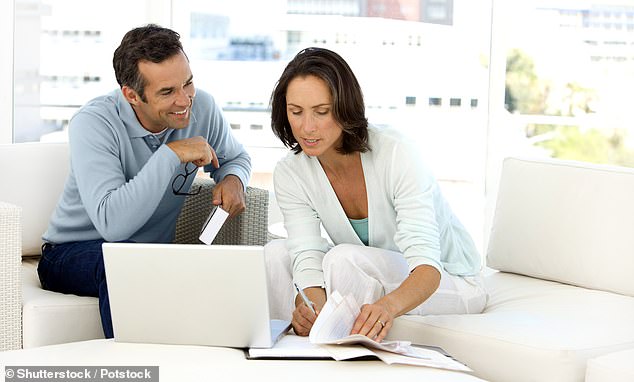 Early retirement: The state pension age and the minimum age you can tap a private pension are both due to rise this decade – scroll down for details

In recent years, a movement called ‘Financial Independence, Retire Early’ has seen people pursue this goal via a combination of scrimping on current spending, maximising their income and aggressive investing.

Opinion is divided on how successful this approach is unless you are a relatively high earner, and willing to make significant financial sacrifices while still young.

>>>How do you bridge the savings gap if you decide to retire early? Find out below

What is the potential hit to your retirement income?

The average pension pot in the UK is £91,000, and someone who wants to retire at 55 rather than 65 could have to take a sizeable cut in income to make it last until the age of 90, explains AJ Bell.

If you were more ambitious in how much income you took, and decided to withdraw £10,000 a year from age 55, your pot would run out at age 67, at around the point when your state pension kicked in.

If you are successful at investing your pension in retirement, you could do better than in the examples given above.

However, all pension investors need to stay alert for any financial market upsets, in case there is suddenly a need to adjust or even halt withdrawals or lean on other savings for a time.

This is to avoid a nasty trap known as ‘pound cost ravaging’ which can do severe damage to pension investments, especially in the early years of retirement.

It means that when markets fall you suffer the triple whammy of falling capital value of the fund, further depletion due to the income you are taking out, and a drop in future income.

When will you retire?

The rising state pension age has prompted more people to work for longer, often out of financial necessity.

At present, men and women start drawing the state pension at 66, and this is worth £9,300 a year if you qualify for the full amount.

The minimum age to tap private pensions will rise from 55 to 57 in 2028, to keep it tandem with the state pension.

People with final salary pensions who want to retire early also face reductions to their income, which depend on their scheme’s rules.

But they don’t have to contend with investing risk because their payments are guaranteed until they die, and after that made at a reduced level to a surviving spouse if they have one.

Laura Suter, head of personal finance at AJ Bell, says: ‘Retiring early is the dream for many people, but anyone thinking about throwing in the towel at 55 needs to properly consider the impact it’s going to have on their pension and on the lifestyle they can afford during retirement before they hand in their notice.

‘Retiring even five years earlier can have a dramatic impact on how long your pension pot lasts, meaning that you’ll either need to find money from elsewhere to fund the rest of your retirement or significantly change the amount of money you take from your pension each year.

‘For many the appeal of retiring earlier is that you’re younger and therefore able to enjoy doing more, such as travelling, socialising or hobbies.

‘However, these come with a price tag and you could find that funding a more active life coupled with retiring early means you leave yourself with very little to live on when you’re older.

‘That’s not to say it can’t be done, but people need to either plan ahead and funnel more into their pension or be realistic about how much income they can take from the pot each year.’

>>>How to invest your pension and live off it in retirement: Read This is Money’s 12-step starters’ guide here.

How do you plug a retirement savings gap?

This is Money looked at how savers could bridge the gap if they want to retire early or need cash here.

1. Check your mortgages or loans

If you have any that need to be repaid using your tax-free lump sum when you are 55, you should start talking to your lenders as soon as possible, says Carla Morris, wealth director at Brewin Dolphin.

‘Discuss all the options available to you including the options to extend the term of the mortgage or loan. It is important that you are aware of what repayments may need to be made.’

2. Make other arrangements to cover university or school fees

‘People who are turning 55 when their children go to university may well have been thinking about using their tax-free cash to pay fees, or even to help pay school fees,’ says Morris.

‘If you are in this position, do make sure you make additional savings contributions to cover the costs. The earlier you start saving the better and using tax efficient investments such as Isas will ensure returns aren’t taxed.’

Find out if your pension fund will be derisked or ‘lifestyled’, suggests Morris.

‘Some pension providers offer lifestyle funds which move the pension from higher to lower risk over the years, especially as you move towards retirement age.

‘If the provider has set a retirement age of 55, they may start changing the composition of the pension fund too early and you could lose out on some investment gains.’

Read a This is Money guide to derisking a pension, including whether to avoid this or call a halt if it doesn’t suit your plan to stay invested in retirement.

Build up your Isas

Having savings outside of a pension wrapper gives you complete choice, says Ian Browne, pension expert at Quilter.

‘It is illusory for most people to expect to be able to retire in their 50s unless they really have substantial private savings.

‘Isas are much less generous than pensions because they don’t come with the same top-up in the form of tax relief.

‘The trade-off with a pension is that you get that savings boost from the Government, but you have to keep your money locked up for longer. With an Isa you can withdraw money to supplement your income at any time.’