With travel restrictions to most countries being lifted over the coming weeks, there will be a rush to jet off abroad, but the elderly and those with health issues face paying up to nine times more than other tourists for travel insurance.

Dennis Reed, director of Silver Voices, a campaign group for the elderly, says: ‘A shameful case of age discrimination is at play here – and I fear some of the people we care about as a group will have their travel plans thwarted as a result.’

He adds: ‘The greedy insurance industry should not be allowed to have its cake and eat it. It should be obliged to offer travel insurance cover to anyone who really needs it – and at a fair price.’ 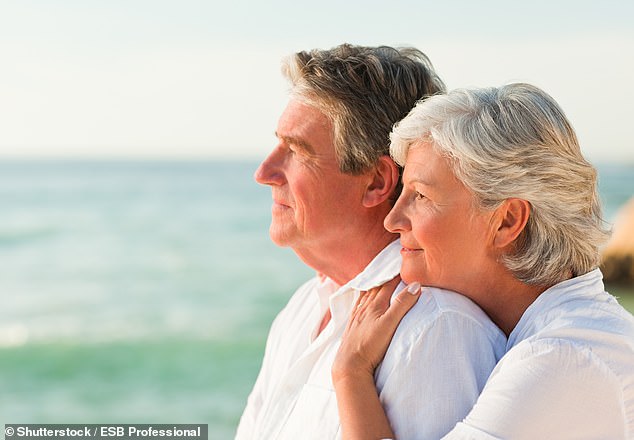 Unfair: Consumer group Which? says the travel insurance options for the elderly are extremely limited

Consumer group Which? says the travel insurance options for the elderly are extremely limited. While a 55-year-old can get up to 70 travel insurance quotes when using a comparison website, this falls to just seven for those aged 80.

Jenny Ross, Which? money editor, says: ‘While getting travel cover is straightforward for many people, for others it is a nightmare. At age 70, the price of cover often doubles, even if you are healthy. If you have a medical condition, the hike could be astronomical.’

For example, travel cover from Saga for a two-week holiday to Spain next month will cost a 55-year-old £36.98, according to data from comparison website GoCompare. The same cover from Saga for a 75-yearold will cost twice as much (£81.26) while someone of the same age, taking medication for angina, would be asked to pay £316.61 (nearly nine times as much).

Although there are cheaper providers than Saga – a company allegedly serving the needs of the over-50s – prices still ratchet up in similar fashion. Equivalent cover from TravelTime costs £17.46, £45.65 and £184.58 respectively.

Thankfully, there are some specialist travel insurers and brokers willing to offer help to the elderly and those with medical conditions.

David Jeffrey is marketing manager of specialist travel insurance broker PJ Hayman. He says: ‘Although it is wrong that many insurers discriminate against the elderly, there are a few companies out there offering good value cover. So do not be put off by initial quotes for cover that may cost more than the holiday you hope to go on. Shop around in search of a better price.’

Which? suggests visiting the website of the British Insurers Brokers’ Association to find a specialist broker. Call 0370 950 1790 or visit biba. org.uk/find-insurance.

Among the insurers which offer cover to the elderly and those with health issues are Avanti Travel Insurance, OK To Travel, TravelTime, Insurefor, Jet2Insurance, Free Spirit, Explorer, Able2Travel, InsureandGo, Goodtogoinsurance, Cigna and AllClear.

Jeffrey says: ‘Although it sounds intrusive, it pays to be open and honest about any medical conditions – however trivial they may seem – when buying cover. It is a small inconvenience answering questions in order to arrive at the right cover. Failure to disclose could lead to a claim being rejected.’ Medical conditions that must be disclosed include high cholesterol, angina, cancer (even if it is in remission or it was successfully treated years ago). Serious issues, such as having had a triple heart-bypass or if you are currently undergoing treatment for cancer, will increase the cost of cover.

Costs will also depend upon the excess you are willing to pay if a claim is made, where you are travelling to and if you wish to include baggage cover. Regular travellers should also consider an annual travel policy.

If you still baulk at the price, be aware that travelling without insurance is an expensive risk. You could face six or even seven-figure bills if you require medical attention in some countries such as the US.

On Friday, Saga said: ‘We have a policy of trying to cover as many people over the age of 70 as we can. We have held our travel premiums steady, on average, over the last 12 months despite all the disruption happening across the world.’

SIX-FIGURE COST IF YOU HAVE A SKIING INJURY

An army of skiers and snowboarders are heading for the slopes in the coming weeks as travel restrictions are lifted. But the fun can turn into a costly nightmare if you end up injuring yourself without adequate insurance.

If badly injured on a slope, you could face a six-figure bill for a helicopter to take you to a hospital unless you have cover. Travel trade association ABTA says 3.5million people go skiing every year without adequate travel insurance.

Those happy to ski ‘off piste’ are not automatically covered by standard travel insurance – even if it includes snow sports – so they should get it added to their policy. An insurer might also refuse to meet a claim if someone was not wearing a helmet or was intoxicated when the accident happened.