The Chancellor of the Exchequer will rake in an extra £50.5billion from wealth taxes – hitting tens of thousands of middle-class families.

Rishi Sunak has been dubbed a ‘fiscal illusionist’ for claiming to make cuts when the tax burden has actually risen.

But now, an investigation by The Mail on Sunday can reveal the amount he raises from Capital Gains Tax and Inheritance Tax will soar over the next five years – delivering the extra windfall into the hands of the Treasury. 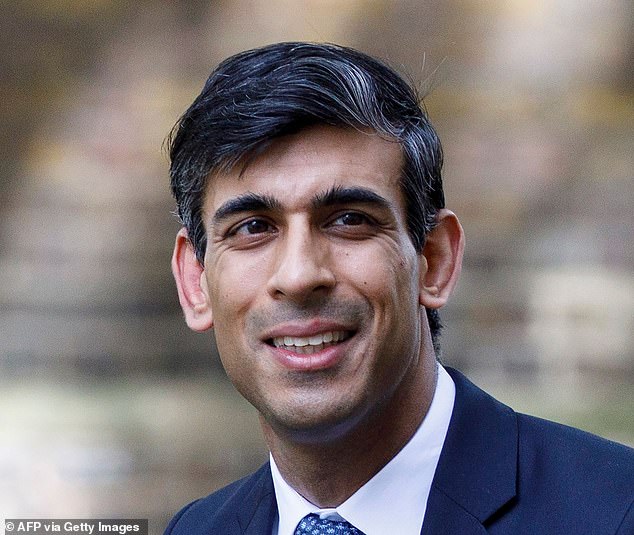 ‘Fiscal illusionist’: Rishi Sunak is attempting to plug the Covid black hole in the country’s finances

The Chancellor is attempting to plug the Covid black hole in the country’s finances. But critics say he has failed to take into account the cost of living with tax hikes that will leave most families nursing significantly higher expenses.

Sunak has also been coming under fire for doing nothing to help the poorest households which are struggling to cope with soaring costs including huge jumps in energy bills.

The Treasury will raise £125billion from Capital Gains Tax and Inheritance Tax over the next five years, according to the Office for Budget Responsibility – £50.5billion more than the amount before the start of the pandemic.

Critics are arguing that the way the levies are calculated is out of date. They point out that the thresholds have remained static instead of rising in line with inflation, meaning more families are being caught out. The boom in house prices has pushed more properties into the tax net and the Government has frozen Inheritance Tax thresholds until 2026.

Shaun Moore, a tax and financial planning expert at wealth manager Quilter, said: ‘This means that more people who would not consider themselves wealthy and will likely feel the strain of the cost of living crisis will get caught by Inheritance Tax, which was originally viewed as a tax on those who are extremely wealthy.’

He said the average UK house price is now just £51,000 below the Inheritance Tax threshold.

The extra Capital Gains Tax poured into Treasury coffers is forecast to hit £39billion in total over the next five years, compared with sums paid before the pandemic. The levy is paid on profits made when certain assets are sold, including holiday homes and shares.

The additional Inheritance Tax over the next five years is forecast to be £11.5billion, compared with the pre-pandemic levels.

Quilter’s data shows the biggest Inheritance Tax bills are incurred in London, the South East and West of England, where residential properties are typically more expensive. Mark Littlewood, director general of the Institute of Economic Affairs, said: ‘These are the most hated taxes by prudent middle-class Britons.’

He called for a simplification of rules which have allowed the super-rich to escape paying certain taxes. ‘This is part and parcel of having a complicated tax code that is 13 times longer than War And Peace,’ he added.

The Resolution Foundation last week said the average family faces a £1,100 hit in real incomes in 2022-23, rising to £3,200 for better-off working households.

The Chancellor was branded a ‘fiscal illusionist’ by Paul Johnson, director of the Institute for Fiscal Studies.

Under the current rules, estates up to £325,000 can be passed on without paying Inheritance Tax, or £500,000 if you are passing on your home to children or grandchildren. There is a levy of 40 per cent above that threshold. For married couples the threshold is £650,000, or £1million if it includes the home.

We were right last time on stealth tax

Millions of Britons will be dragged into paying more income tax after a punishing Government freeze on thresholds, the Office for Budget Responsibility has warned.

A report by the Centre for Economics and Business Research commissioned by The Mail on Sunday last month predicted a surge in the number of workers who will be forced to pay extra income tax over the next five years – bringing in £40billion for the Treasury.