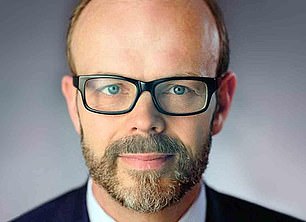 Tim Haywood was fined £230,037 for failing to comply with Gam’s policies on gifts and entertainment

The Financial Conduct Authority has revealed more about Gam’s failure to manage conflict of interests between its bond manager Tim Haywood and Greensill Capital, the supply chain firm owned by Lex Greensill.

Last December the City watchdog handed Gam a £9.1million penalty while Haywood, who was sacked in 2019, was fined £230,037 for failing to comply with Gam’s policies on gifts and entertainment.

The FCA said that between 2016 and 2018, Haywood was wined and dined by Greensill, flew on the ex-banker’s private jet, and went to a concert at Buckingham Palace, with the total value put at £22,437.

The FCA did not find evidence that Haywood made investment decisions because of these gifts and entertainment.

Mark Steward, at the FCA, said: ‘The FCA expects asset managers and their staff to be scrupulous in identifying and managing conflicts and their risks.

‘This case should send a clear warning to the market.’