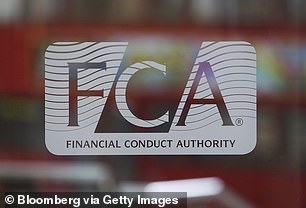 The Financial Conduct Authority (FCA) has come under stinging criticism for failing to prevent the LV debacle.

The financial watchdog held talks with LV and was satisfied that it needed a deal to survive, despite members questioning whether LV’s management was right.

They were particularly perplexed as, in 2020, LV sold its general insurance arm to Allianz, raising £1.1billion.  This appeared to go against claims that a takeover by Bain was needed.

In a letter to the FCA in November, LV member Laurence Whitehouse said members were told capital was required but not told why, adding that ‘financial problems’ were not disclosed in the 2020 accounts.

Private equity firm Bain approached LV in 2020. A year later the FCA said it would not object to a takeover or demutualising.

It was only when the Bain and Royal London bids fell through that LV rowed back on claims that it was in financial trouble.

Professor of accounting Lord Sikka said: ‘There is clearly an endemic problem at the FCA. We need to see what evidence was provided by LV that showed the mutual could not survive as a stand-alone entity.

‘This saga raises fresh questions about the FCA and clearly more reform is needed.’

Kevin Hollinrake MP said: ‘The FCA is getting it wrong time and time again. It needs to be more interventionist.’

The reluctance to get involved surprised many as the regulator was reeling from the 2019 London Capital & Finance (LC&F) shambles in which £237million of investors’ money was lost in a retail investment scandal that rocked the FCA , which promised to change its ways.