The multi-franchise business, whose subsidiaries offer services ranging from oven cleaning to commercial drainage, said the newly-enlarged firm would be in a much stronger position to expand and attract interest from investors.

In particular, it believes the £49.2million takeover would help boost its presence in North America, and help Filta grow its UK and European franchise businesses by taking advantage of Franchise Brands’ infrastructure. 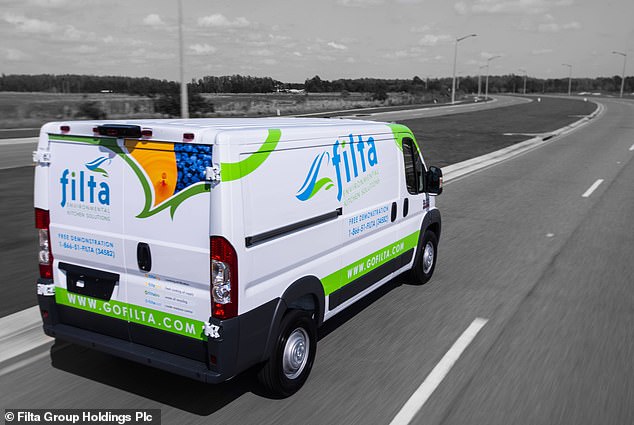 Scrubbing up: Filta mainly focuses on offering cleaning services for commercial kitchens in public establishments such as amusement parks and supermarkets

The combined group will also augment the range of services it provides to customers, cut operating costs, and enhance its ability to potentially acquire more companies.

Filta shareholders are set to receive 170.7p per share for the deal, a relatively modest increase on the group’s closing share price yesterday but a premium of nearly a quarter on its average closing price in the prior three months.

Approval for the transaction has been granted by Filta directors and other parties who control more than 60 per cent of the firm’s share capital, according to Franchise Brands.

Further approval of the deal has been granted by asset manager Gresham House, which owns almost a fifth of the shares, on the condition that no bid exceeds 10 per cent of the current proposal.

Should the deal be completed, the new company would have a market capitalisation of £191.2million, making it one of the biggest franchise businesses in the UK. 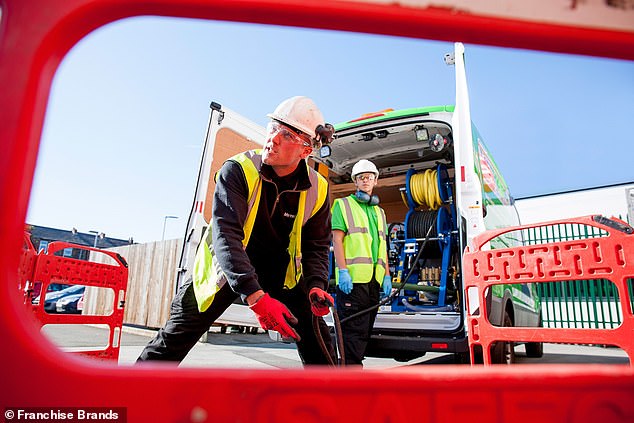 ‘Our board believes there are greater benefits to be had from the more diversified range of services the larger group will offer, as well as a broader customer base and greater shared resources to support future growth.

‘The share structure of the offer will also allow Filta’s shareholders, alongside our broader stakeholders, to benefit from the significant synergy potential the combination represents.’

Shares in both businesses did not react positively to the deal’s announcement, with Franchise Brands’ share price dropping 3.4 per cent to 142.5p on Tuesday, whilst shares in Filta declined 2.2 per cent to £1.55.

The firm achieved record adjusted underlying earnings for the third quarter and first nine months of last year, thanks to surging system sales of franchisees at its commercial drainage specialist Metro Rod.

Warwickshire-based Filta, which is listed on the London Stock Exchange’s AIM market, mainly focuses on cleaning kitchen fryers at public establishments such as amusement parks, fast-food restaurants and sports stadiums.

Last week, it revealed revenues in 2021 exceeded their pre-pandemic levels on the back of record performances in both the third and fourth quarters and a robust recovery in the North American market.

harrry
Previous article
How To Pet Speki & Svanna
Next article
When did She Wear it Better? Rihanna Steps out in Chicago Bulls Jersey and the Same YSL Red Heart Fur Coat She Wore in 2016