Nevin, former chief executive of Motherwell, now earns his crust as a writer and broadcaster, but was paid just £180 a week by Chelsea in 1983. He estimates a young player of his calibre might today earn between £20,000 and £30,000 a week.

Now 58, he lives on the Scottish borders with wife Annabel, 53, and owns three buy-to-let properties, including a £1million flat in Central London. He spoke to Donna Ferguson. 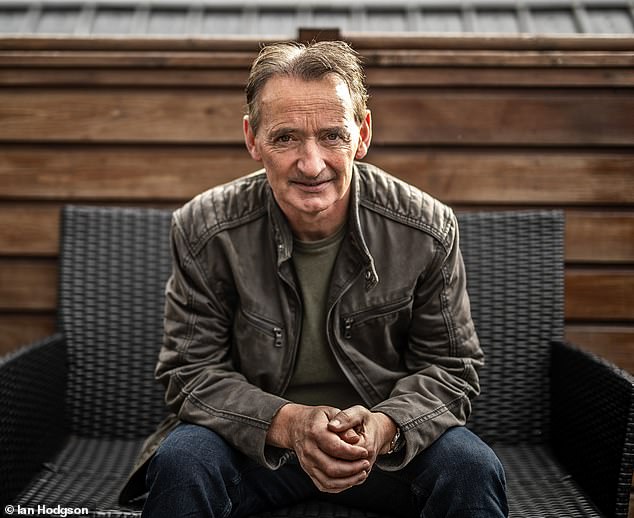 Looking ahead: Pat Nevin, former chief executive of Motherwell, now earns his crust as a writer and broadcaster

Frugality. I was brought up in the east end of Glasgow and there wasn’t a lot of money around. My dad was a crane driver who worked in a British Rail factory while my mum was a housewife, which I think is the most important job in the world. There were six kids.

Although my parents were frugal, they taught me that if you have enough to get by you don’t need to worry too much about money or to panic about it. We weren’t materialistic at all. We had enough to eat and my needs were limited – they usually involved a football, a pair of boots and not a great deal else.

How much did you get paid for your first job as a professional footballer?

Thirty five pounds a week. I was a 17-year-old student, studying business and commerce. A small club in Scotland called Clyde asked me to join them. I said no, I’m doing a degree, but the manager was Craig Brown, who went on to become Scotland manager years later, and he convinced me otherwise. He said I could train for Clyde two nights a week, play on a Saturday, and it would have no effect on my degree. I was a skint student and back then, you could buy a lot of record albums for £35 a week, so I said yes.

It wasn’t easy. I remember once nicking a knife and fork from Pizza Hut because I didn’t have any at home. I barely had enough to survive on. I didn’t worry about it though. As long as I could eat, play football and listen to the John Peel radio show at night, I was happy.

I returned the cutlery three or four months later after I got some bonuses for winning games.

Yes, when I worked for Channel Five as their main football pundit 20 years ago. They would pay me £2,500 per game and I had a period with them when I was doing 30 games a year.

It was 2000. I was a football player, chief executive of Motherwell Football Club in Scotland, and I was also working in TV and radio. I earned a decent six-figure sum, but I worked stupid hours. If I left the house at seven in the morning and got back at 11 in the evening, I was doing well. It wasn’t good for my health.

The most expensive thing you bought for fun?

I invested £20,000 in a couple of companies in 2000 – a tech business and a venture capital company. I did it on the advice of someone I knew and lost £18,000. I’m not embittered by it. If you make an investment, you have to understand that sometimes it might not work out.

Buying my first property in London, just off Kensington High Street. It was a two-bedroom flat and it cost me £87,000 in 1985. I’ve still got it and I think it’s probably worth around £1million now, but I haven’t bothered to check. Its value is of no importance to me because I won’t get to spend any of the money. It will go to my kids. 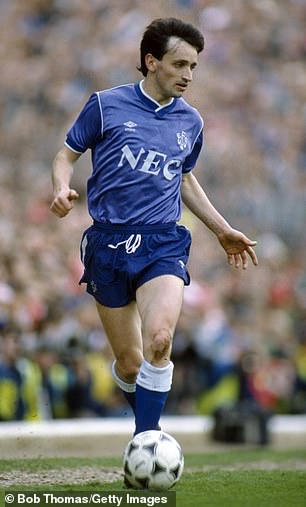 Stepping up: Pat Nevin, playing for Everton, started his career on £35 a week

Not any more. I started to save into one as soon as I could as a young player. When I could afford it, I would put in 17.5 per cent of my income tax-free. The compound interest I got at that time was amazing and as a sports professional I only had to wait until I was 35 to access it. So I became a pensioner when I was in my late 30s.

Outside of a pension, I have never invested in the stock market. It always felt like gambling.

My home is a seven-bedroom Georgian townhouse in the Scottish borders which I bought in 1998 for £180,000. I’ve never checked whether it has gone up in value, but I imagine it probably has.

If you were Chancellor what is the first thing you would do?

I would provide more funding to the National Health Service, but I would make sure it is funded more intelligently at the same time. For example, I would try to find ways of not wasting money on bureaucratic management. My daughter is a doctor and I know there are massive weaknesses in the system and the money that is there isn’t being used as well as it should be.

Yes, I donate some of my income to Autism Research which aims to increase our understanding of autism and improve the outcomes for people who have the condition.

My family. Everything my parents did was for their children. And anything I’ve ever done is for my children and my wife and for their futures.

Pat Nevin’s autobiography, The Accidental Footballer, is out now