The FTSE 100 briefly fell into correction territory yesterday as traders continued to fret over the war in Ukraine.

Amid the turmoil, the FTSE 100 ended Monday’s session down 0.4 per cent, or 27.7 points, at 6959 after a volatile day which saw it briefly plunge 2.7 per cent before recovering most of its losses. 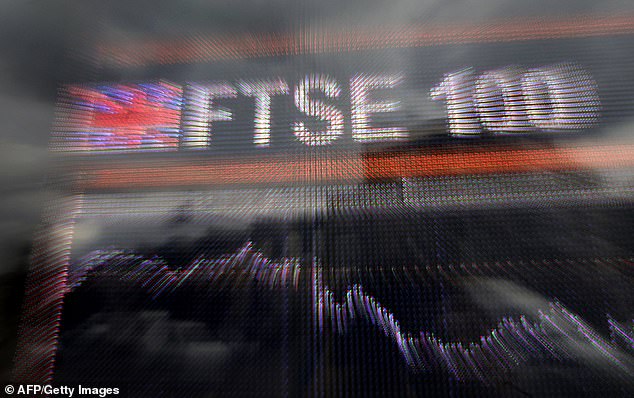 The intra-day fall meant the blue-chip index was momentarily down 11.3 per cent from its post-pandemic peak of 7672 reached on February 10, placing it firmly in correction territory, which is defined as a drop of 10 per cent or more from the most recent high.

However, its rebound later in the day meant the decline stood at only 9.3 per cent off February’s peak.

The recovery was partly due to a slump in the value of the pound, which fell to its lowest level against the US dollar since December 2020 as traders piled into the greenback in search of a haven for their cash.

Investors are becoming increasingly jittery about the outlook for the global economy, particularly around how supplies of raw materials are being disrupted by the conflict in Ukraine and sanctions imposed on Russia.

harrry
Previous articleNat Rothschild snaps up stake in Indian firm InYantra for £6.1m
Next articleSoaring oil price could undermine sanctions with Russia set to cash in