Former EastEnders actor Michael Greco talks to ME & MY MONEY 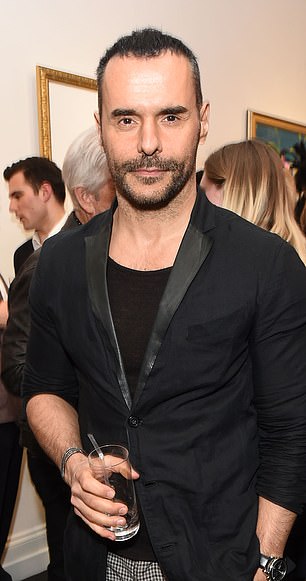 Regret: Michael Greco turned down advice from the Winklevoss twins to invest early in Bitcoin

The actor Michael Greco enjoyed his best year financially in 1997 – the year he joined the cast of BBC soap EastEnders.

He went from being £10,000 in debt to earning a six-figure salary and driving a Porsche.

Today, the 51-year-old is an avid supporter of Great Ormond Street Hospital after his son Gianluca was born prematurely last year and was treated there. He spoke to Donna Ferguson.

That I had to earn my way through life. My parents grew up in poverty in Italy and when they moved to the UK to start a new life, they had nothing and couldn’t speak English. My dad got a job as a chef in a hospital and worked every hour that he could to provide for his family. My mum worked at the same hospital as an auxiliary nurse caring for sick children. They would wake up early in the morning and go to work. My brother and I would get ourselves together and walk or cycle to school. There was always food on the table and clothes on our backs, but we knew money was tight.

Yes, after I left drama school in 1992 and moved to North Finchley, in London, to try to make it in the acting world. I shared a house with friends from drama school and we lived on beans on toast. All we had was housing benefit, which paid our rent and £30 a week dole money. Sometimes, we would travel on the underground without a ticket because we just didn’t have the money to pay the fare to go to auditions.

There was no money coming in and interest rates were high back then. I got caught in a never-ending cycle of debt. But I didn’t feel stressed because my friends and I were all in the same boat. Like me, most of them were from working-class backgrounds. It was tough but we’d never had money, so we didn’t know what money looked like in our bank accounts.

After three years, I’d started to get theatrical work which gave me a bit of cash. But I didn’t come into money until 1997 when I joined EastEnders.

So, what was the house you lived in like?

It was terrible. The garden, in particular, was awful. It was so overgrown that this old lady walked past one day and said: ‘You want to put some petrol on that and light a match.’ She was probably just joking, but we thought she was giving us advice and we should do it. So we did. We got some petrol, sprayed it all over the grass and set a match to the garden. It lit up. And yes, it did get rid of everything, but then the garden was all black and totally ruined.

It was 1997 because that was when I joined EastEnders. It changed my life. I went from being £10,000 in debt to earning a six-figure salary and owning a £50,000 Porsche. The years I had on EastEnders will remain within the deepest walls of my heart because they gave me an incredible life. I worked long hours for the money I earned. If you’re in a big storyline on a soap, you’re either on set or in your dressing room 12 hours a day, waiting to do another scene. We used to do between 25 and 30 scenes a day.

Apart from the Porsche, what is the most expensive thing you bought?

It was a diamond Breitling watch for £10,000. I used to be a full-time, sponsored professional poker player. I would go to Vegas where I was surrounded by rich people. The watch looked incredible, but I sold it after a couple of years because I wasn’t comfortable wearing such an expensive piece of jewellery. Another poker player bought it off me for two $5,000 chips.

Not buying Bitcoin when the Winklevoss twins did. I was on a flight with the rowers and entrepreneurs about ten years ago. They advised me to invest and I said no. Those two guys are worth a fortune now. If I had put £10,000 into Bitcoin that day, I would probably now own a football club. 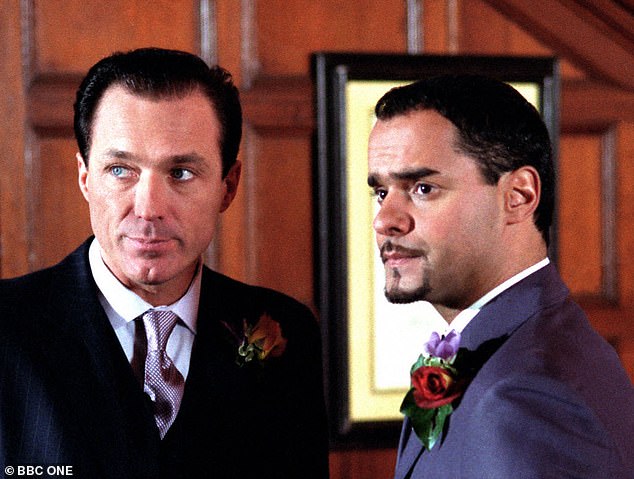 Dynamic duo: Michael Greco as Beppe di Marco with Martin Kemp in a scene from EastEnders

No. I should have started a pension when I was at EastEnders, but I didn’t. I think I had the attitude that I should concentrate on what I was doing in the moment, rather than saving for a time 30 years into the future. I was wrong. That was a mistake, but as an actor I do think I can work for as long as I need to. It’s not like I have a shelf life.

Do you invest in the stock market?

No, but a few months ago I invested quite a lot – tens of thousands of pounds – in a company called Alpha Growth. It’s an asset manager which is listed on the London Stock Exchange. I hope my shares in the business will be worth a lot of money in the future. I’ve also put £20,000 into cryptocurrencies, which are going through a tough time.

No. I live with my partner Helen, mother of my son Gianluca who is eight months old. Helen owns a house in Hertfordshire. We’re looking to buy somewhere nearby.

Yes, to Great Ormond Street Hospital. My baby son was there for the first eight weeks of his life. He was born six weeks premature. Frankly, he was touch and go and we had a really tough time. So I know first hand the incredible work they do at that hospital and how much they deserve our support.

My son and his future. I had the best upbringing from my parents. I want him to have the same.