Former Surbiton home of David Essex for sale for £3m


David Essex captured the hearts of teenagers throughout the 1970s with hit singles and popular screen performances.

His success meant that he could afford to buy his own slice of The Good Life in Surbiton, where he snapped up a Victorian mansion in the south west London suburb that the hit TV show of that name was set.

He lived at the house in Ditton Road for sixteen years and has since moved out. But we take a look inside the property, which is currently on the market for £2,999,950. 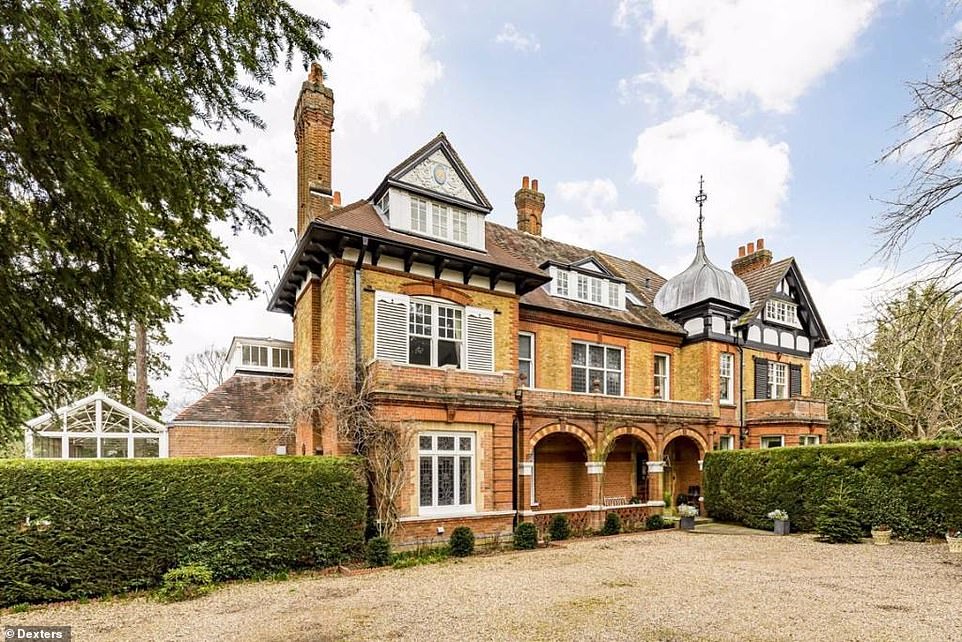 The six-bedroom Victorian property in Surbiton, South West London, is currently on the market for £2,999,950 via Dexters estate agents 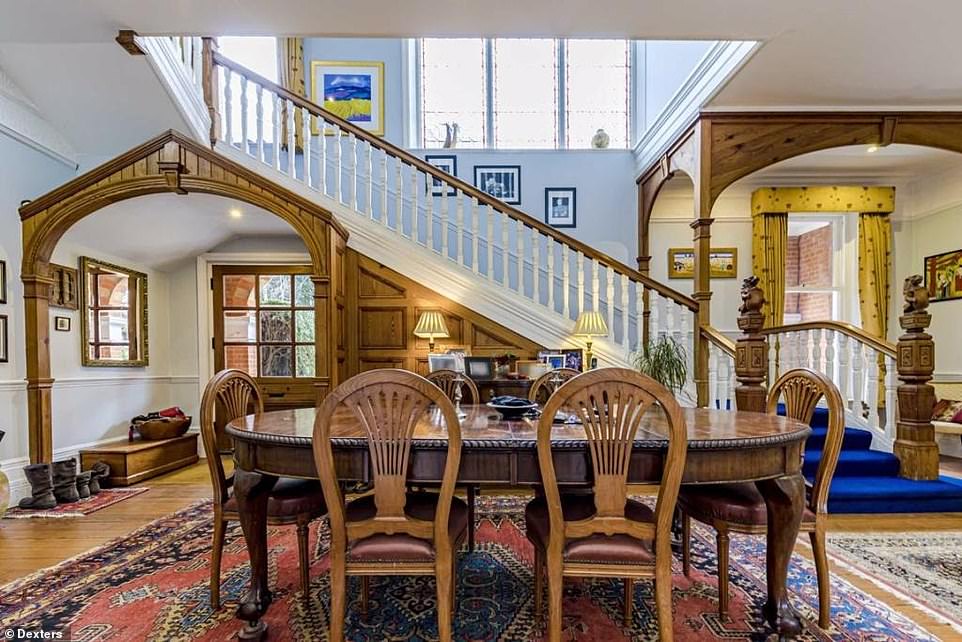 For many, Surbiton is synonymous with The Good Life, the 1970s BBC sitcom following a couple – played by Richard Briers and Felicity Kendal – who live there and attempt to escape the modern rat race by becoming self sufficient at their suburban house.

Chrissie Gale, of Dexters, the estate agent handling the sale, said: ‘Ditton Road is one of Surbiton’s premier locations’

‘You can see why a rockstar might want to live here. It’s extremely peaceful and quiet, but also just a mile away from the town centre with its restaurants, cafes and the monthly farmers’ market. You get the best of both worlds.’

The red brick property is approached via electric gates that open onto a sweeping driveway leading to covered patio with columned arches. 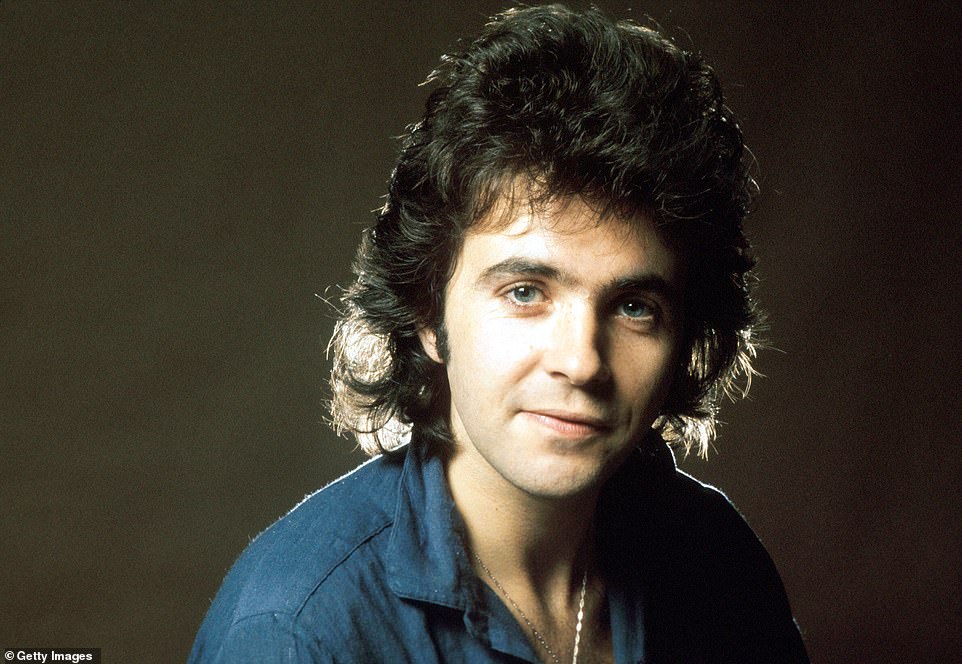 The entrance hallway has stained glass windows and a grand wooden staircase that provides access to the six bedrooms on the upper levels.

Due to its sufficient size, the space is currently used as a dining room.

On the ground floor, there is also a large living room with several original features, including the fireplace and ornate coving.

Meanwhile, the kitchen has a central island with double doors leading out into the garden.

The garden has a large lawn area and a summer house that could be used as an office. There is also a garden conservatory with access to a secluded, tiled patio.

As well as six bedrooms, there are four bathrooms, meaning the property is ideal for a growing family. 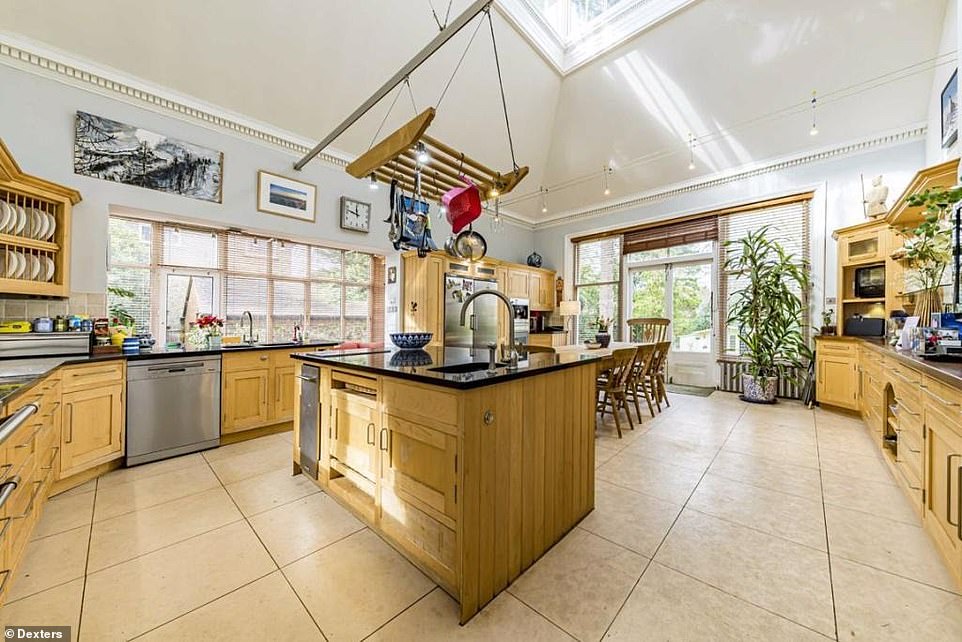 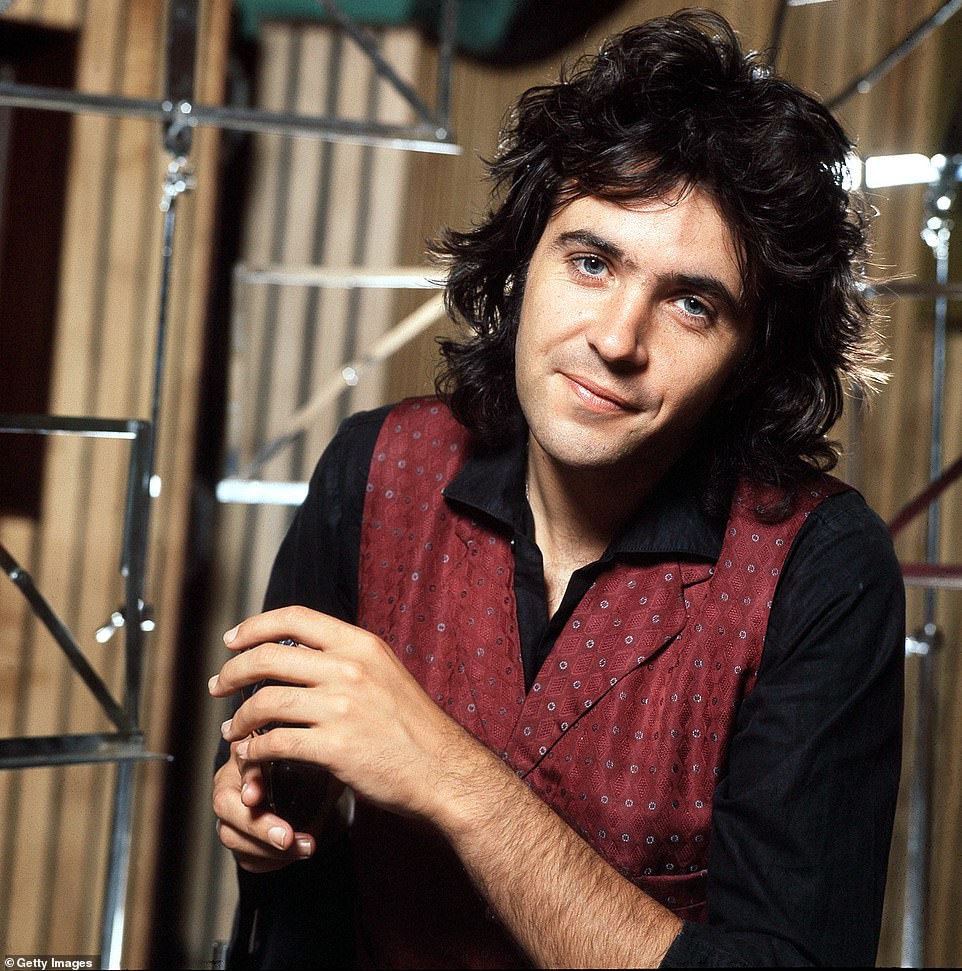 In the 1970s, David Essex starred in the film That’ll Be the Day, and recorded his international hit single, the self-penned Rock On, which sold more than one million copies 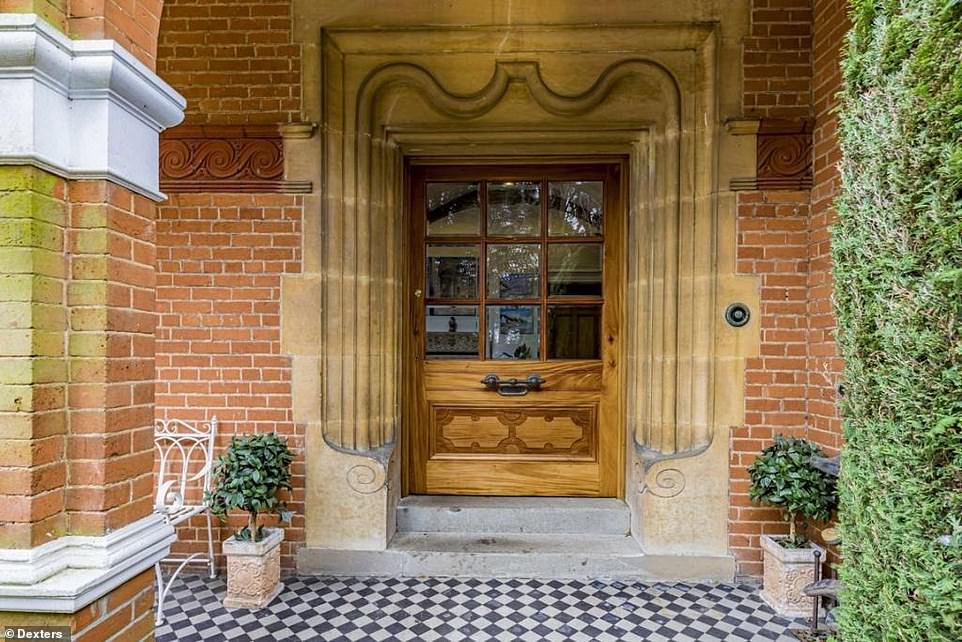 Fit for a super fan: The large living room would have once played host to David Essex’s many friends and family 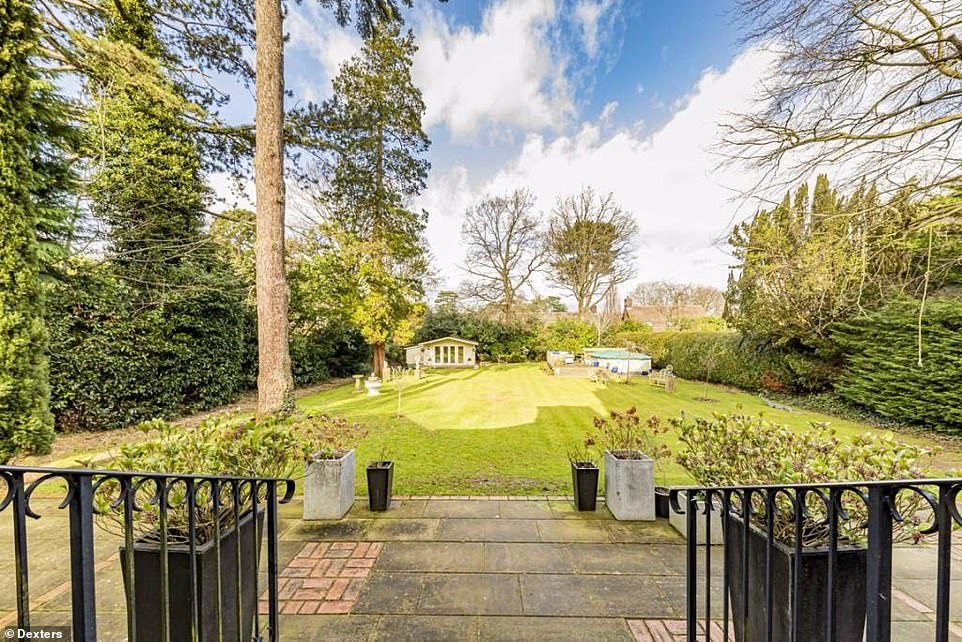 Living the Good Life: The Surbiton garden has a large lawn area and a summer house that could have an alternative use as an office

In the 1970s, David Essex starred in the film That’ll Be the Day, and recorded his international hit single, the self-penned Rock On, which sold more than one million copies.

His biggest hits during that decade included two UK number singles, which were Gonna Make You a Star and Hold Me Close. He also appeared in Stardust, a 1974 sequel to That’ll Be the Day.

Essex continued to perform in all areas of show business and is now 74 years old.

In 1988, he was in a popular sitcom called The River, while in 1991, he did a music complication called His Greatest Hits.

His autobiography is called A Charmed Life and was published in 2002. He spend six years as an ambassador for Voluntary Service Overseas, which earned him an OBE in 1999.

In January 2011, it was announced that Essex had joined the cast of EastEnders as Eddie Moon, with his first on-screen appearance in June that year. Eddie left the square on 6 October 2011. 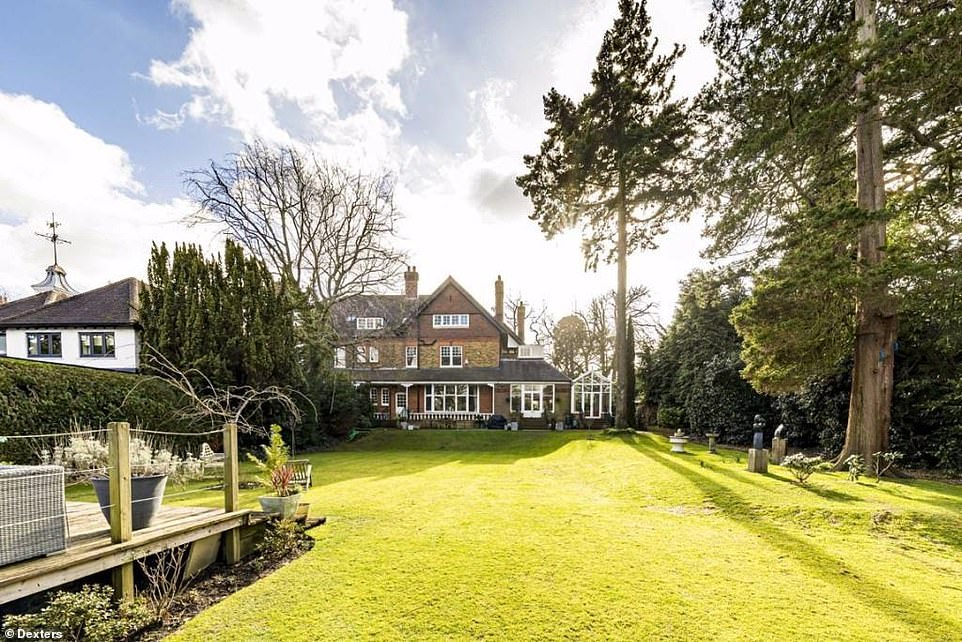 The property is in Surbiton, which is where the 1970s sitcom The Good Life – featuring Richard Briers and Felicity Kendal – was set 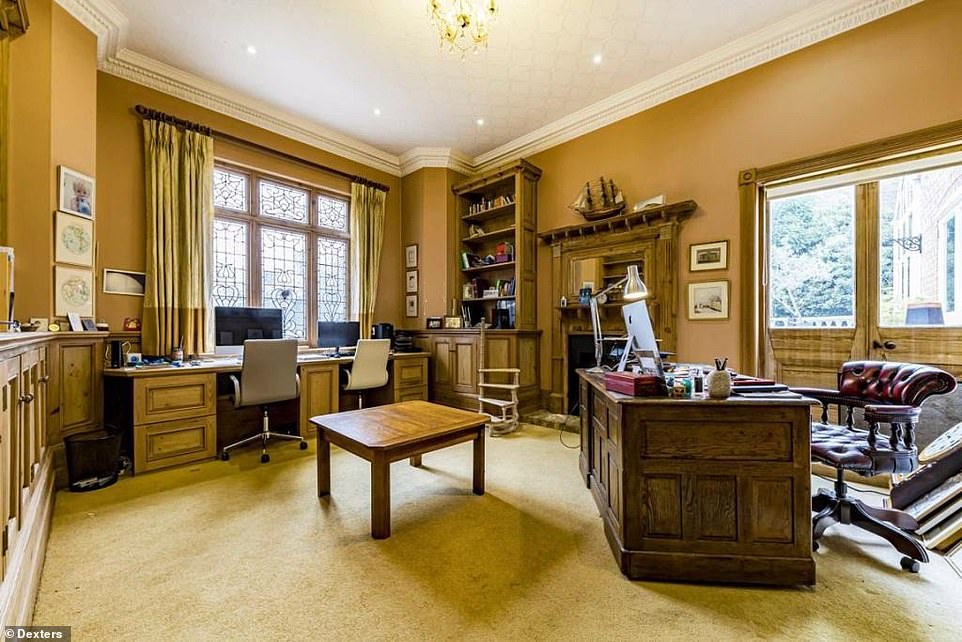 Essex’s former home is in Ditton Road on the Southborough Estate in Surbiton. It has good access to public transport as it is less than a mile from Surbiton Station with its train service to London Waterloo station.

The average sold price of a property in Surbiton is £604,444, according to Zoopla. It is almost double the equivalent for the country as a whole, which stands at £329,407.