‘Lord Lucre’ finally steps down from Russian miner En+: Move by former Tory minister piles pressure on others who are STILL clinging on

The former climate change minister under David Cameron said he would leave his role as executive chairman at the aluminium company, which was founded by oligarch Oleg Deripaska, after a short handover.

And gold miner Polymetal – one of the biggest Russian firms listed in London – saw an extraordinary board exodus. 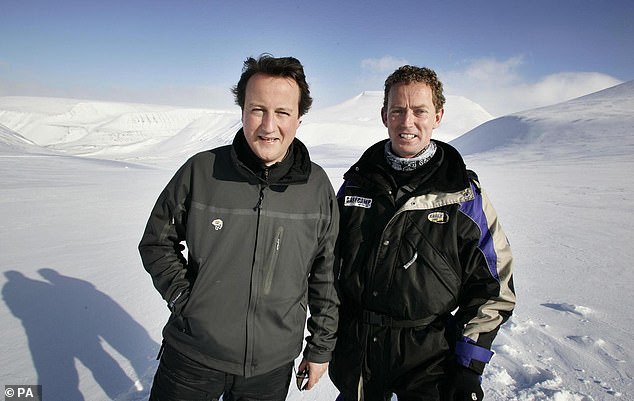 In a terse one-line statement, Polymetal said British chairman Ian Cockerill and all five independent directors had quit en masse. But a slew of Britons and high-profile figures in the West are staying on at Russian firms despite widespread condemnation.

Pressure ramped up last night as politicians and business figures urged anybody left to resign immediately.

Barker had insisted last week he would not resign. But the announcement yesterday follows weekend reports that the company is considering spinning off its international business into a separate group – which it is thought he might lead.

The former MP is also facing calls to be stripped of his peerage, a rare move that has not been enacted since the First World War.

Barker was a businessman before he became a Conservative MP in 2001, developing close relationships with a number of Russian oil companies.

He served as a minister in Cameron’s government before quitting as an MP in 2015.

Barker had been at En+ since 2017, when he began a PR and lobbying charm offensive for the company that led to the US lifting previous sanctions on the firm. 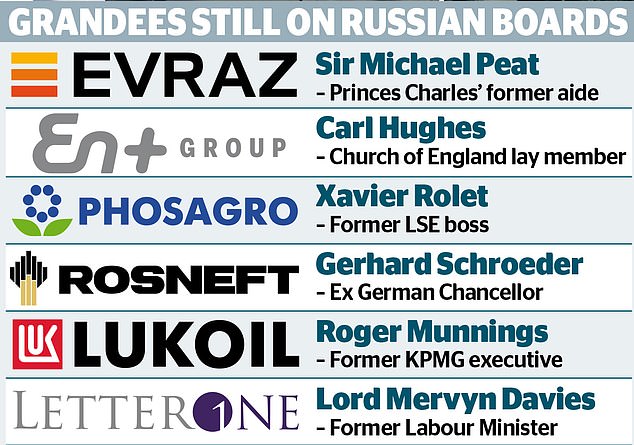 Joan MacNaughton, an ex-civil servant who served as deputy chief of staff to Margaret Thatcher, said last week she would leave En+. But another Briton remains on the En+ board.

Carl Hughes, a former Deloitte worker who is a House of Laity member for the Church of England, has yet to resign.

Layla Moran, Liberal Democrat MP and foreign affairs spokesman, said: ‘It is right that Lord Barker has stood down from this position which had become indefensible in view of Putin’s horrific invasion of Ukraine.’

Last night Roger Barker, director of policy and corporate governance at the Institute of Directors (IoD), said: ‘It is great to see that so many British directors have taken the decision to relinquish their positions on Russian boards.

‘In support of the fundamental values of freedom and democracy, we suggest that all remaining directors should rethink their involvement in governance roles in the Russian economy.’

The IoD last week said it was ‘untenable’ for Britons to be on Russian boards, in an unusual intervention for the business body.

Financier and anti-Russia campaigner Bill Browder said: ‘Anybody who hasn’t stepped down is effectively compromising our national security for their own personal financial interests. In order to stop Putin it needs to be economically isolated.’