Foxtons returned to profit last year as the British housing market thrived on the back of lower stamp duty rates and high levels of mortgage lending.

The real estate firm recorded pre-tax earnings of £5.6million from continuing operations in 2021, against a £1.4million loss the previous year, marking its first profit since 2017.

Sales revenue climbed by 51 per cent as the volume of homes sold on its platform also increased by over half to 3,122, offsetting a slight decline in the amount of money it earned from individual transactions. 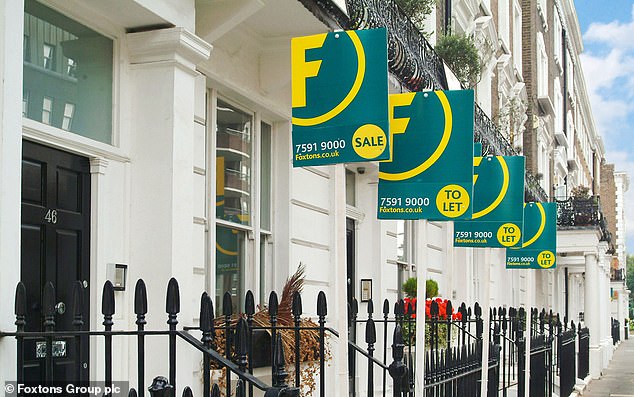 Recovery: Foxtons recorded pre-tax earnings of £5.6million from continuing operations in 2021, against £1.4million the previous year and its first profit in five years

An expanding number of house purchases financed by mortgages additionally helped boost its mortgage broking revenue by 17 per cent to £9.5million, as did record low UK interest rates.

Meanwhile, income from its largest segment, lettings, jumped by 30 per cent, with more than half of this growth attributed to the acquisition of Douglas & Gordon lettings business.

Over half of the £7million increase in adjusted operating profit was down to this deal, which was formally completed in March last year.

Another £1.5million came from its mortgage broking division Alexander Hall, which Foxtons said today it will not sell following a strategic review and will instead invest in growing its base of financial advisers.

Because the company’s performance was so strong, bosses have chosen to restart paying dividends to shareholders again for the first time since 2017 and approved buying £5.7million of its own shares.

Nic Budden, the firm’s chief executive, said: ‘2021 was a good year of progress for Foxtons with revenues, profits and cash flow significantly ahead of 2019 and 2020. 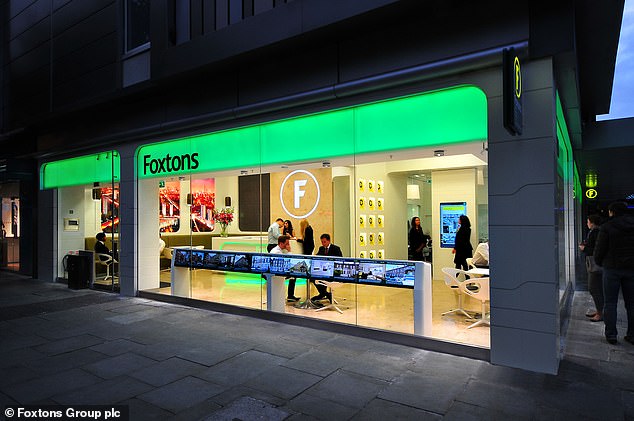 Dividends: Bosses at Foxtons have chosen to restart paying dividends to shareholders again for the first time since 2017 and approved buying £5.7million of its own shares

‘We successfully delivered the first phase of our growth plan, making strong progress against our core strategic objectives and are confident of delivering further growth this year and into the future.’

Looking ahead to this year, the group expects relatively comparable levels of mortgage broking activity, a continued expansion in its build-to-rent division and spending of £8million buying up more companies.

It also intends to make further savings measures in response to anticipated cost increases, such as business rates and the incoming hike in national insurance contributions from early April.

Foxtons shares were only down 0.1 per cent to 34.6p during the late afternoon on Wednesday. However, their value has plummeted by more than 45 per cent in the last 12 months and just under two-thirds in the preceding five years.

The firm’s announcement comes less than a week after property website Rightmove published results showing its annual revenue rose by almost £100million last year as prospective homebuyers spent a record amount of time on its platform.