By Angharad Carrick For This Is Money

Young investors are putting away up to £200 a month and looking to balance exposure to crypto and meme stocks with ‘safer’ investments such as gold, according to a recent survey.

Gen Z investors piled into meme stocks, popular tech companies and crypto last year, but the research by the Royal Mint suggests they are now starting to diversify their portfolios.

In its poll of 16 to 25 year olds, around half of whom already invested, two fifths said the the pandemic made them see the value of being financially secure.

Some 80 per cent said they dedicated a portion of their income to investing, with 47 per cent investing up to £200 monthly. 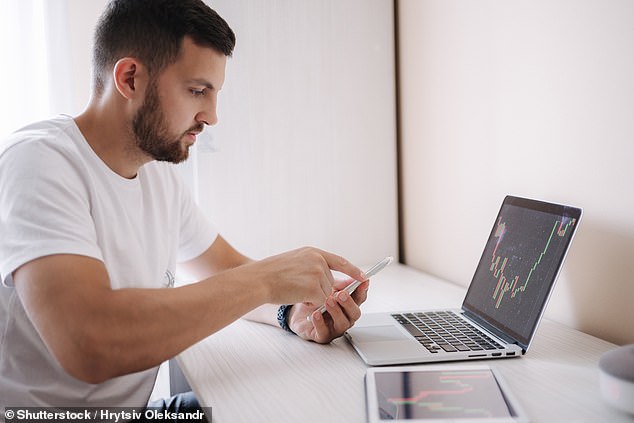 Gen Z shifts priorities: Under 25s are now cutting down on socialising and putting money into their investments, according to data from the Royal Mint

Crypto is still the top investment for the younger generation, with 38 per cent of the Gen Z members surveyed saying they had invested in it.

However, they are now starting to actively look beyond crypto and diversify their portfolios by adding what they deem ‘safer investments’ such as gold.

The majority – 69 per cent – said they were considering investing in precious metals, citing their consistent growth and reputation for holding value over time as reasons.

The FCA has previously warned that younger and more financially vulnerable people are backing riskier assets like cryptocurrency without sufficient knowledge of the hazards.

Earlier this year the regulator proposed new rules to tighten who could invest in high-risk financial products and how they could be advertised.

Almost a quarter (23 per cent) of those polled said they had seen people they followed on social media posting about money they made through investing. 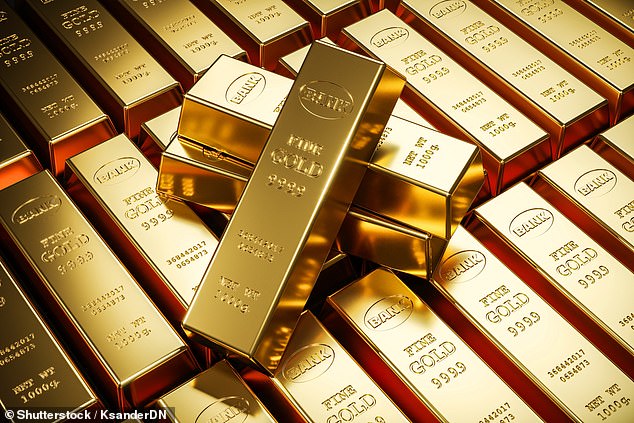 Golden opportunity? More than two thirds of Gen Z members said they would consider investing in precious metals such as gold

​​The social media boom has caused 17 per cent of those surveyed by The Royal Mint to adopt a ‘get rich quick’ mentality,  expecting to double or triple what they had invested within a short space of time.

Nearly two thirds of those aged between 16 and 25 have now experienced an investment loss.

‘Young adults are becoming increasingly confident investors, and this is exciting to witness,’ said Karina Hicks, head of precious metals marketing at The Royal Mint.

‘Although new means of investing such as NFTs and meme stocks seem appealing, more traditional methods such as precious metals can be a great way to give your portfolio more stability,’

Planning for the future is front of mind for many Gen Zs, as 24 per cent said that investing allowed them to feel less anxious about their financial future.

With house prices at an all-time high and an uncertain job market post-pandemic, young investors also seem to be reconsidering their outgoings.

Just under half of those investing had cut down on eating out, drinking, travel and buying clothes, according to the Royal Mint.

They said they were continuing to entertain friends and family at home, with 73 per cent of Gen Zs saying it had saved them up to £500 over the past year.

When they do go out, 39 per cent of those surveyed said they were choosing to cut out or lessen their alcohol intake, saving a further £295 a year.

Long haul travel has been replaced by more affordable staycations among younger people, saving just over half of young adults up to £500 a year.

For those looking to travel affordably, the switch to working from home saw 36 per cent head to countries with similar time zones to work.

In the survey, 19 per cent said they had travelled without having to take unpaid leave, leaving their income undisrupted.