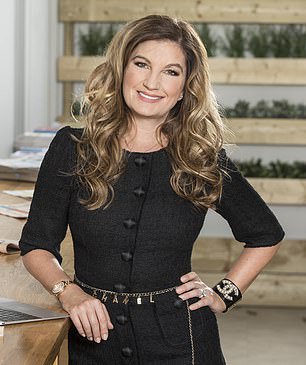 Working out: Baroness Brady has been appointed for her ‘incredible insight’

Karren Brady, the football club executive and star of The Apprentice, has landed a new job at sportswear group Gymshark.

Baroness Brady, an aide to Lord Sugar on the BBC TV show, has become an adviser to the rapidly growing brand, The Mail on Sunday can reveal.

Founder Ben Francis, 29, launched Gymshark in 2012 from his garage. The firm is expected to hit £500million turnover this year, up from £400million last year.

Brady, 52, vice-chairman of West Ham Football Club, became a peer in 2014. She was managing director of Birmingham FC from 1993 to 2009 and Gymshark executive director Paul Richardson sat alongside her on the board of the Midlands club.

He added: ‘We’re looking to put together the Avengers of advisory boards, as evidenced by our first appointment – Gary Vaynerchuk. If we’re going to achieve this, we need to be speaking to the heavyweights in the business world, a classification which Baroness Brady more than falls into.’

Vaynerchuk, a US marketing entrepreneur with a large social media following, joined last year to advise on expansion in North America.

Gymshark, valued at £1billion on its first funding round in 2020, has been tipped for a stock market float, but Francis has said this year is unlikely.