The West is truly angry, united in outrage and fury, and that changes everything – including the shape of the world economy. It is for the military and political specialists to judge how the dreadful events in Ukraine are likely to unfold and the implications in humanitarian and geopolitical terms.

The rest of us have to hope and pray that the worst outcomes will not occur. From an economic perspective, however, something has become clearer in the past week. Russia will be cut off from the West for the foreseeable future.

Two things have happened. First, sanctions have been ramped up to a level that is unprecedented since the Second World War. During the Cold War years, and even at the height of the Cuban missile crisis in 1962, Russia continued to have a working financial relationship with the US and Europe. 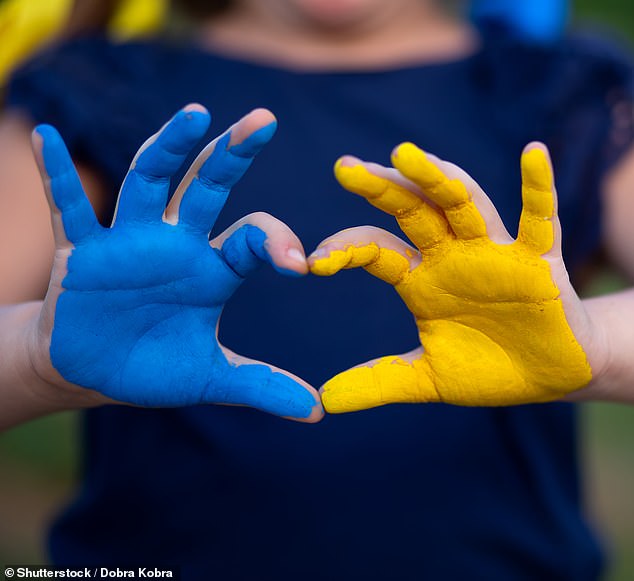 Give peace a chance: The tragedy is that it has taken this catastrophe in Ukraine to make us pull together

There was a London-registered financial institution, Moscow Narodny Bank, founded back in 1919, which acted as the country’s window to the rest of the world. It was much admired as a member of the City’s community of foreign banks, until it was eventually taken over in 2005.

Now, with the exclusion of major Russian banks from the Swift payments system and the freezing of the Central Bank of Russia assets abroad, the West has shown it is prepared to take the most extreme measures it can – even at considerable cost, particularly to Germany and much of Eastern Europe.

Ten days ago, Germany was still resisting the exclusion of Russian banks from Swift, largely because it gets half its gas from Russia and was frightened of having it cut off. Now, while its vice-chancellor and economy minister, Robert Habeck, says he is not in favour of banning Russian energy imports altogether, Germany ‘must free ourselves’ from dependence. There is a contingency plan to cope if it does get cut off and we will get more details of Europe’s response later this week.

The second change is the response of global businesses. Reputational damage is so huge that companies have no option but to pull out. BP’s stake in Rosneft was the most valuable foreign investment in Russia. It is probably worth nothing.

Russia is Renault’s second biggest market. The carmaker has not yet said what it will do but its shares have plunged by nearly 30 per cent. Other companies including VW, BMW and Toyota have shut their plants and stopped shipments.

The US giants, including Apple, Amazon, Google and so on, have all announced plans either to suspend exports or withdraw services. And, unsurprisingly, the few Russian products that we and other European countries import are disappearing from supermarket shelves.

How complete will the rupture be? Remember Russia is a medium-sized economy, smaller than Canada and about the same size as Spain or Australia. So it is not a huge market for Western products, unless, like Renault, you made a bad political decision a few years ago.

It is important only as a producer of oil and gas, some rare earths, and some agricultural products, notably wheat. (It is the world’s largest wheat exporter, while Ukraine is in the top five.) It will be able to sell its oil and gas to other markets, probably including China and India, even if it does stop selling to Europe. And it will be able to sell its wheat. Sanctions squeeze, but they also leak.

What will happen is a spike in inflation. Energy prices affect everything, and food prices have a particularly grave impact on much of the emerging world. So I am afraid what was already going to be a painful spring and summer will be a more painful one.

The pressure on living standards will be greater than it otherwise would have been, and there will be particular difficulties from higher food prices in countries where that accounts for a larger proportion of family budgets.

We cannot do anything about that spike in inflation. But in the months ahead there will be a drive to replace Russia’s role. That will include more efforts at conservation, a reduction in use of all fossil fuels, even more thought to making supply chains simpler, and increased awareness that the West has been utterly naive in its assessment of political risk.

But in the medium-term the world will develop a more robust economic system. The overriding fact is the entire democratic developed world is more united than at any stage I have seen in my adult life. The tragedy is that it has taken this catastrophe to make us pull together.