Inflation is rising fast and the cost of living crunch is going to hurt but stock markets have decided the world will cope, says HAMISH MCRAE

So what next? That was a dismal week in just about every way. Rishi Sunak’s Spring Statement and the tidal wave of gloomy comment that followed it compounded all our wider concerns about the coming months.

However the dreadful events in Ukraine unfold, we seem set for higher inflation, a bigger squeeze on living standards and, if you believe the projections, the highest level of taxation relative to gross domestic product since the early 1950s. And all this from a Chancellor who says he wants to cut tax.

When you get a tidal wave of information the problem is always to sort out what is really new and important, and what is just political noise – and then figure out what this means. Let’s try. 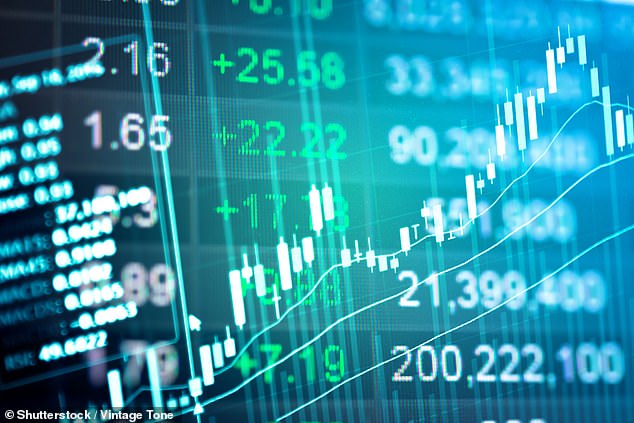 Which way up?: When you get a tidal wave of information the problem is always to sort out what is really new and important, and what is just political noise

There is the inflation story. I would not be surprised if the Retail Price Index, the traditional measure, rises above 10 per cent. The Consumer Prices Index, which the UK introduced to harmonise with the EU’s method of calculating inflation, will be about 8 per cent. But we all knew this – or at least those of us with any sense of history were expecting a surge even before the addition of pressure from the war in Ukraine.

What we don’t know is how fast inflation will fall next year, and my instinct here is that it will settle in the 3 per cent region, maybe a little higher. So the outlook is deeply troubling in the short term, but not so dreadful in the long.

The public finances are indeed much better than the Office for Budget Responsibility thought even last October. We knew that. But instead of using those extra tax revenues to ease us through the summer squeeze, the Chancellor decided to hold back.

Why? To be fair there are huge uncertainties, including the cost of servicing the national debt, a quarter of which is index-linked to the Retail Price Index. That is uncomfortable. Imagine what it would be like to have a mortgage linked to the value of your house, so if the value went up the debt would go up too. But I can’t help feeling that the plan will be to make big tax cuts ahead of the next election, much bigger than the income tax cut he announced, and dare the Opposition to match them. The idea that taxes will be the highest since the early 1950s just won’t happen.

What about the blow to the world economy in general that follows from the Ukraine war and the sanctions imposed on Russia? The question here is whether the big downgrade of our growth this year and next is right. Of course real growth will be lower. If we have to pay more for our energy, as we will, we will have less money to spend on other things.

But all economies adjust to changing circumstances, just as we adjust to price changes in our daily lives. So we may manage to scramble through in better shape than the economic models predict.

To give just one example of the limits of economic predictions, last October the OBR forecast that this quarter unemployment would rise to 5 per cent. Instead it fell, and is now 3.9 per cent. That is 390,000 fewer people. Not only did the OBR get the size of the deficit wrong. It got the labour market wrong too.

If the economic models are not much use, what else is there? Well, there is history – what happened in similar situations in the past? The surge in inflation has led to many comparisons to the 1970s, but while there are certainly uncomfortable parallels, as I have argued before, this does not feel like the 1970s. There is deep discomfort with what is happening, but not the sense of despair.

Maybe the best way of catching a feeling for the way things will develop in the coming months is to look at the markets. After all they are driven by the millions of people who have to make some sort of assessment of this overload of information.

So ask yourself this: Why has the FTSE 100 Index closed this week higher than it opened? It opened at 7,405 and closed at 7,483. Other features of the week include the Brent Crude oil price ending close to where it began at $110 to $115 a barrel. The S&P 500 index of major US companies is up, and as you might expect the dollar has strengthened.

You do not need to agree entirely with the thesis of The Wisdom of Crowds, the 2004 book by James Surowiecki, that the mass of ordinary people make better decisions than the few experts.

But right now I would rather have the judgment of the markets than anything else. And that judgment is that the world can cope.