HAMISH MCRAE: No time to clobber us with tax


HAMISH MCRAE: It’s no time to clobber us with tax! The UK risks having too low interest rates and too high taxation


The UK is in danger of having the wrong mix of economic policies: too loose monetary policy and too tight fiscal. Or put at its most basic: too low interest rates and too high taxation.

We all know about the first. Along with the other central banks, the Bank of England has flooded the country with money and held interest rates at bargain basement levels.

There has been less attention to the second, largely because taxes have not yet gone up. However, one aspect of the Government’s tax plans has come under attack, in this newspaper among other places, and that is the proposed increase in National Insurance Contributions due to start this April. 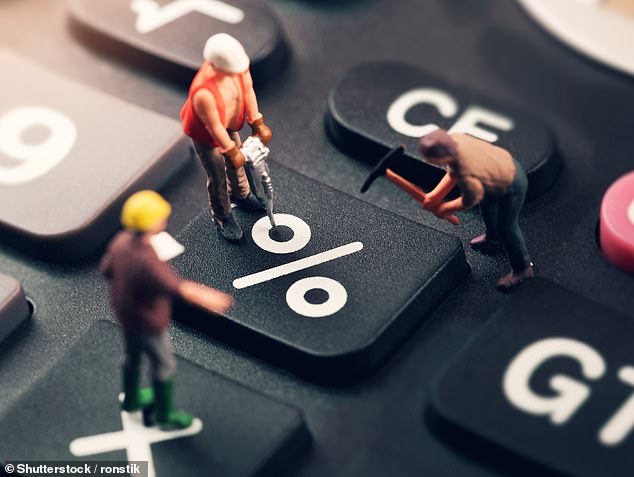 Work in progress: One aspect of the Government’s tax plans has come under attack, and that is the proposed increase in National Insurance Contributions

This is planned to compensate the NHS for the extra costs of the pandemic, and then – when things return to normal – to fund social care of the elderly. The announcement came from the Prime Minister.

The shift in monetary policy is a done deal. Soaring inflation in the UK and just about everywhere has seen to that. We have started to make baby steps in increasing rates, and it is almost certain there will be another increase in February. What is happening in America gives cover for the Bank to move faster.

The US Federal Reserve indicated last week that it was likely to make several increases in rates this year. The markets are now sure that it will raise rates at its next meeting in March, and the only issue is how big the increase will be: a quarter per cent or half a per cent.

The Fed chairman, Jerome Powell, stressed that the strong labour market meant there was no need to hold off increasing rates, and that he was very concerned about inflation because that hit poorer people.

The same arguments apply here. Demand for labour is massive, with more than 1.2million unfilled vacancies, and the rising cost of living hits the people least able to cope. By the end of this year, interest rates on both sides of the Atlantic will be much higher.

The shift in UK fiscal policy, by contrast, is not a done deal at all. There is still a huge deficit, expected to be around 8 per cent of GDP this financial year, and perhaps narrowing to 4 per cent or a bit less in the financial year that starts in April.

However, the Government’s finances are looking better than they did last autumn. Last week, we got figures for the first nine months of the fiscal year. The deficit was just under £147billion – terrible, but about £13billion less than the Office for Budget Responsibility had forecast.

True, that is only nine months and the big tax-gathering month is January, as people scrambling to get their self-assessment tax returns in will be all too aware.

But there is no doubt that tax revenues are higher than expected, just as there is no doubt that employment is recovering faster than expected. If this improvement is maintained, the extra revenues will cover the extra funding for the NHS and for social care without the additional levy on National Insurance. When Boris Johnson announced the social care package, he put the cost at £36billion over three years. You don’t need to be a genius at maths to work out that £13billion a year covers that with a bit to spare.

Now it seems the Prime Minister has reached the same conclusion and wants to scrap the levy. Prime Ministers always like announcing spending plans and leaving it to the Chancellor next door to figure out how to pay for them. It is obviously unpopular to clobber the incomes of working people right now, when the real value of everyone’s salary is being whittled away by the relentless rise in prices. But quite aside from the politics, there is a respectable economic argument for being cautious.

That argument comes in two parts. One is that it is not a good idea to hit the economy with a tax rise when it is also being hit by higher interest rates. The other is that if you are going to put up taxes you should try not to do so in a way that discourages employment.

On the first, not only do we have little idea how fast rates will rise but many people have no experience of a sharp increase in the cost of money. Base rate has been below 1 per cent since March 2009. We know higher rates are likely to dampen demand but we don’t know by how much.

On the second, while employment is amazingly strong right now, the job market may be more fragile than it seems. If the Government does need more revenue – and I don’t think it does – it ought to find some other way of raising it.