HAMISH MCRAE: US still a safe haven for investors


HAMISH MCRAE: Where will troubled investors place their funds this year? The answer will I think be mostly in America


Where is safety? The answer is that it is almost certainly in America, but that all depends on the wisdom of the Federal Reserve in Washington DC, where I am writing this column.

Confidence has been hit by three blows. First came the crash in the share price of the high-tech US giants, a crash only partially reversed. Then came growing evidence of the surge in inflation worldwide, and the prospect of much faster increases in interest rates than the markets expected even a few weeks ago.

And now there are the tensions between Russia and Ukraine – and the real possibility of war in Europe. 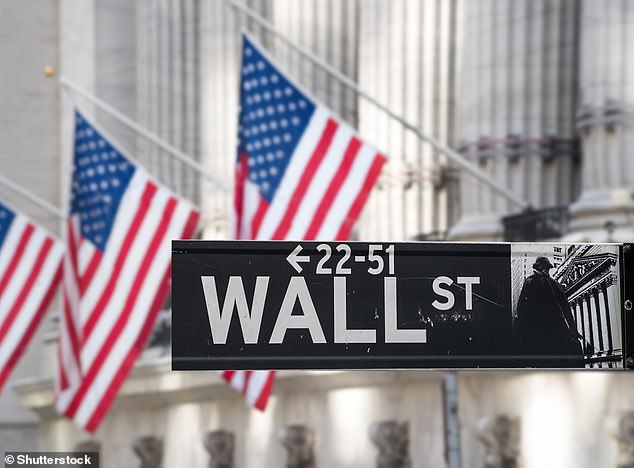 Moving in the right direction?: The US is the traditional safe haven for investors in troubled times

So whereas this year seemed likely to be one of a steady, solid global recovery as the threat of Covid-19 retreated and global supply chains returned to normality, it has so far been at best disappointing and at worst rather frightening.

Faced with all this, where will troubled investors place their funds? The answer will I think be mostly in America. The US is the traditional safe haven in troubled times. Where else do you go? There is the classic home for funk money in gold, but that is a relatively small market. The total value of all the gold in the world is only $10trillion, and a lot of that is locked up in central bank reserves.

Equity markets are in a different league. US equities, that is the value of the companies quoted on US stock exchanges, are worth roughly $55trillion, while global equities some $100trillion.

There are the new and untried assets in the shape of cryptocurrencies but notwithstanding all the hype, they are quite small. The total value of all cryptocurrencies is less than $2trillion. In any case I think the pitch that they give protection against inflation is absurd. They are assets for frothy markets, not for fearful ones. As for any form of fixed interest security, aside from index-linked ones, there is zero protection against inflation, and bond values have plunged as interest rates climb.

So where else? Europe? Not a brilliant idea if there is going to be a war. Though there are many great enterprises across the Continent, investors will inevitably focus on Europe’s dependence on Russian gas, and the more general disruption the region faces. There will be a price shock if Russia invades, even if it does not restrict gas supplies, and the price shock comes at absolutely the wrong time.

The UK? Yes, as argued increasingly by the equity strategists, there is at least some value in London-listed companies, and the Footsie has performed relatively well this year. But the market is too small to absorb a flood of global funds.

What Europe and the UK do offer are plenty of ways into another traditional safe haven in inflationary times: commodity and energy companies. But these are sectors that many investors shun because of environmental concerns. Whether those concerns are justified is a separate question. The point here is that they are not as useful a hedge as they were in previous cycles.

So the argument keeps coming back to America. Apart from China, where there are other obvious risks, it has had the strongest recovery of any large economy, up more than 3 per cent on its pre-pandemic peak.

That momentum will carry it forward through this year. And while the dollar is somewhat overvalued as measured by its purchasing power parity, that is largely due to its safe-haven status. I do think the dollar could come back a bit this year, just as I think that many of the most fashionable high-tech companies are overvalued. But while the Federal Reserve maintains the confidence of the markets, the dollar’s safe-haven status is secure.

Therein lies the core of the case for investing in America. Do you trust the Fed to do the right thing? There is a political debate here in Washington as to the extent to which large corporations are exacerbating inflation by taking advantage of their market positions to widen their margins.

But that is not the prime driver of inflation. The plain truth is that the economy is running hot – too hot. The challenge for the Fed is how to cool it down by increasing interest rates, but do so without scuppering the entire economic recovery.

I’m worried about the burden on it, as I know people in the Fed are worried too. Fiscal policy is too loose, which increases the load on monetary policy. But I trust it, and I judge the global investment community will trust it too.