Has Formula 1 been a money-spinner for owner Liberty Media?


Has Formula 1 been a money-spinner for owner Liberty Media? As the new season begins we take a look at the numbers

By Lee Wild For Thisismoney.co.uk

Whether you’re a fan of motorsport or not, it was impossible to miss the climax to last year’s Formula One season, as race director Michael Masi and Red Bull’s Max Verstappen bumped Sir Lewis Hamilton out of a record-breaking eighth world championship on the final lap of the last race of 2021.

With the dust barely settled after that thriller at the Yas Marina Circuit in Abu Dhabi, Mercedes star Hamilton faces the Dutchman again at this weekend’s season opener in Bahrain.

It’s one of the most hotly anticipated seasons in years, and not just because of the intense rivalry at the front of the grid. Formula One is also now big business and being stepped up by owners Libery Media.

Eight years after the Mercedes-dominated turbo-hybrid era began, another set of rule changes in 2022 heralds the beginning of a new revolution in F1.

Amazing aerodynamics, 18-inch low-profile tyres and closer racing will attract a huge TV audience, many of whom will likely be a new generation of younger fans.

Millions will share their views on social media as events unfold over race weekend, and millions more will be spent on race tickets, merchandise and corporate hospitality over the 22-race season.

After a record-breaking 2021, this year should be another money-spinner for Formula One’s owner Liberty Media.

The American company bought F1 from private equity firm CVC Partners in 2017 for over $4 billion. Many accuse CVC of exploiting the multi-billion-dollar industry for its own gain at the expense of the sport, prioritising profits over investment. 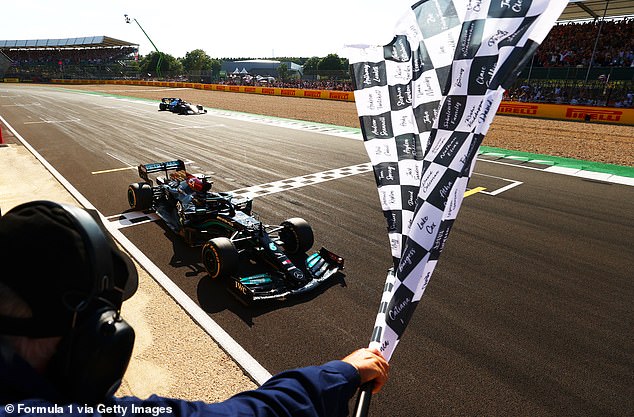 After a record-breaking 2021, this year should be another money-spinner for Formula One’s owner Liberty Media.

Liberty had plenty of work to do when it took the wheel of F1, and the pandemic made it an even harder track to navigate. In a normal year, Liberty could expect to generate revenue of around $2 billion, most of it from race promotion fees, media rights and sponsorship.

But it costs a lot to put on the show, and Mercedes, Ferrari and Red Bull need paying too – usually about $1 billion a year between the 10 race teams.

Staff costs and marketing have been going up, and there’s the cost that accountants call depreciation and amortization. It sounds boring, but it’s the most important thing that Liberty owns – amortisation is how companies allocate the cost of an intangible asset over time.

In this instance, it refers to Liberty’s rights to commercialise the F1 championship for 100 years, which is amortized over 35 years.

Put all the moving parts into a mixing bowl and Liberty’s financial figures over the past five years make for a fascinating read both for F1 fans and investors alike.